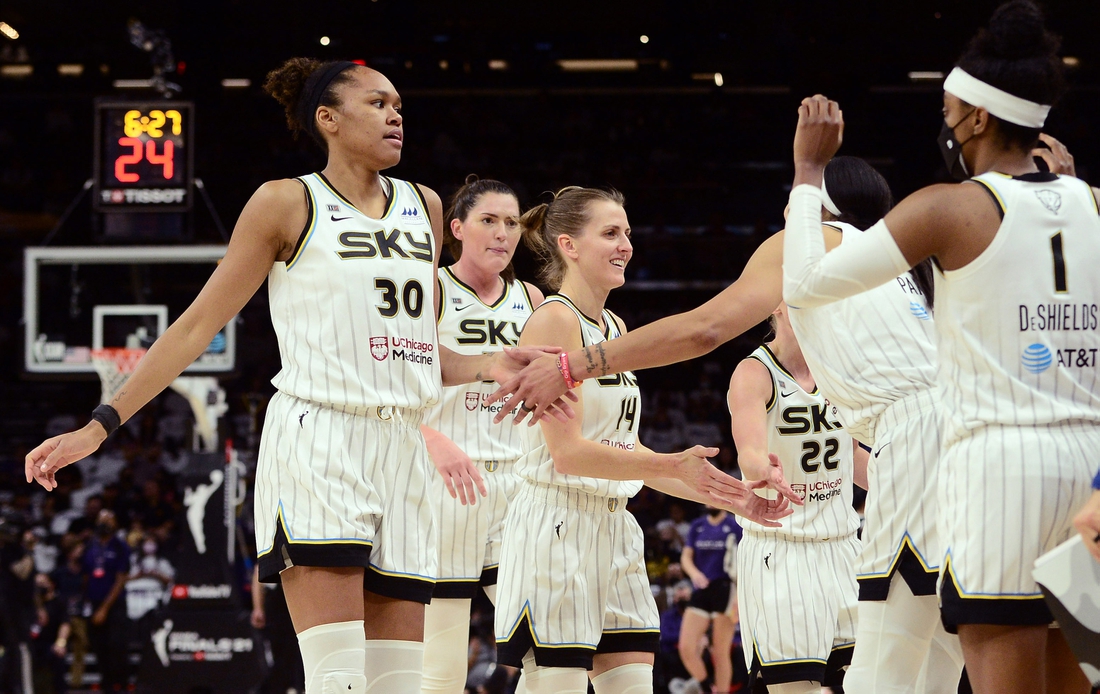 After grabbing home-court advantage in the WNBA Finals on the road, the Chicago Sky head into Wednesday’s contest in Phoenix saying they aren’t satisfied with one road win in the series.

They can take a commanding lead when they visit the Mercury for Game 2 of the best-of-five series, having cooled off Phoenix on Sunday, 91-77.

“There’s definitely a lot of confidence knowing that we now have (the advantage),” guard Allie Quigley said.

Game 3 is set for Chicago on Friday, and Game 4, if necessary, would follow on Sunday.

Chicago had three days between games after finishing off top-seeded Connecticut in four games in the semifinals.

Fifth-seeded Phoenix was playing in the series opener less than 48 hours after holding off second-seeded Las Vegas. In that series, the Mercury bounced back from a road loss in Game 1 to eventually advance in five games.

“We started the game really well, then they took it to a different level,” said Phoenix star Diana Taurasi, who had 17 points, but six turnovers and five fouls in Game 1. “It had nothing to do with us being tired. That’s what they did for 40 minutes, and we didn’t. That was all them.

“I was pretty pathetic with the basketball, and that’s on me. We can’t turn the ball over like that, especially not in the Finals.”

The Mercury, who lost starting guard Kia Nurse to a torn ACL against Las Vegas, expect to get top reserve Sophie Cunningham back for Game 2. She has missed the last three games due to a calf strain.

“Our starters have carried us all season long,” coach Sandy Brondello said, “but at least we have Sophie back because it gives us another option. But it’s not one person. Everyone needs to step up.”

Chicago is 6-1 in the playoffs this season, including the franchise’s first Finals win in four tries.