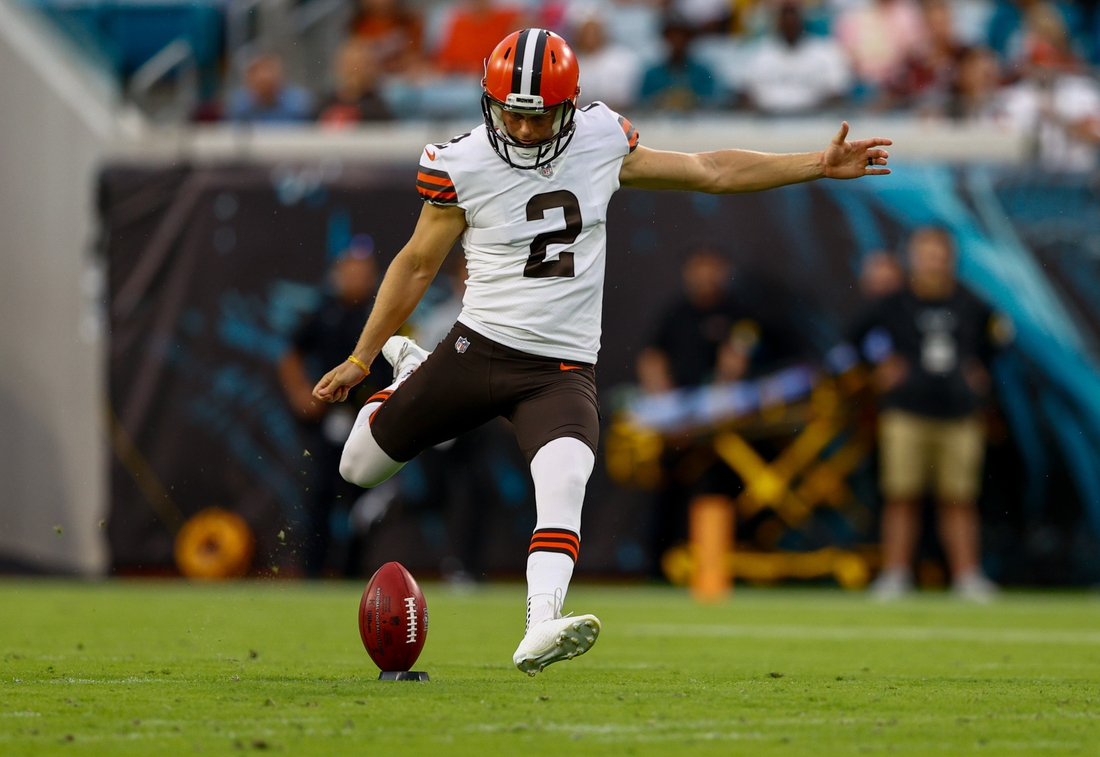 The New Orleans Saints on Tuesday reportedly signed Brian Johnson off the practice squad of the Chicago Bears, making him the team’s fourth kicker already this season.

Cody Parkey injured his groin during pregame warmups in the Saints’ win over the Washington Football Team on Sunday. He is headed to injured reserve.

The Saints brought Parkey aboard last week to replace the struggling Aldrick Rosas, who was signed to replace Wil Lutz. The latter is on IR while recovering from groin muscle surgery over the summer.

With a bye this week, the Saints are hoping Lutz will be ready to come off IR in Week 7.

Johnson was waived by the Bears after the preseason but then resigned to their practice squad. He made 54 of 71 field goal tries for Virginia Tech and converted all 131 of his extra-point attempts.

Parkey, 29, converted just 3 of 5 extra-point attempts in Sunday’s win while trying to play through the injury. He did not attempt a field goal.

Parkey kicked in 15 games for the Cleveland Browns in 2020. He’s made 84.6 percent of his field-goal attempts in his career (84 games) and converted 93.5 percent of his PATs.