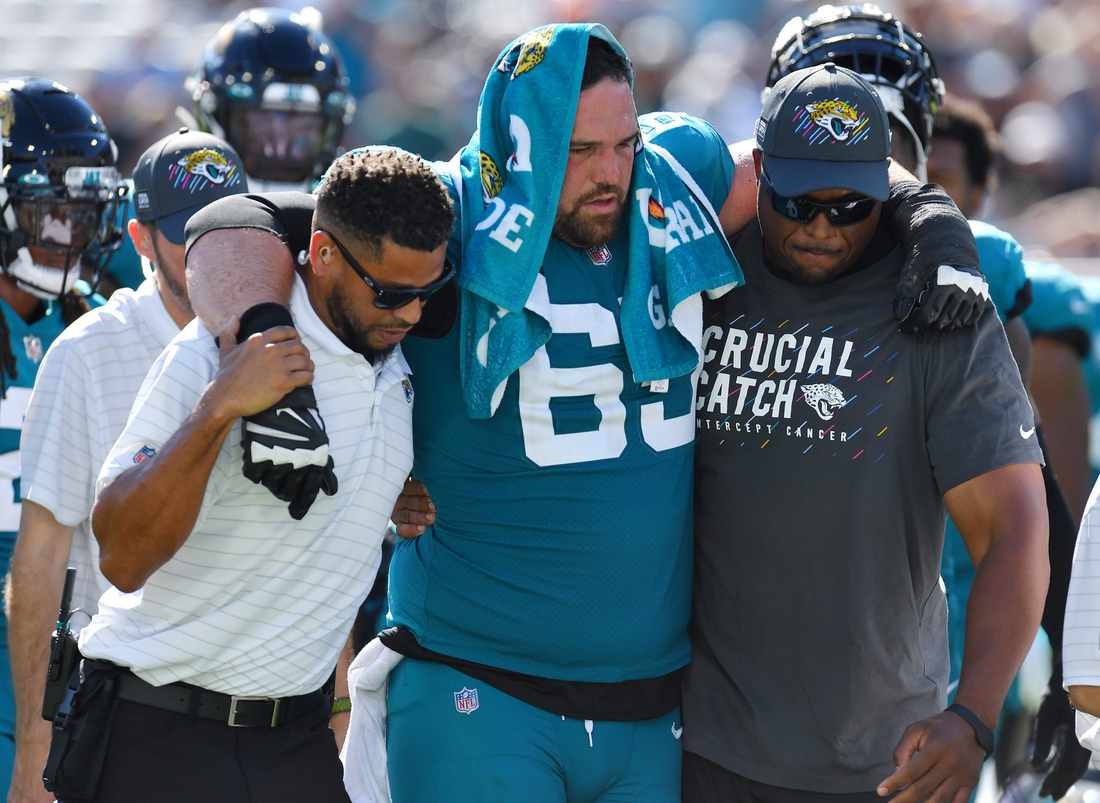 Linder, 29, was carted off the field in the fourth quarter of the Jaguars’ loss to the Tennessee Titans last Sunday. Linder got piled on in the aftermath of a fourth-and-goal run by Jags running back Carlos Hyde, which resulted in a 3-yard loss. Linder was clutching his right leg as the pile cleared.

Linder had played every snap of the season to that point. He has started all 84 games he has played for the Jags since being taken in the third round of the 2014 NFL Draft.

The team signed offensive lineman Rashaad Coward in a corresponding move. Coward, 26, spent the first four weeks of the season in Pittsburgh without appearing in a game. He previously played in 30 games (15 starts) in three seasons with the Chicago Bears.