NFL: Bucs’ Tom Brady on injured thumb: ‘I should be fine’ 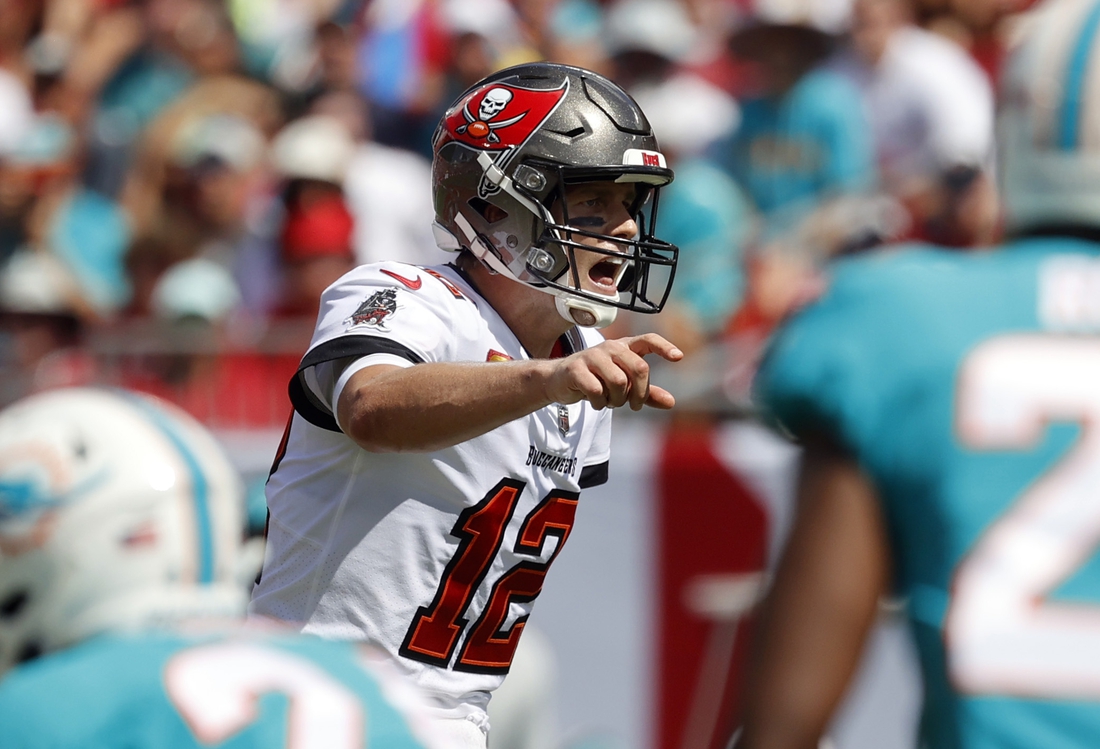 Tom Brady downplayed the severity of his right thumb injury on Tuesday, telling reporters that he doesn’t feel it will affect him in the Tampa Bay Buccaneers’ upcoming road game against the Philadelphia Eagles.

“I think it’s just a little bit sore, but I’d expect it to be. But I think I should be fine for Thursday,” said Brady, who had his thumb and wrist taped while on the podium.

Brady, 44, hurt his thumb in the second quarter of Tampa Bay’s 45-17 romp over the Miami Dolphins on Sunday.

The three-time NFL MVP hardly was slowed by the injury, as he finished with 411 yards and five touchdown passes for the Buccaneers (4-1). It was the first time in his 22-year career that he passed for 400-plus yards with five TDs in the same game.

“I was aware of it,” Brady said of the injury. “I mean, look, the quarterback’s right hand is important at the end of the day. It’s not like it’s your left hand. If it was my left hand, I wouldn’t even think two seconds about it. The fact that it’s your throwing hand, there’s not many things that are that important to a quarterback, other than probably your right shoulder, your right elbow and your right hand. So, any time you get banged on one of those it could be an issue, but like I said I think it’s … there’s nothing, no serious injury at all.

“It’s more of discomfort but I think that should be fine in the next day or two.”