WNBA: Mercury look to deal Aces out of semifinal series 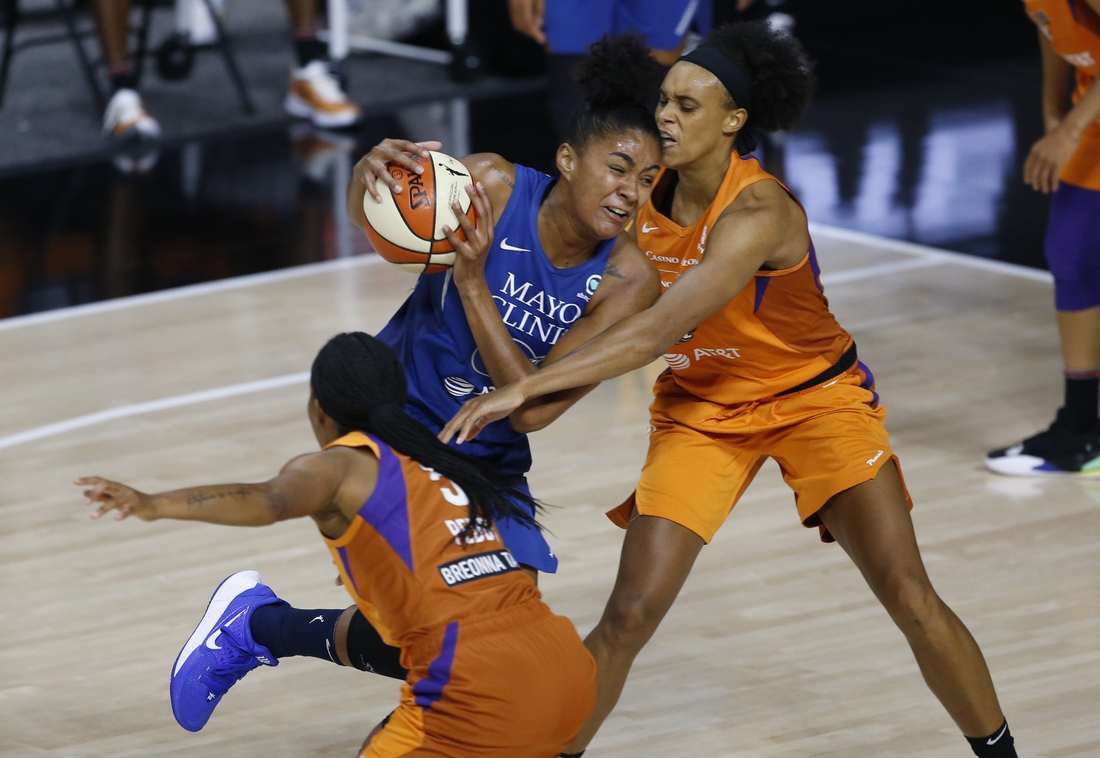 That versatility produced consecutive victories and a 2-1 lead over the Las Vegas Aces in a best-of-five WNBA semifinal playoff series.

The fifth-seeded Mercury can advance to the WNBA Finals for the first time since 2014 by beating the second-seeded Aces on Wednesday night in Phoenix. Las Vegas would host Game 5 on Friday with a win in Game 4.

Brianna Turner scored a career-high 23 points in addition to grabbing 17 of her team’s WNBA playoff-record 58 rebounds and helped hold the Aces 29 points below their average in an 87-60 home victory Sunday.

Turner was a key factor in limiting Las Vegas forward A’Ja Wilson, the 2020 WNBA MVP, to eight points on 2-of-14 shooting.

“I was more impressed with her defensive job on Wilson and her rebounding (than her scoring),” Brondello said.

Phoenix has not trailed in either of its wins. It set a WNBA playoff record for points in regulation in its 117-91 victory in Game 2.

“We’re lacking,” said Aces center Liz Cambage, who had a team-high 13 points in her first start since returning from COVID. “I don’t feel like this is our team right now. We’re a team that plays a lot better with pressure on us.”

Las Vegas can draw on the experience of recovering from a 2-1 deficit against Connecticut in last year’s semifinals before winning Games 4 and 5.

“We knew we just had to reset and get back to playing Aces basketball,” wing Jackie Young said. “That’s what we have to do right now.”

Las Vegas coach Bill Laimbeer said he expects his team to play its best game of the series Wednesday.