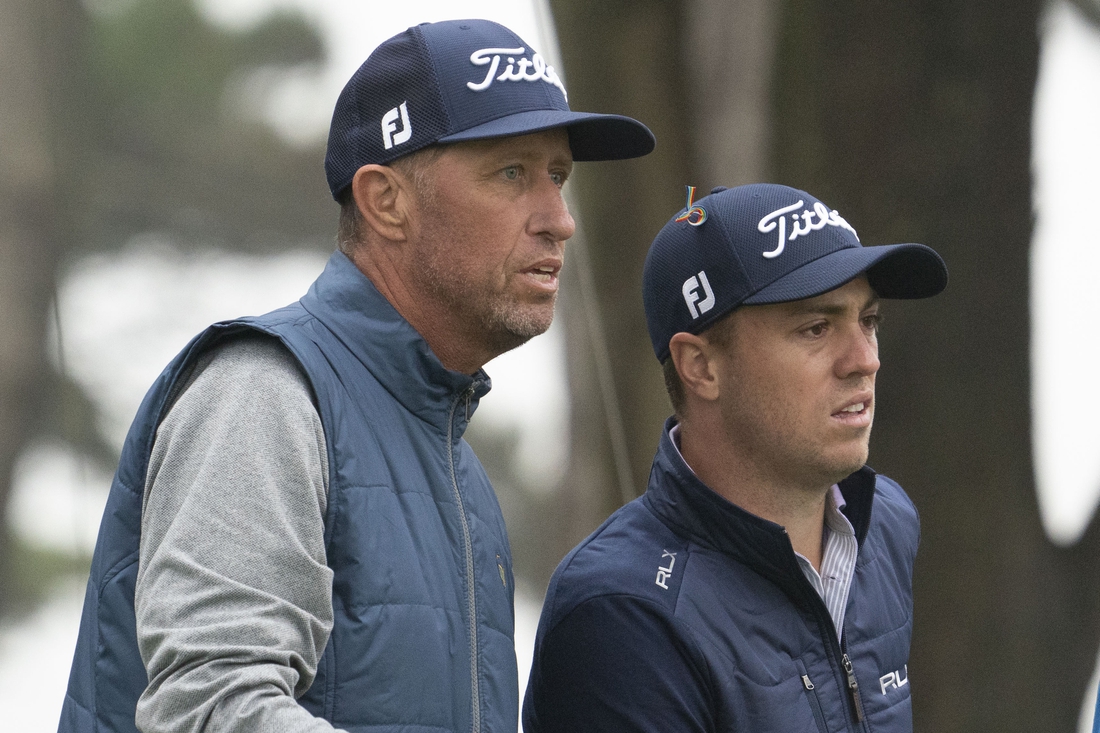 For a 14-time PGA Tour winner, former FedExCup and current Ryder Cup champion, Justin Thomas is embracing change as he heads into his 2021-22 campaign.

It’s not like the 28-year-old and former No. 1 player in the world had a terrible season — seven top-10 finishes, an overall No. 4 FedExCup ranking and a title at the Players Championship.

But after finishing as the Tour’s leading money winner in three of the previous four seasons, Thomas’ performance dipped a bit. Sure, he started fine enough (three top-fives in first six events) and ended the season well (fourth place in two of his final three tournaments).

But between those stretches included a 15-tourney span when his Players Championship win was his only top-five.

“I think it’s going to be something where we’ll just kind of learn, you know?” Thomas said while interviewed Tuesday in Las Vegas, with Summit Creek the site of this weekend’s CJ Cup. “Obviously I’m comfortable right now and I think he’s comfortable now, but I’m sure as more and more events go on, like anything, you just get better and better.

“At least that’s the hope.”

Mackay has previous experience working with Thomas, stepping in for Johnson at the 2018 Sony Open (Thomas finished T-14) and again in 2020 at the WGC-FedEx St. Jude Invitational, which Thomas won by three strokes.

“I think that’s the exciting part about it is that we’re already very confident, I feel like we can do a lot of great things, but at the same time we’re just going to continue to learn and know each other better and better and hopefully get more comfortable.

“So … yeah, we feel very comfortable, but there’s always going to be things that, like I said, we’re going to learn about each other as we go on. I think we’re both very excited and looking forward to that.”

Thomas spoke optimistically of his recent play, both down the stretch last season and during his Ryder Cup stint for Team USA, when he went 2-1-0 at Whistling Straits.

“I really feel like I kind of found some good stuff there at the end of the season and into the playoffs to where I started playing a little bit better, and hopefully we’ll be able to take some of that into this fall and into the 2021-22 season,” Thomas said.