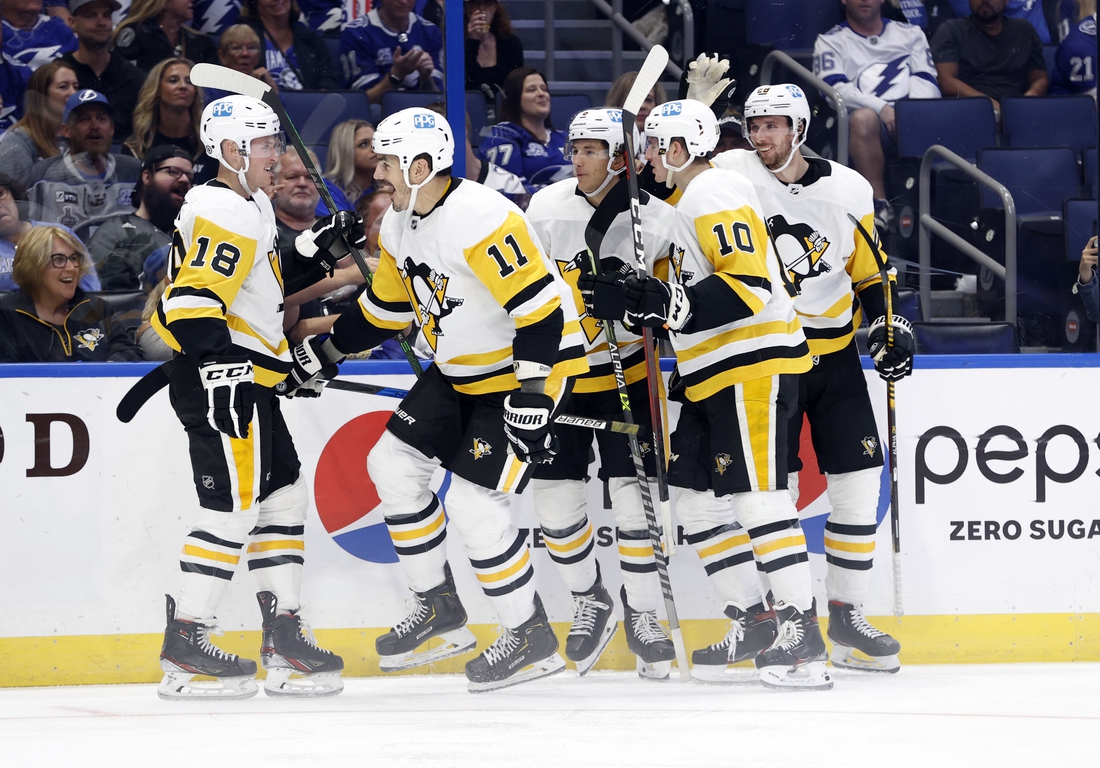 Playing without superstar centers Sidney Crosby and Evgeni Malkin, plus Zach Aston-Reese and Jake Guentzel — the latter two in COVID-19 protocol — the Penguins were more energetic on a night dedicated to the home side’s third championship.

In his first meaningful start since a poor showing in May’s first-round playoff exit against the New York Islanders, netminder Tristan Jarry was rarely tested and stopped 26 of 28 shots.

The Penguins, who had 12 players register points, won for the first time in the past five meetings with Tampa Bay.

Anthony Cirelli and Alex Killorn scored with Tampa Bay’s net empty in the last six minutes, but the club fell for the first time in eight season openers.

Standout goalie Andrei Vasilevskiy allowed three goals on 32 shots but had a critical blunder that resulted in Heinen’s tally.

Following the introduction of Tampa Bay’s staff and players and with the Stanley Cup on the ice, the organization raised its second straight banner, commemorating their 2020-21 Cup Final victory over the Montreal Canadiens this summer.

After a scoreless, penalty-free first period, the visitors sapped any enthusiasm the crowd had by netting two of their first three shots in the first 4:11 of the second frame.

Just 12 seconds in, Vasilevskiy misplayed a puck behind his goal, sending it to Jeff Carter along the end boards. The club’s new top-line center quickly fed Heinen for the first goal of the season into a vacated net.

With the Penguins short of centers, the club on Monday signed Boyle — who did not play last season — and he notched his first goal by slipping a shot between Vasilevskiy’s pads for a 2-0 lead.

The game marked the league’s first under its new contract with ESPN and the first on the network in 6,336 days.

Its last broadcast was June 7, 2004 — the night the Lightning beat the Calgary Flames in Game 7 of the Stanley Cup Final for their first championship.