PGA: Collin Morikawa has ‘sense of comfort’ on local track 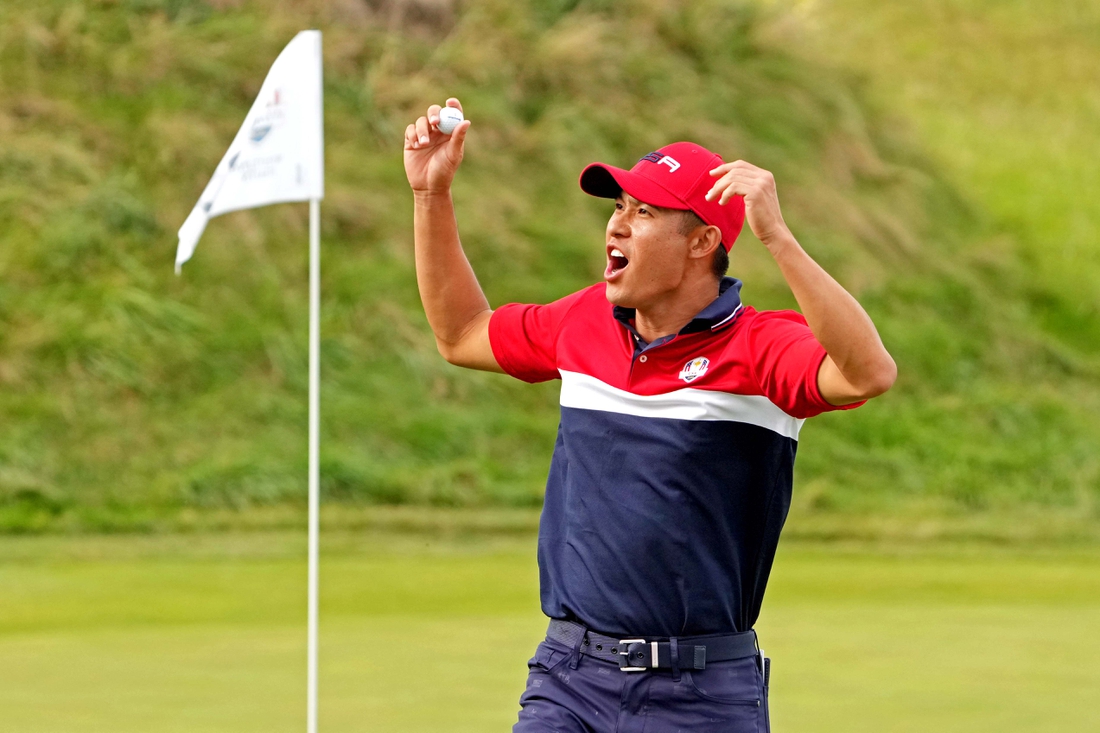 Collin Morikawa will have a distinct advantage when he kicks off his 2021-22 PGA Tour season at this week’s CJ Cup @ Summit.

While The Summit Club is a brand new course to many in the 78-player field, it happens to be Morikawa’s home course. The Las Vegas resident acknowledged he heads out to Summit on his off weeks just to “play however many holes.”

The world’s No. 3-ranked player last teed it up in a stroke play event when he finished 28th at the Tour Championship. That came on the heels of a missed cut at The Northern Trust Open and a tie for 63rd at the BMW Championship as Morikawa tried to play his way through a back injury.

He then took three weeks off before the Ryder Cup. The rest paid dividends as Morikawa went 3-0-1 in Team USA’s dominating victory over Team Europe at Whistling Straits.

Morikawa took another two weeks off, and now he is set to kick off his “Fall Swing” at The Summit Club.

He first downplayed the notion of a home-course advantage, pointing out that professional golfers regularly play new courses and spend the days ahead of an event figuring out a game plan. But Morikawa also used the word “comfort” numerous times in talking about the course Tuesday.

“But there’s just a sense of comfort. There’s not that sense of urgency to figure out the golf course per se today on Tuesday or (Wednesday) during the pro-am. I’m ready.”

Interestingly, Morikawa offers decent odds at +1600 at DraftKings this week. That’s the same as Rory McIlroy, who is teeing it up for the first time since a disappointing Ryder Cup showing.

The pre-tournament favorite is Morikawa’s Ryder Cup partner, Dustin Johnson (+1000). Justin Thomas, a two-time CJ Cup champion in South Korea, is being offered at +1200 along with Xander Schauffele.

Before injuring his back, Morikawa won The Open Championship and tied for fourth at the Olympics. Healthy again, he’s looking to kick-start this season on a strong note coming off an excellent performance at Whistling Straits.

Morikawa already has two major titles under his belt, which he said has changed his goals a bit. He declined to share his updated list, but he counted staying healthy among them as he has up-ramped his workout regimen.

“I’m going to go out and try and just be as prepped as I can come Thursday,” he said. “Summit’s obviously a beautiful course. I think there’s going to be quite a few birdies out here, but there’s nothing wrong with that, and hopefully we can make a few more than everyone else.”