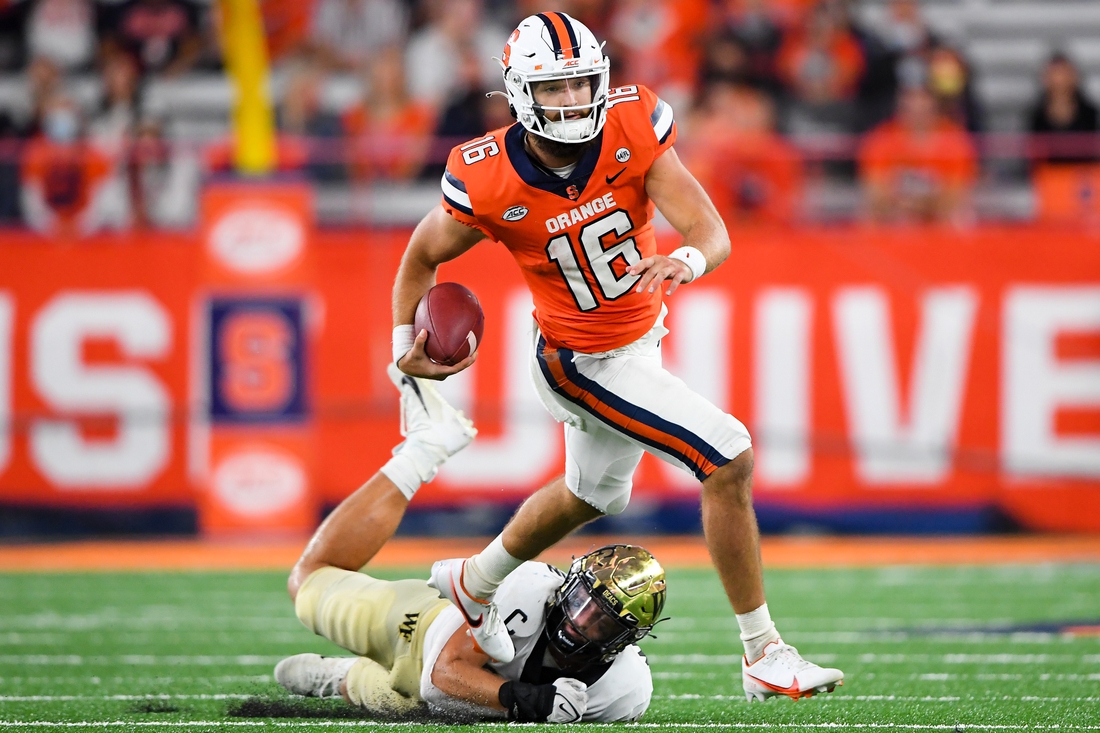 Despite the fact that Clemson has lost two regular-season games and has been dropped from the Top 25 for the first time since 2014, Syracuse coach Dino Babers scoffs at the notion that the Tigers are anything less than formidable.

“What have they got — about 150 stars over there?” said Babers, whose team plays host to Clemson in a nationally televised game Friday night on ESPN. “And now you’re saying that they’re no good? That’s the Clemson Tigers over there, man. Come on. Sheesh.

Syracuse (3-3, 0-2) remains winless in league play, but their two setbacks have both been by three points, including a 40-37 overtime loss against unbeaten Wake Forest on Saturday.

“They’re not much different than us — they’re two plays from being 5-1,” Clemson coach Dabo Swinney said. “We’re talking about last-play, overtime games that have gone down to the wire.

“Syracuse is a team that’s playing really tough on both sides of the ball. They’ve got a lot of experience. We’re trying to accomplish something we haven’t done, and that’s win on the road this year. It’s a huge challenge, a tough place to play.”

Swinney knows that all too well. In 2017, Syracuse stunned a No. 2-ranked Clemson team 27-24 on a Friday night in the Carrier Dome, prompting a post-game visit to the Orange locker room from Swinney.

“Last time we beat them he came in and spoke to the team, which I thought was really cool,” Babers said. “Our relationship is good. I think he does it the right way. I like his values. I like what his kids stand for. You can see he does a good job of raising young men.”

The Tigers’ loss of quarterback Trevor Lawrence and running back Travis Etienne as well as their top two receivers to the NFL has led to some offensive struggles this season. Quarterback D.J. Uiagalelei, who shined in two games as a replacement for Lawrence last season, has struggled, ranking last in the ACC in passing efficiency.

That defense could be challenged by the Orange, who have an emerging star in running back Sean Tucker, who leads the nation in all-purpose yards with 165.8 per game.

Swinney said he also is impressed by Syracuse quarterback Garrett Shrader, who accounted for 338 yards of total offense — 160 passing with two TDs and 178 rushing with another touchdown in the overtime loss to Wake Forest.

“This guy can run,” Swinney said of the transfer from Mississippi State, who became the starter just three weeks ago. “Sometimes I think they just tell everybody to go deep and then he just runs. He’s breaking tackles. If you’re not on point with this guy, it’s 40 yards, because he can run away from you.”