NFL: Eagles get next shot at slowing 44-year-old Tom Brady 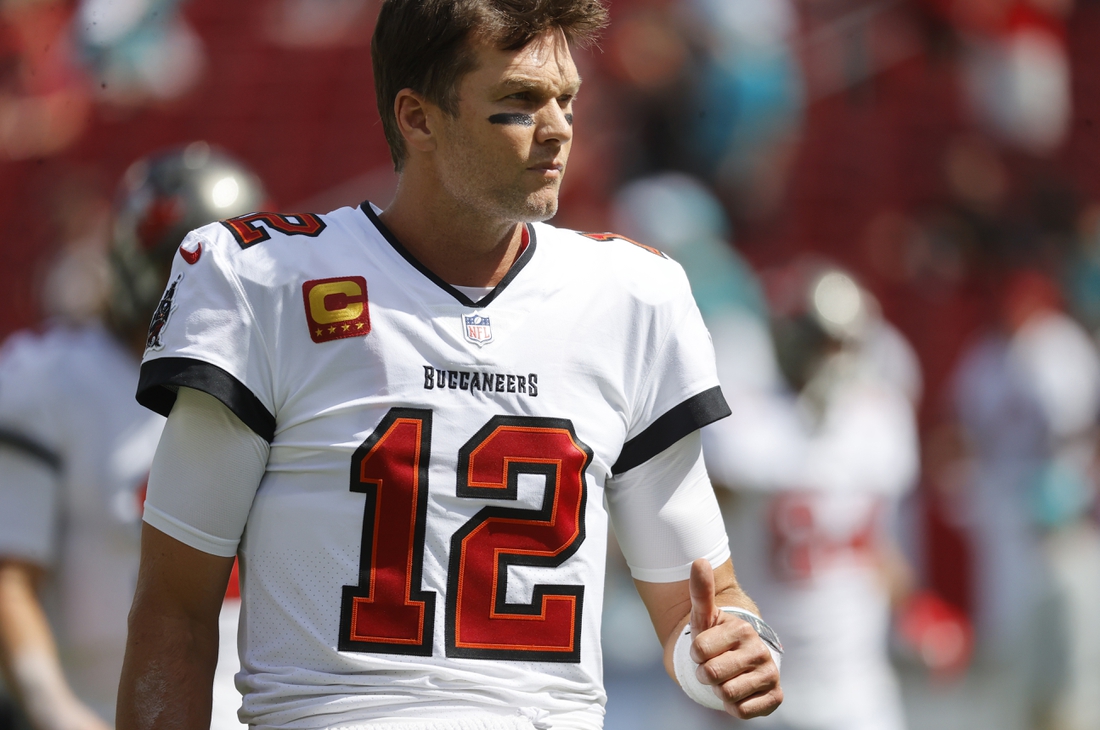 Tom Brady is showing no signs of slowing down. In fact, the 44-year-old quarterback is still accomplishing new feats.

The seven-time Super Bowl champion looks to continue his stellar season when the Tampa Bay Buccaneers (4-1) visit the Philadelphia Eagles (2-3) on Thursday night.

The huge outing is partly why Brady leads the NFL with 1,767 passing yards and ranks second with 15 touchdown passes. He also has an ongoing franchise record of 203 consecutive passes without an interception, breaking the club mark (199) he set last season.

“What he does is crazy, especially at his age and with the level of play that he has been able to sustain for such a long time,” Buccaneers receiver Mike Evans told reporters. “It’s unreal and I don’t think we will ever see it again.”

The right-handed Brady injured his passing thumb during the game versus Miami but insists the injury isn’t serious.

“You play a game and you get hit and you deal with different bumps and bruises over the course of the year,” Brady told reporters on Tuesday. “It’s just this bump and bruise just happens to be on my hand.

“I feel confident that I’ll be able to go out there and do what I need to do.”

“It’s a really tough defense,” Brady said. “They get a lot of pressure with those guys up front — they have one of the best D-Lines in football. They’re doing some different things with their coverages. They have a talented group of players, no doubt.”

The Eagles notched a 21-18 road victory over the Carolina Panthers last Sunday to halt a three-game slide.

Slay intercepted two passes and cornerback Steven Nelson picked off one as Philadelphia recovered from a 15-3 deficit late in the second quarter. The Eagles went ahead for the lone time on Jalen Hurts’ 6-yard touchdown run with 2:38 remaining.

Hurts passed for 198 with an interception. The yardage was his second-lowest of the season.

“It was a complete team win. That’s the beauty of the sport,” Hurts told reporters. “It’s all adversity. It’s all perseverance. You saw the ability to overcome. I’ve said it before. I believe in this football team. I believe in these coaches. I believe in everybody here. We have everything we need.”

The Thursday night contest marks the first on three days’ rest as a head coach for Philadelphia’s Nick Sirianni.

“Keep things simple,” Sirianni said of the approach. “Keep it to things that guys can learn and execute that you’ve been executing all year. But then again, also be able to attack them enough where you’re going after the style of defense they are.”

The Eagles placed tight end Dallas Goedert on the COVID-19 list on Tuesday. Right tackle Lane Johnson (personal matter) remains away from the team and will miss his third straight game.

Tampa Bay will be without linebacker Lavonte David (ankle), who was injured against the Dolphins and is expected to miss multiple games. Tight end Rob Gronkowski (ribs) will likely miss his third straight game.

The Buccaneers are hoping safety Antoine Winfield Jr. (concussion) will clear the protocol and be back after a one-game absence. Tampa Bay is short-handed in the secondary with cornerbacks Carlton Davis (quadriceps) and Sean Murphy-Bunting (elbow) both on injured reserve.