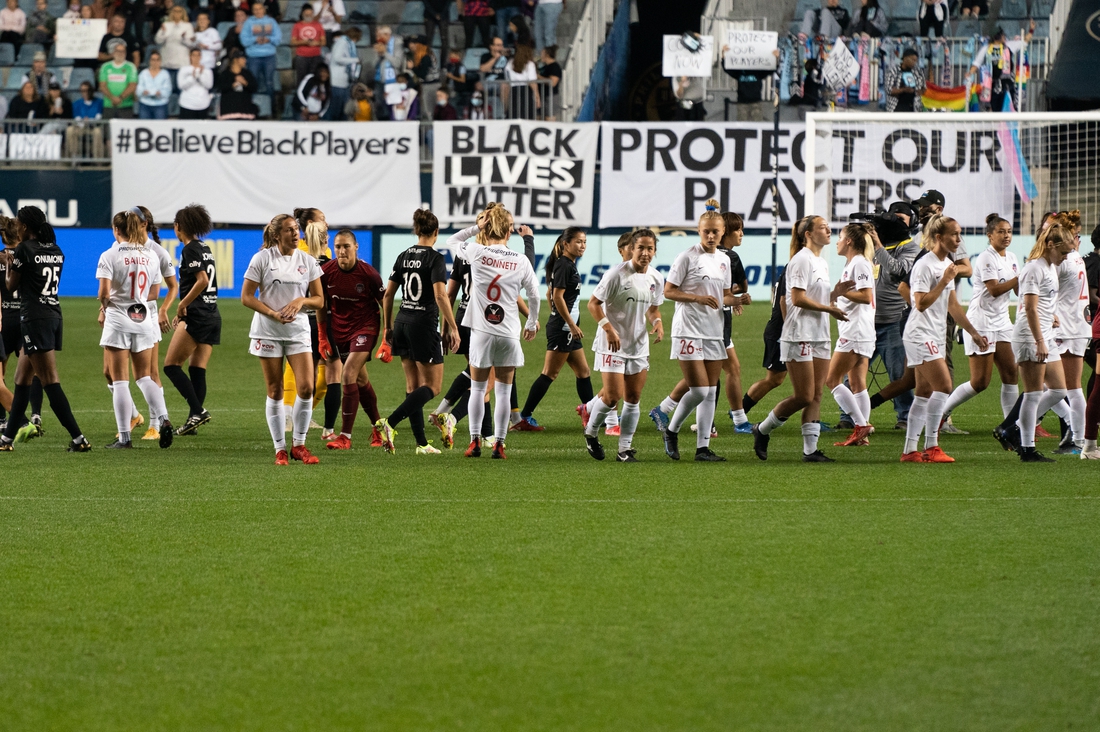 National Women’s Soccer League players briefly halted games Wednesday night in the sixth minute in a display designed to demonstrate solidarity with their colleagues who have spoken out about sexual coercion and abuse from coaches.

The NWSL Players Association issued a statement calling for further investigations into league office and club officials to find any additional cases of abuse.

The union wrote in a statement: “Players will join together in solidarity at the center circle for one minute in recognition of the 6 years it took for Mana (Shim), Sinead (Farrelly), and all those who fought for too long to be heard. We call on fans to stand in silence with us. During that time, we ask you to stand in that pain and discomfort with us, as we consider what too many of us have been asked to sit with for too long.

“We call on you to consider, in that minute, what is demanded of each of us to reclaim our league and our sport.”

Players from opposing teams stood arm in arm at the center circle in the sixth minute of the North Carolina Courage’s 3-1 win over Racing Louisville in Cary, N.J.; the NJ/NY Gotham’s scoreless tie against the Washington Spirit in Chester, Pa; and the visiting Houston Dash’s 3-2 win over the Portland Thorns.

Last week, Shim and Farrelly publicly revealed their stories of sexual abuse and misconduct from Paul Riley, formerly coach of the Thorns and most recently coach of the Courage. Riley was fired by the Courage on Sept. 30 after The Athletic detailed the allegations, which he denied.

NWSL commissioner Lisa Baird resigned Friday after she was accused of ignoring calls from Shim, Farrelly and others to properly investigate allegations of abuse.

Four NWSL coaches have been fired or resigned in recent weeks over various allegations of mistreating players.