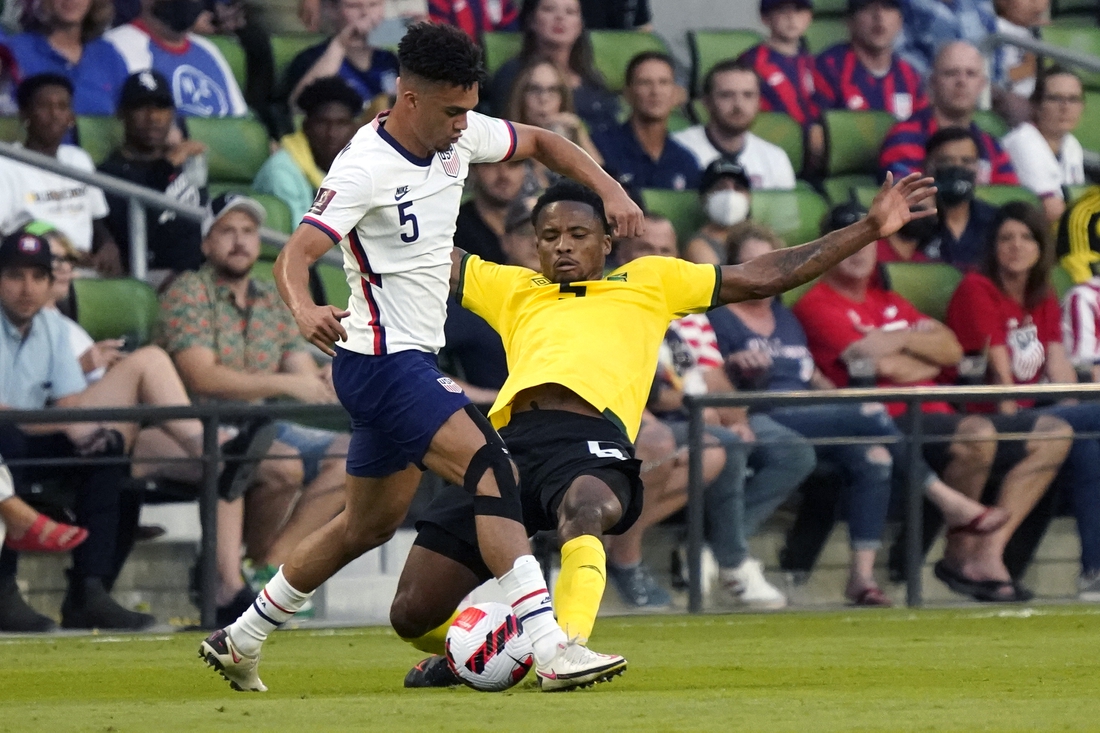 The United States (2-0-2, 8 points) moved into first place in the eight-team group after Mexico tied Canada 1-1 later Thursday. Mexico has the same record as the U.S., but the United States sit on top with a superior goal difference.

Pepi, 18, scored in the 49th and 62nd minutes to break the scoreless deadlock at Q2 Stadium. Gyasi Zardes replaced him in the 68th minute to save Pepi for the match Sunday at Panama before the Americans host Costa Rica on Wednesday in Columbus, Ohio.

Pepi, an El Paso, Texas, native and FC Dallas forward, scored and had two assists in the second half of his U.S. debut during a 4-1 qualifying win at Honduras on Sept. 8.

The U.S. responded to a frustrating first half against the underdog Jamaicans with a rapid counter for the lead.

The play started with a charge down the right flank by Yunus Musah and ended with a Sergino Dest cross for a header by Pepi.

The presence of Musah and Pepi marked the first time in USMNT qualifying history that two 18-year-olds started.

Pepi made it 2-0 from in front of the box after a Brenden Aaronson service from the left side. Pepi is the second-youngest USMNT player after Christian Pulisic, who is injured and not with the team, to record multiple goals in a game.

The U.S. was twice flummoxed in the first half by Grenadian referee Reon Radix in his first qualifying match.

In each instance, a Jamaican denied an obvious goal-scoring opportunity that could have drawn a red card, but he instead issued a caution both times.

The first came just 20 seconds into the match when Paul Arriola broke free only to be tackled by Kemar Lawrence. In the 34th minute, Damion Lowe fouled Aaronson a yard outside the penalty area.