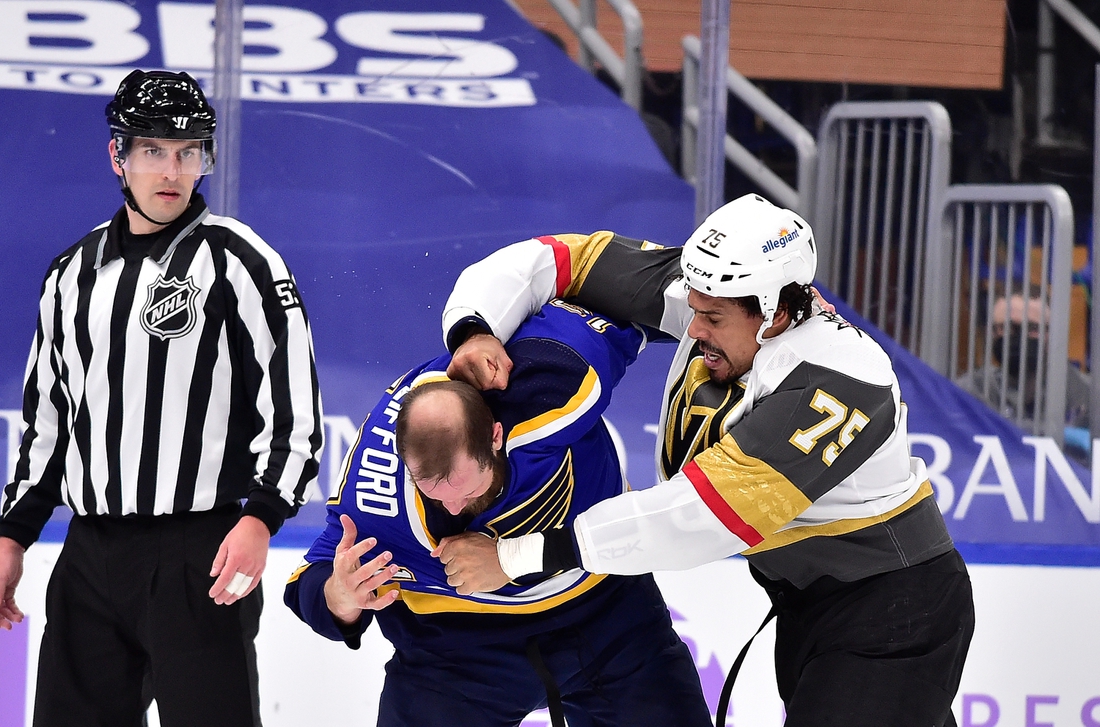 The NHL season could start with, well, a bang Wednesday night in Washington, D.C.

Ryan Reaves will be in uniform for the New York Rangers, as will Tom Wilson for the Washington Capitals.

So, too, will the newly extended Mika Zibanejad for the Rangers as well as superstar center Alex Ovechkin, who will be playing the first game of a five-year contract extension that the Capitals hope ends with him surpassing Wayne Gretzky as the greatest goal-scorer in NHL history.

In other words, there will be no shortage of intrigue in the season opener Wednesday, when the Capitals host the Rangers in the resumption of a Metropolitan Division rivalry that grew more heated than ever at the end of the shortened 2021 season.

The Capitals finished second in the realigned East Division last season and qualified for the playoffs for the seventh straight time before falling in the first round.

But Gallant will not be the most interesting new face at Capital One Arena. That would be Reaves, the well-known enforcer who the Rangers acquired from the Golden Knights in the offseason. Soon after the trade, Reaves signed an extension through 2022-23.

Last week he sustained a leg injury in a preseason game, which endangered his availability for the beginning of the season, but Monday he was back on the ice with the team’s fourth line.

Reaves, who is listed at 6-foot-2 and 225 pounds, has drawn 71 fighting majors — just the type of player the Rangers lacked in the May 3 game in which Wilson punched a prone Pavel Buchnevich in the back of the head before he pulled off the helmet of Artemi Panarin, dragged him to the ice and pushed him as the left winger tried to get up.

Wilson, who has been suspended a total of 27 games over his eight-year career, was fined $5,000, the most allowed by the collective bargaining agreement. In a rematch on May 5, the two teams brawled at faceoff and combined for 100 penalty minutes in the first period alone.

Their new contracts are pretty good indications the Rangers and Capitals also like what Zibanejad and Ovechkin bring. Zibanejad, who has led New York in goals in each of the last four seasons, signed an eight-year extension worth $68 million Sunday.

Ovechkin, who ranks sixth on the NHL’s all-time goal list, all but ensured he’d finish his Hall of Fame career with the Capitals by signing a five-year deal worth $47.5 million on July 27. He begins this season 164 goals shy of tying Gretzky’s record of 894, meaning he needs to average 33 goals for the next five seasons to break the mark.

Ovechkin scored at least 33 goals in seven straight seasons prior to last year, when he collected 24 goals in 45 games (a pace for nearly 44 in an 82-game season).

“You never know,” Ovechkin said about catching Gretzky. “I’m going to try. That’s why I want to play five more years. To have a chance to catch ‘The Great One,’ why not?”