NFL: Teddy Bridgewater knocked out of Ravens game with concussion 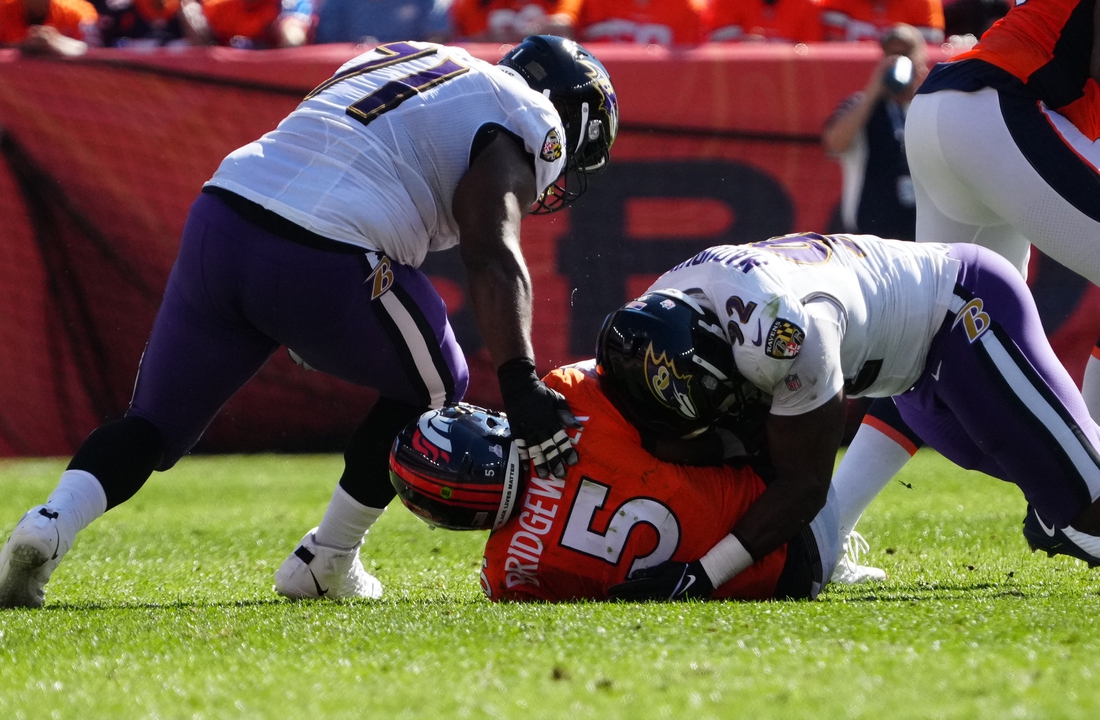 Denver Broncos quarterback Teddy Bridgewater has been ruled out for the second half against Baltimore with a concussion, the team announced.

Bridgewater was hurt on Denver’s final drive of the second quarter and was taken into the tent to be evaluated. Backup Drew Lock came on when the Broncos’ offense took the field for their first possession of the second half.

The team announced midway through the third quarter that Bridgewater was out for the rest of the game with the Ravens leading 17-7.

Bridgewater was 7-for-16 passing for 65 yards and a touchdown before leaving the game. In three-plus games, he has thrown five TD passes and no interceptions in his first season with Denver.