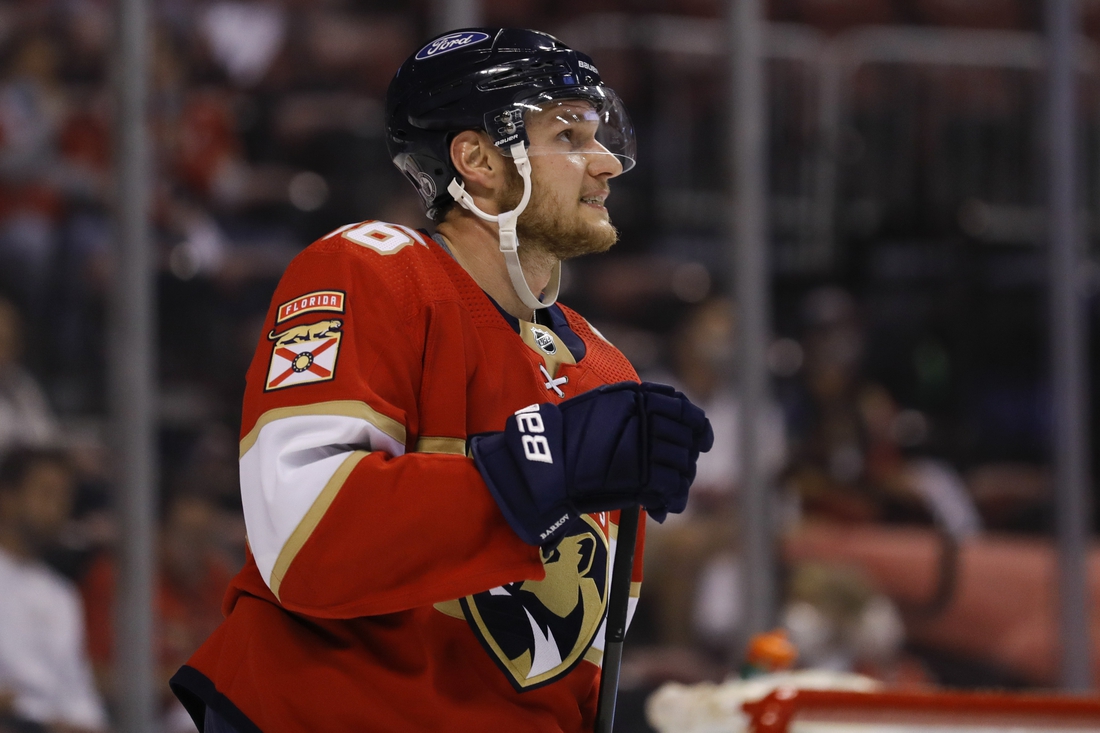 The deal is worth a reported $80 million and runs through the 2029-30 season. It is the most lucrative contract in franchise history, eclipsing the seven-year, $70 million contract signed by two-time Vezina Trophy recipient Sergei Bobrovsky in July 2019.

He received the Frank J. Selke Trophy last season, an annual honor given to the forward who best excels in the defensive aspects of the game.

“Over his past eight years in South Florida, Sasha has demonstrated his leadership, character and elite playmaking ability, cementing himself as one of the best all-around players in hockey,” Panthers general manager Bill Zito said in a news release. “He has earned the respect of the hockey community through work ethic and a team-first attitude. Most importantly, he is a tremendous person, athlete and friend and we are thrilled to secure Sasha as our leader on and off the ice for the next eight years.”

Florida opens the regular season at home against the Pittsburgh Penguins on Thursday.