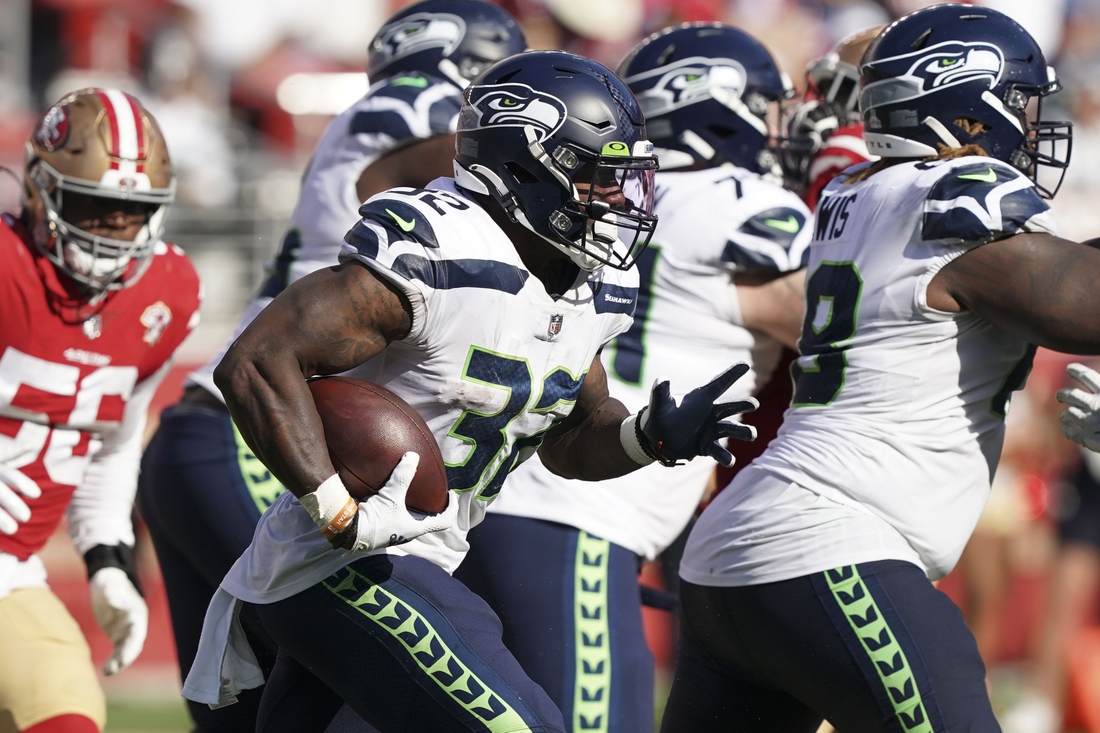 Seattle Seahawks running back Chris Carson missed practice again Wednesday with a neck injury and will be a game-time decision Thursday night.

Carson is officially listed as questionable. He also missed Monday’s walk-through but was listed as a resting veteran.

Seahawks coach Pete Carroll said Carson’s neck has “been bothering him all week.”

“Sometimes it flares up, sometimes it doesn’t,” Carroll said of Carson’s injury, noting that it’s “kind of a long-term” condition.

Carson rushed for just 30 yards on 13 attempts in last Sunday’s win over the San Francisco 49ers. On the season, Carson has 232 rushing yards and is averaging just 4.3 yards per carry, the lowest since his rookie season in 2017.

Alex Collins would get the start Thursday against the Los Angeles Rams (3-1) if Carson is unable to go. Collins gained 44 yards on 10 carries and a score vs. the 49ers.