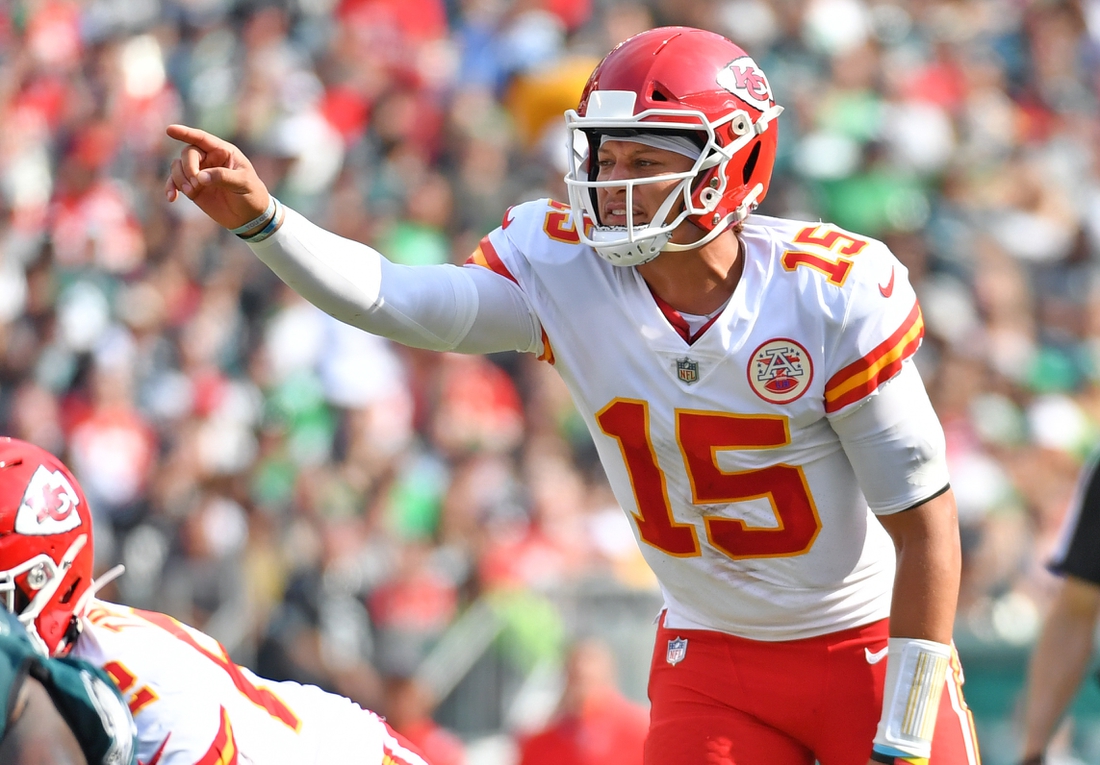 The latest buzz enveloping the Kansas City Chiefs unsurprisingly centers on another piece for their potent offense.

With newly acquired Josh Gordon elevated to the active roster, Kansas City (2-2) could have another gifted receiver to unleash Sunday when it hosts the Buffalo Bills (3-1) in a rematch of last year’s AFC championship game.

Gordon, an All-Pro in 2013 with Cleveland, has not played since 2019 and has served six suspensions imposed by the NFL during his checkered career. Apparently, though, Gordon looks fit and ready.

“The talent, you can just see, how fast he is, how big he is, the way he gets in and out of cuts,” Patrick Mahomes said. “I’ve been able to throw to him off to the side a little bit. We’ll try to bring him up to speed as quickly as possible and utilize his skill set.”

Chiefs coach Andy Reid did not commit Wednesday to actually playing Gordon this week, electing instead to “see how it goes.”

Mahomes leads the NFL with 14 passing touchdowns and Gordon could provide another target alongside Travis Kelce and Tyreek Hill. Yet the attack is far from one-dimensional. Clyde Edwards-Helaire rushed for 100 yards in each of the last two games.

The Chiefs, however, have been uncharacteristically careless with the football, committing seven turnovers, including four interceptions by Mahomes.

“It’s something I have to build on, not throwing interceptions in the middle of the field,” Mahomes said. “I have that aggressive nature where I want to make things happen and get a first down, but sometimes you have to just punt.”

Short fields only make things worse for the Chiefs defense, which is allowing 6.9 yards per play to rank last in the NFL. In contrast, the Bills rank first, allowing 4.0 yards per play, with a league-best 11 takeaways.

The teams are tied for second in scoring with 33.5-point averages. The Chiefs, however, allow 31.3 points, while the Bills’ stingy defense allows 11.0 after already securing two shutouts. The last NFL team to blank two opponents in the first four weeks was the 2000 Baltimore Ravens.

“They embrace whatever the game plan is with total confidence and leadership,” said Bills coach Sean McDermott, “and it takes leadership to do that week to week.”

McDermott did not cite the 38-24 loss in last year’s AFC Championship game, which Buffalo led 9-0 after the first quarter, as a motivator for this week’s primetime rematch.

“They’re an explosive offense in more ways than one, so we’ve got to have a good plan,” McDermott said. “What happened in that (title) game does not affect this game. These are two separate games, two separate teams.”

Quarterback Josh Allen said immediately after missing out on the Super Bowl that he would use the hurt and pain as fuel to improve. Allen, however, also downplayed the motivational theme.

“Everybody wants to make a big deal about the AFC Championship rematch and I get that’s what it is,” Allen said. “They have the gold standard of what you want to be as an AFC team. Until somebody knocks them off in the playoffs that won’t change, but again, this is Week 5.”

Buffalo running back Taiwan Jones (hamstring), linebacker Matt Milano (hamstring) and defensive end Greg Rousseau (toe) did not practice at the beginning of workouts leading into the Kansas City game.

Defensive end Chris Jones continues to deal with a wrist injury and did not practice leading into the Chiefs’ preparations for the Bills. DE Frank Clark, cornerbacks Charvarius Ward and Rashad Fenton and linebacker Willie Gay Jr. all practiced. Gay has been out since the preseason with a toe injury.