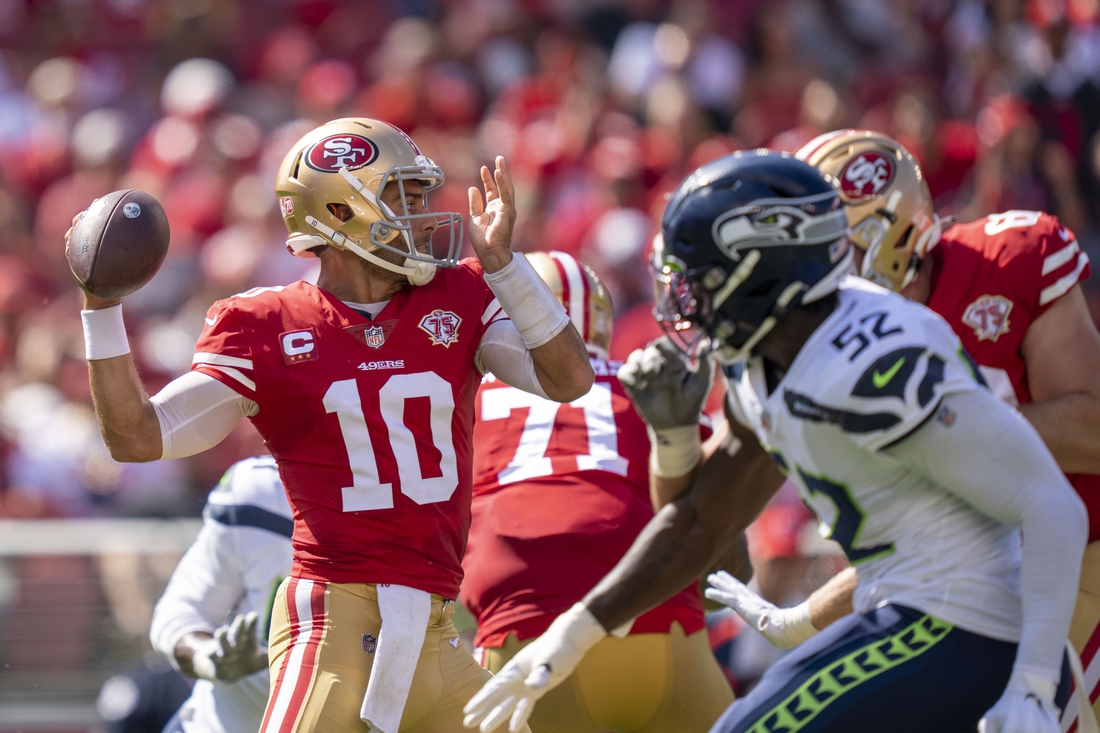 San Francisco 49ers quarterback Jimmy Garoppolo did not practice Wednesday due to a calf contusion.

“It’s better today, which is good news. Not enough to let him go, not enough to rule him out,” 49ers coach Kyle Shanahan said. “Doctors say to give him another day, so he has a chance.”

Garoppolo suffered the injury in the first half of San Francisco’s 28-21 loss to Seattle last Sunday.

Rookie Trey Lance, the No. 3 overall pick in last April’s draft, took over at quarterback to start the second half. Lance had been used sparingly in special packages during the first three weeks of the season while Garoppolo remained the 49ers’ No. 1 quarterback.

Garoppolo completed 14 of 23 passes for 165 yards, one touchdown and one interception in the first half. The score was knotted 7-7 at halftime.

Lance finished 9-of-18 passing for 157 yards and two touchdowns with 41 rushing yards, but could not overcome Seattle’s lead.

Also, Niners kicker Robbie Gould will miss several weeks with a groin injury he suffered during pregame warmups against Seattle. The team will be trying out kickers this week.