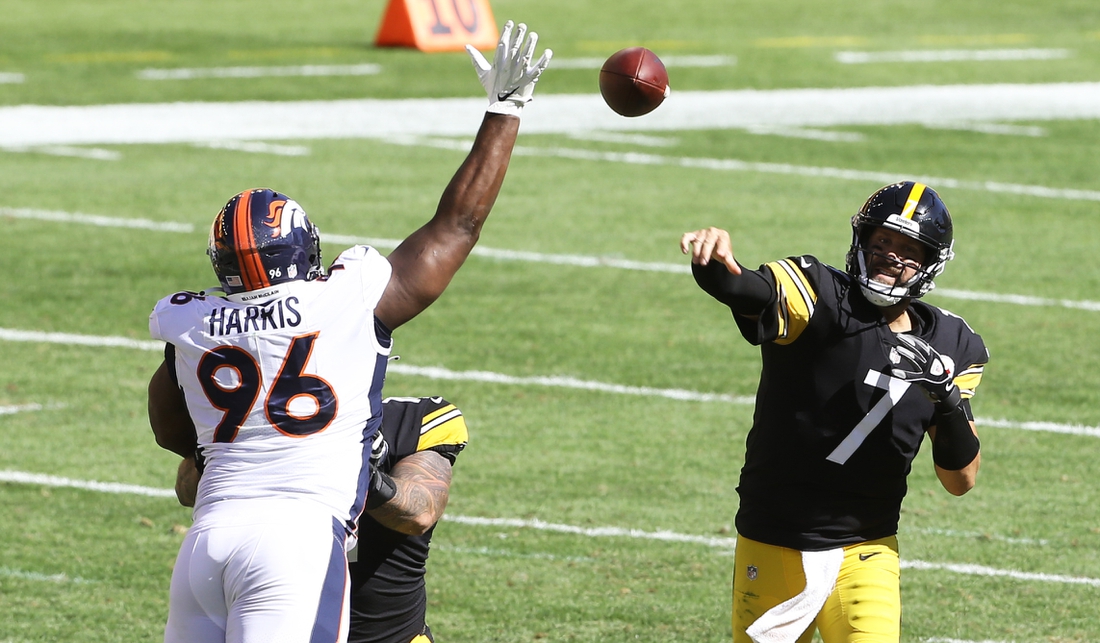 The Pittsburgh Steelers were expected by many to be mediocre this season, but after opening 2021 with an upset of Buffalo it looked like those predictions were off.

Then came the next three games, and the once proud franchise is looking at one of its toughest years in decades.

Pittsburgh (1-3) has managed just one win or fewer after four games three times in the past nine seasons but always rebounded to finish even or better by the end. But with an aging quarterback and struggling offense, this might be the team’s first losing season since going 6-10 in 2003.

The Steelers have a chance to stop the losing streak when they host the Denver Broncos on Sunday afternoon.

Pittsburgh has been dealing with several injuries, including a groin injury to star linebacker T.J. Watt that has kept him sidelined for the loss against Cincinnati on Sept. 26. After the most recent loss, 27-17 at Green Bay, guard Kevin Dotson (hip flexor) and cornerback Cam Sutton (groin) could miss the game against Denver.

Add to that list wide receiver Chase Claypool, and the Steelers are a hurting group. Still, coach Mike Tomlin isn’t about to make drastic changes like benching quarterback Ben Roethlisberger despite his poor QB rating and Pittsburgh’s inconsistent passing game.

“It’s him some, it’s us collectively some,” Tomlin said Tuesday. “We’ve just got to keep working. Sometimes it can be attributed to the altering of plans late in the week because of player availability or guys not being available.”

The Broncos (3-1) returned to reality in their 23-7 loss to the Baltimore Ravens last week. Denver beat up on bad teams to start the season and the Ravens were its first real test. Things might have gone differently if quarterback Teddy Bridgewater had not been knocked out of the second half of that game.

Bridgewater was sidelined after taking a hit to the helmet and entered the concussion protocol. He didn’t practice but was lifting and attending meetings. Asked Wednesday if Bridgewater might play against the Steelers coach Vic Fangio said, “Yeah, it’s possible.”

Just as big of a concern is the loss of rookie cornerback Patrick Surtain II. He also left Sunday’s game with a chest injury, as did receiver Diontae Spencer, who was injured on the play before Bridgewater was hurt. Fangio said Surtain and Spencer are day-to-day.

The Broncos sorely missed two offensive linemen — Graham Glasgow (knee) and Dalton Risner (ankle) — against Baltimore, which was a factor in the poor protection for Bridgewater and backup Drew Lock. The Ravens had five sacks, three in the second half against Lock.

Fangio said Risner was close to playing against Baltimore and is a candidate to return this week, as is Glasgow. Both were limited in practiced Wednesday. Running back Melvin Gordon III sat out practice with a lower leg injury but Fangio said he expects him to play Sunday.

Denver is trying to quickly bounce back from its first loss, and safety Justin Simmons stressed the team is ready for redemption.

“We have no choice. We have to respond to this game on Sunday,” he said.