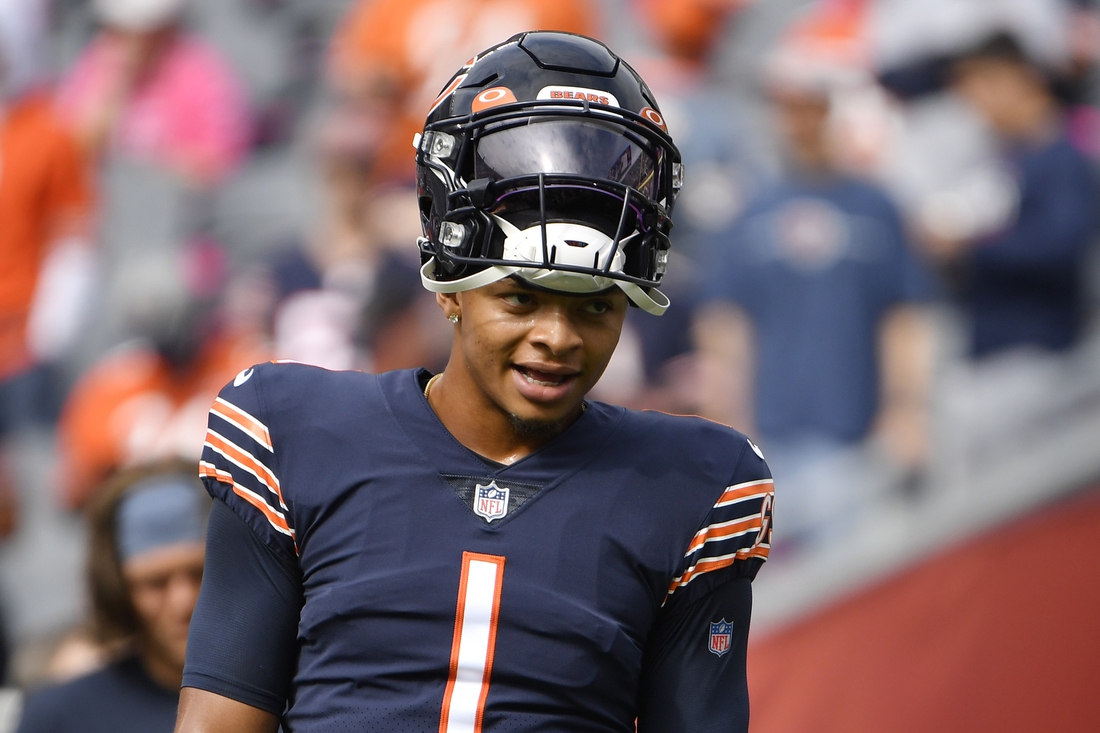 So much for the best-laid plans.

Chicago Bears head coach Matt Nagy, who as recently as Monday insisted he would stick with veteran Andy Dalton as his starting quarterback when he returned from a minor knee injury, called an audible and announced Wednesday that rookie Justin Fields would be his starter moving forward.

Nagy was the offensive coordinator for Andy Reid in 2017 in Kansas City when the Chiefs started veteran Alex Smith for most of the season over a highly touted rookie named Patrick Mahomes. He had said he would follow that same script with Fields.

But that changed after the first-round pick from Ohio State led Chicago to a 24-14 victory over the Detroit Lions on Sunday. He completed 11 of 17 passes for 209 yards and an interception, putting behind memories of a disastrous starting debut a week earlier in a 26-6 loss at Cleveland when he completed just six of 20 passes for 68 yards.

Dalton, injured during a 20-17 victory over the Cincinnati Bengals in Week 2, returned to practice on Wednesday and is expected to back up Fields.

“This is Justin’s time. We’re so confident moving forward,” said Nagy. “He’s done everything to show us that he’s ready for this opportunity. … The biggest thing for us is to understand that it’s not going to be perfect.”

Nagy informed the duo of his decision on Tuesday. Fields said his parents wanted to celebrate and take him out for dinner when they found out the news but he declined.

“I was just home with my dog Uno watching film all night,” he said.

Fields said that Dalton showed no bitterness over the decision.

“He called me on the way home,” said Fields. “He just told me it was a great opportunity for me and that he’d be here for it all, for everything I needed. He didn’t want our relationship to change because of the situation. I told him that was comforting to hear coming from him.”

“Andy, unfortunately, got hurt with his knee,” said Nagy. “That sped the plan up. I appreciate the way he understood it and the way he handled it. He also cares immensely about this team and I appreciate that.”

Fields will be facing a Las Vegas team coming off a physical 28-14 loss to the Chargers in Los Angeles on Monday night.

Quarterback Derek Carr has thrown for 1,399 yards, eight touchdowns and three interceptions and earned AFC Player of the Month honors for September. But he had to spend much of Wednesday addressing comments made by Chargers defensive end Joey Bosa questioning his toughness.

Said Bosa: “We knew once we hit him a few times, he really gets shook. … Great dude, great player … but once you get pressure on him, he kind of shuts down.”

“Maybe (Bosa) was just trying to get under my skin,” said Carr. “Which, he did piss me off. So, good job for that. But that’s not a bad thing either.”