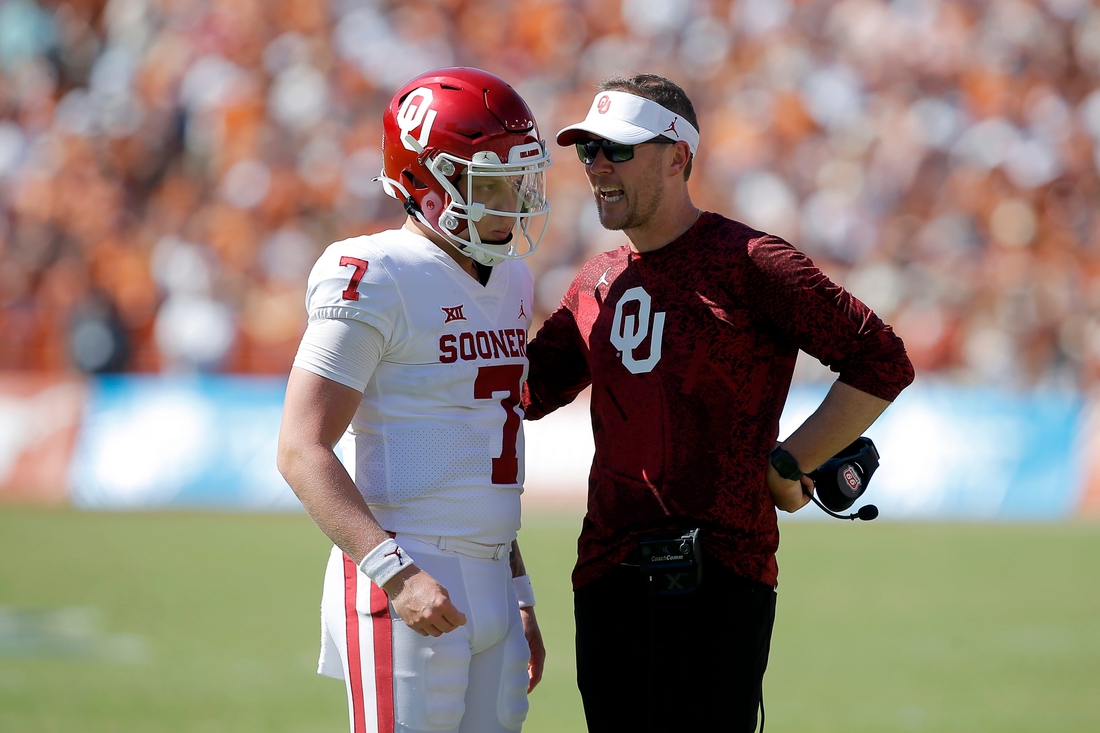 Oklahoma football won’t be holding its scheduled media availability on Wednesday, and reporters won’t be hearing from coach Lincoln Riley until after the fourth-ranked Sooners’ game Saturday against TCU.

That way, he won’t have to answer questions about the quarterback situation, described in detail Tuesday in a report by Oklahoma’s student newspaper. Riley hasn’t named a starter for the upcoming game.

The OU Daily reported that it was freshman Caleb Williams and not preseason Heisman Trophy favorite Spencer Rattler who took the bulk of the snaps with the first team at Tuesday’s practice. It was Williams who rallied the Sooners to a last-minute 55-48 win over rival Texas on Saturday after Riley benched Rattler.

A student reporter went to great lengths — and likely heights — to get the QB information. In fact, he watched practice from a “public building near the OU football practice field, with no athletics employees discouraging observation,” and saw Williams take 15 snaps to seven for Rattler in the “pre-stretching portion of practice.”

And now, questions are arising about the future of Rattler in Norman, where he was asked to follow Heisman Trophy winners Baker Mayfield and Kyler Murray and runner-up Jalen Hurts.

It hasn’t been an easy season for Rattler, who has completed 130 of his 175 pass attempts for 1,371 yards in six games. He has 10 touchdown passes and five interceptions.

His worst game of 2021 came Saturday on the biggest stage — the Red River Showdown with the Longhorns. He completed just 8 of 15 passes for 111 yards and an interception and had minus-9 yards rushing with a fumble before giving way to Williams.

Mike Rattler, the quarterback’s father, confirmed reports Spencer missed practice on Monday, saying he was ill and that Riley gave his OK. Mike Rattler opened up to the school paper on the family’s thoughts about Spencer’s Oklahoma future.

“For right now, he’s focused on working for this team, and we’ll see what happens after Jan. 10,” Mike Rattler told the OU Daily. “Hopefully he’ll be playing in the national championship on Jan. 10, and then after that we’ll evaluate where he is as far as if any teams are interested in him in the NFL, we’ll consider that.

“If we think, ‘Hey, you know what, we may ought to do another year or something at Oklahoma, wherever’… we’re leaving our options open whereas that is concerned, but for the most part, right now, we don’t even talk about it, because he’s got a task at hand to deal with.”

Rattler, from Phoenix, was the No. 1 quarterback prospect in the Class of 2019. He backed up Hurts in his first season, then took the reins in 2020. In 11 games, he completed 214 passes for 3,031 yards with 28 touchdown passes against seven interceptions. He added six rushing scores.

Williams came to Oklahoma as the No. 2 quarterback prospect and No. 7 player overall in the Class of 2021, as ranked by the 247Sports composite.