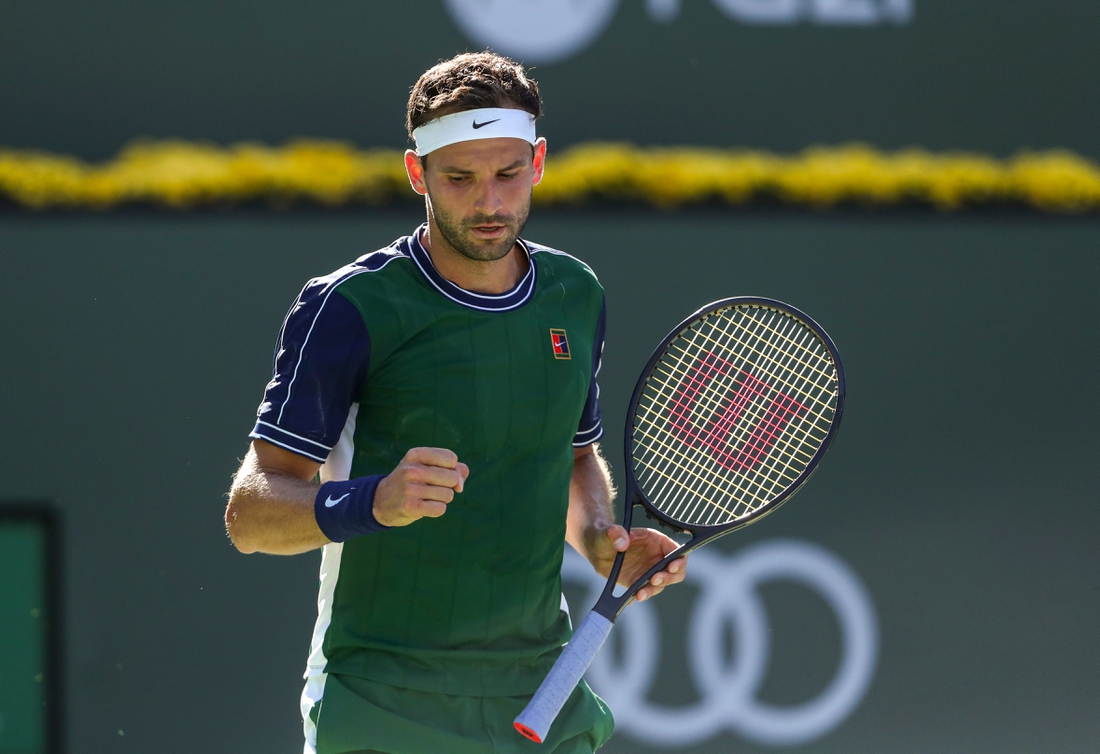 U.S. Open champion Daniil Medvedev saw his unbeaten streak end Wednesday when the top-seeded Russian lost 4-6, 6-4, 6-3 to Grigor Dimitrov in the fourth round of the BNP Paribas Open in Indian Wells, Calif.

Dimitrov, a 30-year-old Bulgarian who is seeded 23rd, trailed by a set and two service breaks before pulling off a stunning turnaround. Dimitrov won the last five games of the second set and the first three games of the third set.

The 2-hour, 16-minute triumph marked the first time Dimitrov defeated a player ranked first or second in the world in five years.

“He is such a tough player and competitor,” Dimitrov said of Medvedev. “Over the past year, I have played him a few times and haven’t been able to find a way. But today, I just felt something at 1-4 (in the second set) and I calmed myself down and started to take better decisions and started to control the pace of the game, which I really believed helped me.

“In the end it was just very solid and smart play.”

Medvedev said of Dimitrov, “He definitely flipped the switch. If he plays like this like he did starting from 4-1, he’s going to win the tournament.”

Medvedev wound up putting just 54 percent of his first serves in play while Dimitrov was at 80 percent for the match.

Next up for Dimitrov is a quarterfinal matchup with Hubert Hurkacz. The eighth-seeded Pole blasted 19th-seeded Russian Aslan Karatsev 6-1, 6-3.

Second-seeded Stefanos Tsitsipas of Greece rallied from a one-set deficit for the second match in a row, defeating 22nd-seeded Alex De Minaur of Australia 6-7 (3), 7-6 (3), 6-2. Tsitsipas won the first four points of the second-set tiebreaker, and he never faced a break point in the third set.

Tsitsipas will square off Friday with Georgia’s Nikoloz Basilashvili, who got past 24th-seeded Karen Khachanov of Russia 6-4, 7-6 (6).

Third-seeded Alexander Zverev of Germany set a quarterfinal date with Fritz by beating 14th-seeded Gael Monfils of France 6-1, 6-3 in just over an hour.