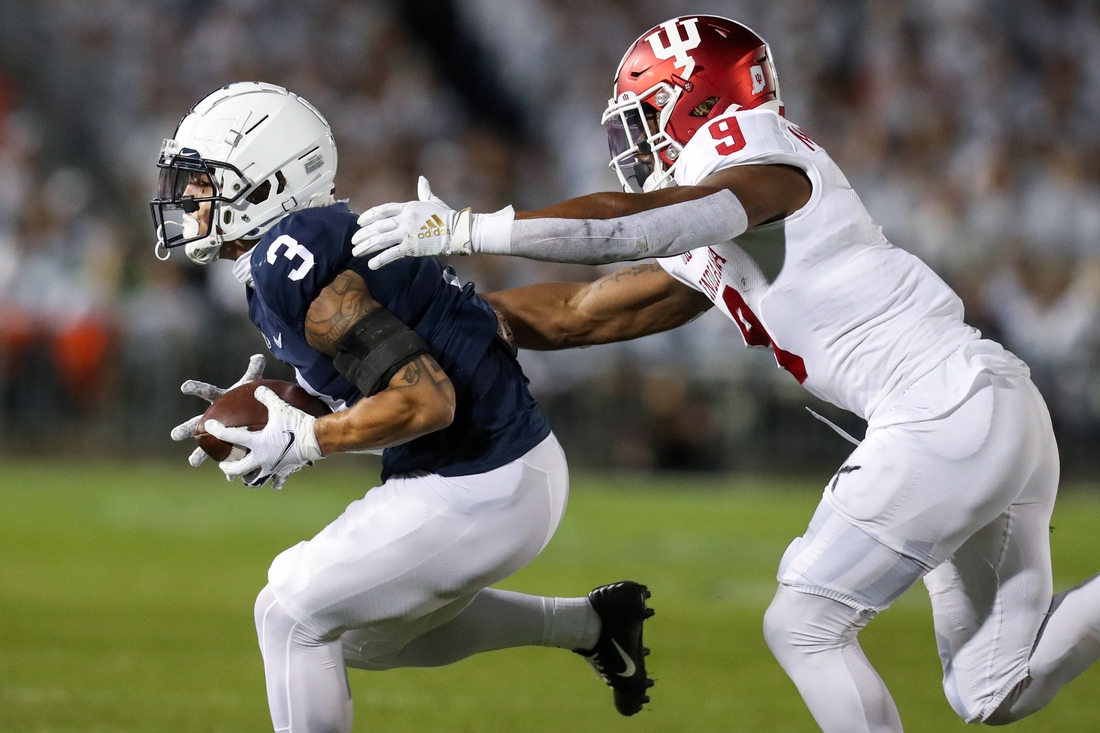 Clifford finished 17 of 33 for 178 yards and was intercepted once, while Jahan Dotson continued his strong season with eight catches for 84 yards and two TDs.

The Nittany Lions (5-0, 2-0 Big Ten) posted their first shutout since 2019 and next will visit No. 5 Iowa in a much-anticipated showdown next weekend.

On their first scoring drive, the Nittany Lions went for it on fourth-and-7 from the Indiana 33. Clifford found Parker Washington for 9 yards to keep the chains moving, and he connected with Strange shortly thereafter for a 10-yard score.

Clifford was intercepted on Penn State’s next possession, but the defense held up inside the red zone, forcing a turnover on downs. The Nittany Lions then marched 96 yards in nine plays with Clifford finding Dotson on a nice throw-and-catch in the back of the end zone, making it 14-0.

From that point on, both teams were quiet offensively until Penn State made it 21-0 late in the third quarter. The Nittany Lions opted to go for it on fourth-and-4 from the Hoosiers’ 30-yard line, and Clifford flipped it to an open Dotson, who weaved through a few defenders for another touchdown.

Penn State’s Brandon Smith blocked a field goal on the ensuing possession to preserve the shutout.