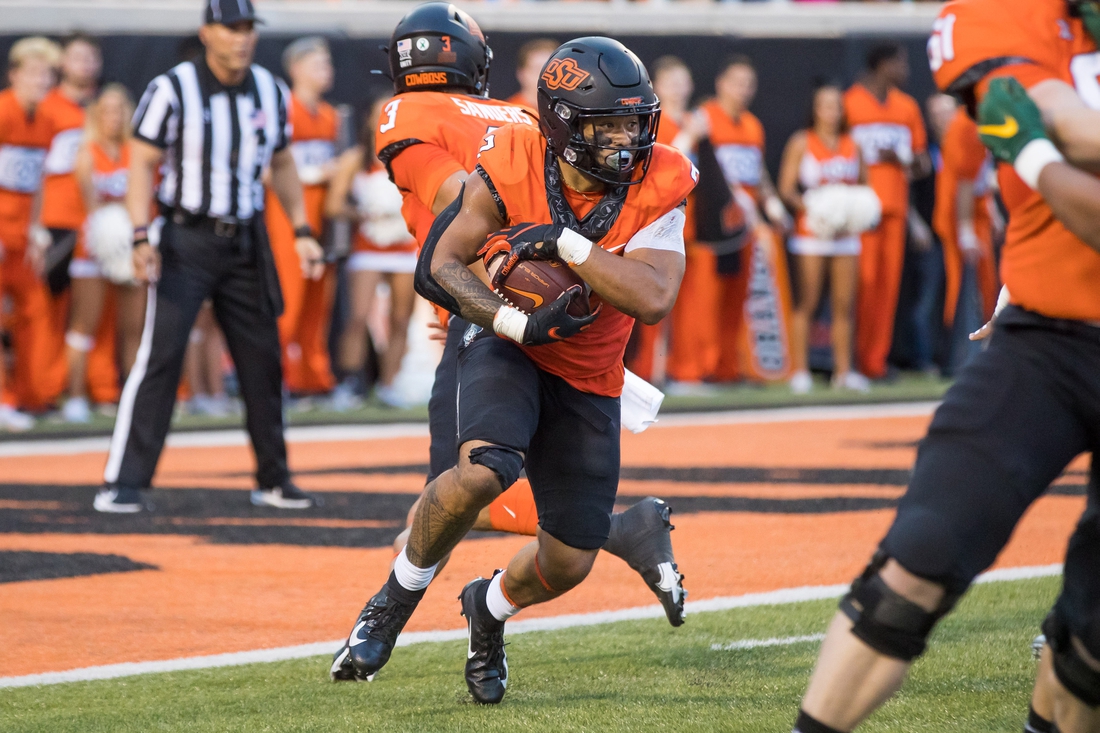 Jaylen Warren rushed 125 yards and two touchdowns on 36 carries and Spencer Sanders amassed 258 yards of total offense as No. 19 Oklahoma State remained undefeated with a 24-14 win over No. 21 Baylor on Saturday evening in Big 12 play in Stillwater, Okla’

Gerry Bohanon passed for 173 yards and Abram Smith had 97 yards on 10 carries for the Bears (4-1, 2-1). Baylor struggled on offense in the first half, rallied to within three points early in the fourth quarter but could not make the defensive plays late to get over the hump.

The Cowboys scored on their opening drive, moving 75 yards in 12 plays, the final of which was an 8-yard scoring run by Warren.

Sanders was intercepted on Oklahoma State’s next two possessions, the second of which came at the Baylor 7-yard line, ruining a 67-yard march.

Sanders connected with Rashod Owens on a 32-yard scoring pass with just 32 seconds to play in the first half to push the Oklahoma State lead to 14-0 at the break.

Baylor had just two first downs, six rushing yards and 99 total yards in the first half. The Cowboys earned 256 yards but only led by two touchdowns because of the turnovers.

Baylor finally answered, getting a 55-yard touchdown run by Smith with 3:14 to play in the third quarter. Tanner Brown’s 20-yard field goal on the first play of the fourth quarter expanded Oklahoma State’s lead to 17-7.

But the Bears responded with a seven-play, 84-yard drive that was highlighted by a 44-yard pass from Bohanon to Tyquan Thornton and capped by Bohanon’s 1-yard quarterback sneak to pull Baylor within 17-14 with 12:04 to play.

That set the table for Oklahoma State’s final drive, with Warren and Sanders doing the bulk of the work and cementing the game with a final TD.