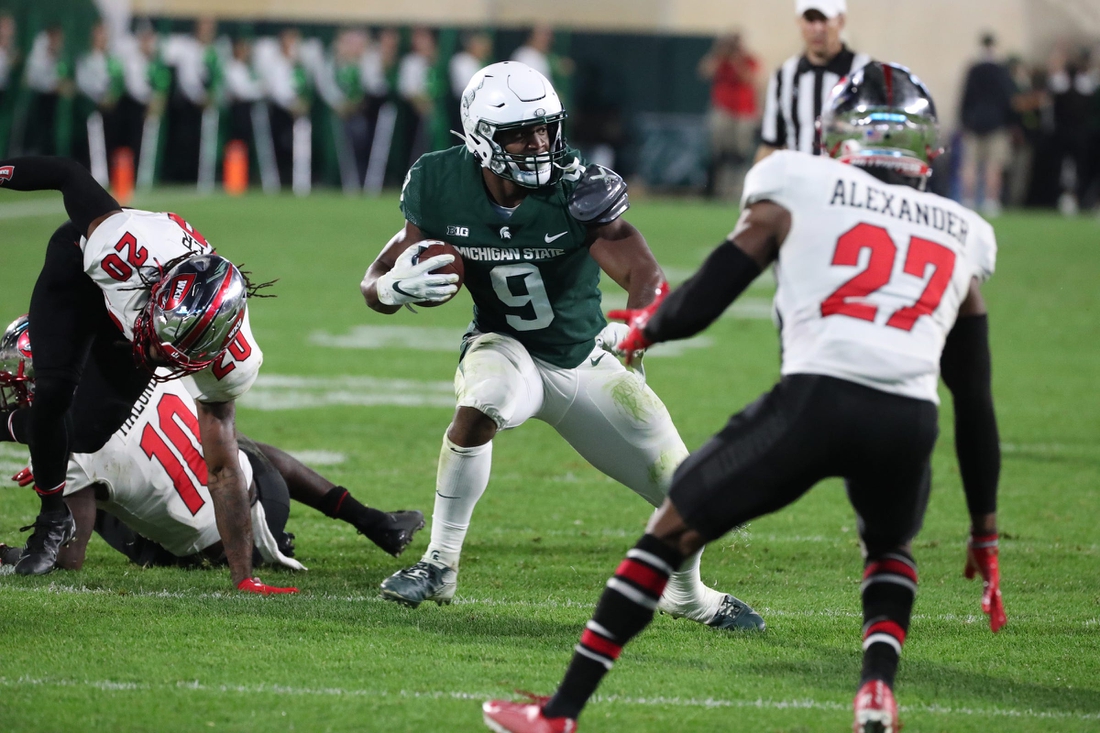 Kenneth Walker III scored three rushing touchdowns in the first half, Jayden Reed returned a punt for a touchdown for the second straight game, and No. 17 Michigan State defeated Western Kentucky 48-31 in East Lansing, Mich., on Saturday.

Bailey Zappe completed 46 of 64 passes for 488 yards and three touchdowns for the Hilltoppers (1-3). Jerreth Sterns caught 17 passes for 186 yards and a touchdown.

Reed electrified the crowd less than two minutes into the game when he weaved around defenders, cut toward the right sideline and raced into the end zone on his 88-yard return.

Reed caught a 46-yard pass after Michigan State forced a punt. Walker finished off the seven-play, 80-yard drive with a 5-yard run.

Brayden Narveson put Western Kentucky on the board with a 37-yard field goal.

Reed’s second 46-yard reception of the game accounted for the Spartans’ third touchdown of the quarter.

The Hilltoppers cut Michigan State’s lead to 21-10 on a 4-yard pass from Zappe to Joey Beljan.

Walker dove into the pylon on another 5-yard score with 9:10 left in the half to make it 28-13. Narveson’s third field goal of the half came from 35 yards out.

Walker carried six times on the Spartans’ next scoring drive, reaching the end zone on a 3-yard carry with 2:39 left in the half.

Western Kentucky came up one yard short on a 17-play drive in the third quarter.

Michigan State’s Matt Coghlin made a 21-yard field goal in the final minute of the quarter.

Zappe pulled the Hilltoppers within 14 on touchdown passes to Sterns (28 yards) and Beljan (one yard) during the fourth quarter.