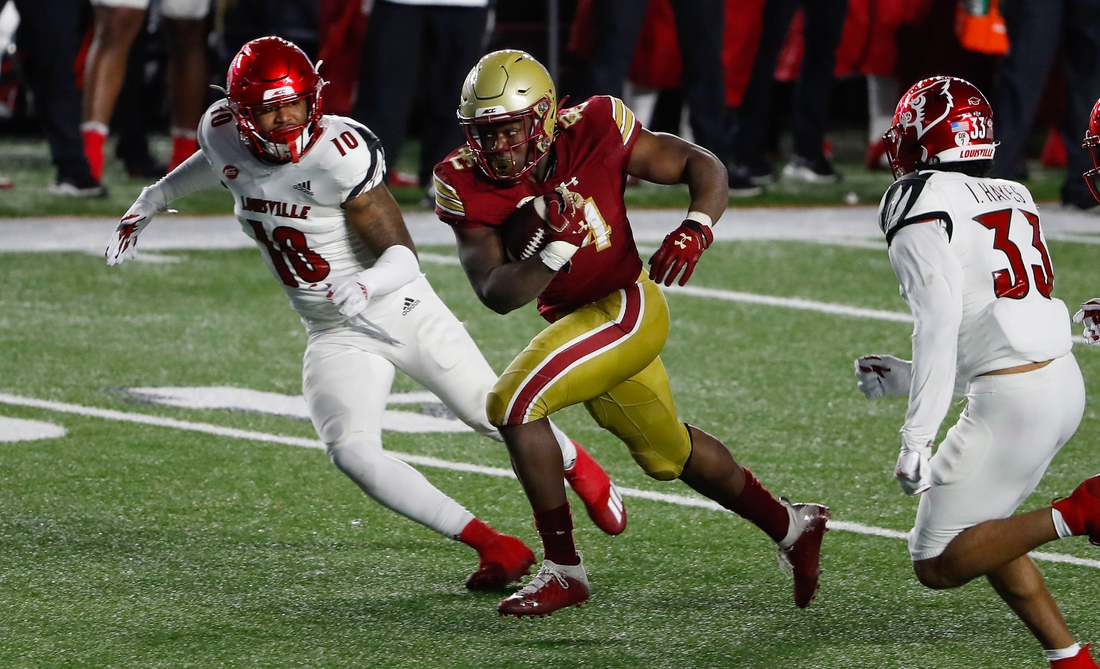 No. 22 North Carolina State is entering a challenging stretch of the season after an open week on the schedule.

That’s fine with the Wolfpack going into a meeting with Boston College on Saturday night in Chestnut Hill, Mass.

“That means we’re really focused on the present,” Doeren said. “It does matter that four of the next five are on the road, but what matters more is that we just take this week for what it is. Let’s be the best that we can be this week. We’ll worry about next week next week.”

The Wolfpack already have knocked off ACC kingpin Clemson, yet a path toward a league championship is filled with potential pitfalls.

That’s why the team spent time focused on improvement during its week off.

“I think we’re a team that wants to get better. That’s the biggest thing,” Doeren said. “We’re a very close group of guys. They play hard for each other.”

“We’ve got to finish,” Eagles coach Jeff Hafley said of what would make a difference in trying for a special season.

Now Boston College has a homecoming game, going into a second game in a row against a nationally ranked opponent.

“We’ll stick together and we’ll be better,” Hafley said. “We can play with anybody, anywhere in any venue, any time of the night.”

Boston College running back Pat Garwo III is averaging 93.8 yards per game on the ground. That has helped as the Eagles have transitioned to Dennis Grosel (four touchdown passes, four interceptions) as the starting quarterback.

“They’re doing a good job of making the offense fit their QB and not turning the football over, not hurting their defense,” Doeren said.

But NC State is tops in the ACC in total defense and rushing defense. The Wolfpack have given up just one rushing touchdown this season.

The Eagles have racked up 300 passing yards seven times in 16 games under Hafley. Doeren said Boston College receiver Zay Flowers, who leads the Eagles with 23 catches for 345 yards, is a difference-maker.

NC State’s lone loss came in its only road venture, at Mississippi State.

“We’ve got to do a great job of being focused and executing,” Doeren said. “There’s a lot of things that win football games on the road. Turnover margin is critical.”

Since joining the ACC, four of Boston College’s top 10 scoring totals in conference games have come against the Wolfpack. This season, the Eagles are averaging 35.6 points per game.

Boston College leads the series 10-7, including 7-3 in home games. The Atlantic Division teams didn’t play each other last year because of the restructured pandemic-related schedule, so Boston College’s 45-24 homecoming win in 2019 marks the last meeting.

This will be Boston College’s first home game on a Saturday night since Clemson visited in November 2018.