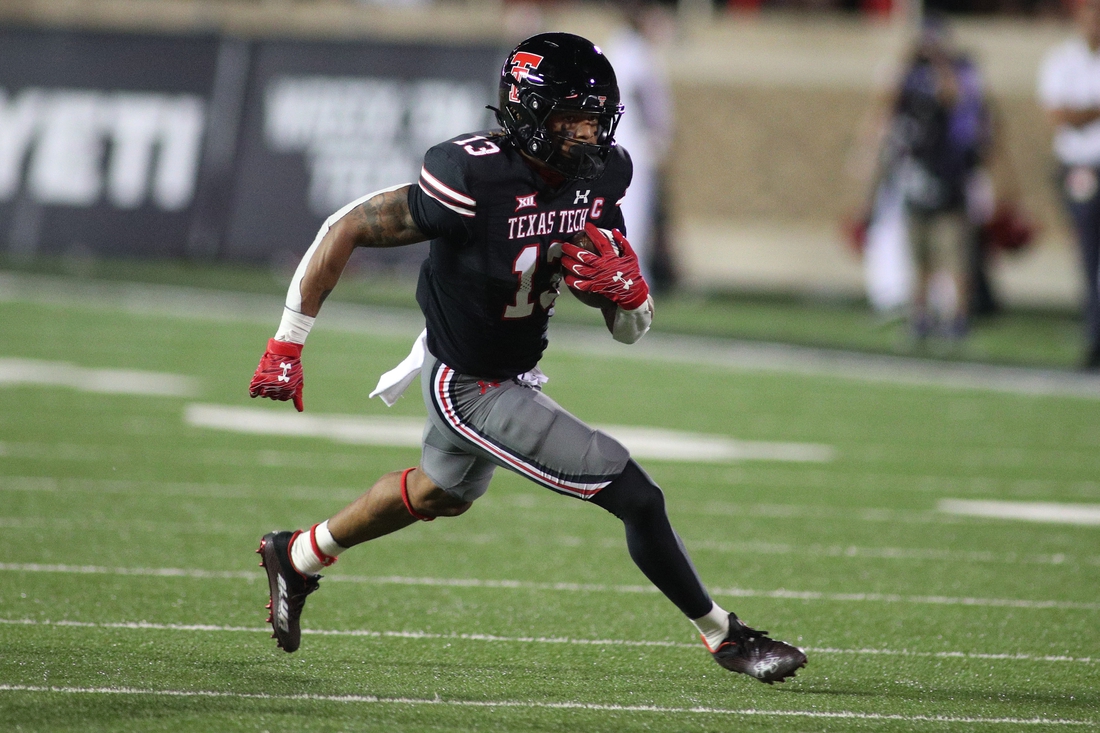 This season, Matt Wells quickly reached the win total, four, he posted in each of his first two seasons coaching Texas Tech.

“The result of a game is not going to define me over a 25-year career or nine years as a head coach,” said Wells, who previously guided Utah State. “There’s nobody I’m going to let outwork me.

“What you try not to let it do is demoralize you when we lose. Are we disappointed? Heck, yeah. You kidding me?”

Texas Tech needs two victories to qualify for its first bowl bid since 2017.

Running back SaRodorick Thompson is coming off a 118-yard rushing performance last week in the Red Raiders’ 52-31 loss to TCU. Erik Ezukanma leads Big 12 receivers with an 85.8-yard average as the favorite target for Henry Colombi, who has posted two 300-yard passing performances since taking over at quarterback after Tyler Shough broke his collarbone.

Texas Tech has struggled against the run in Big 12 play, allowing 394 yards against TCU after previously surrendering 336 to Texas.

When questioned about his defensive approach, Wells said, “Scheme does not look good when you’re getting run through.”

Kansas continues to struggle under Lance Leipold, though the first-year coach knows he cannot take out his frustrations on others while attempting to end the school’s 14-game Big 12 losing streak.

“You go back to your values and what you’re going to be, and not start panicking,” Leipold said. “You can’t coach angry.”

The Jayhawks scored just seven points in each of their first two conference games while allowing 45 to Baylor and 59 to Iowa State. The offense has leaned heavily on the arm and legs of Jason Bean (1,143 total yards). The defense surrenders 7.4 yards per play.

On the plus side, Kansas has been assessed just 22 fouls, the fourth-lowest total among FBS teams.

“That has probably been one of the positives,” Leipold said.