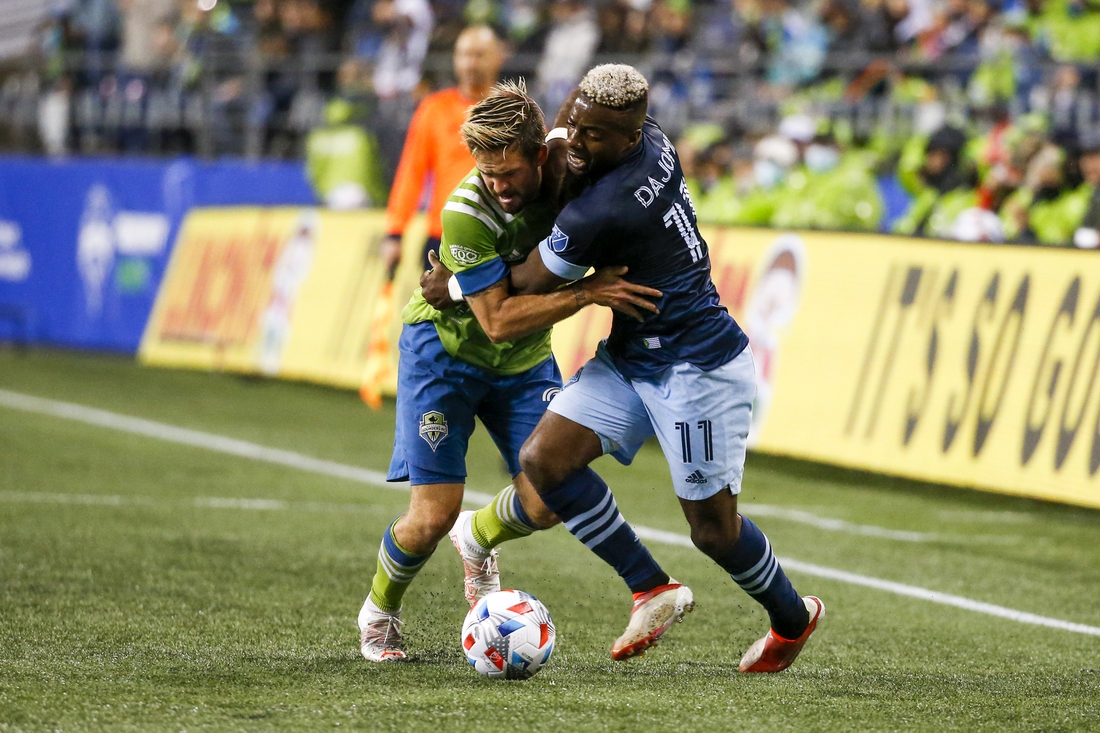 Will Bruin had a goal and an assist, and Kelyn Rowe added three assists as the Seattle Sounders clinched a Major League Soccer playoff berth with a 4-1 victory against the visiting Vancouver Whitecaps on Saturday night.

Shane O’Neill, Nicolas Benezet and Leo Chu also scored, and Fredy Montero had two assists for the Western Conference-leading Sounders (17-5-6, 57 points). The Sounders posted their fourth consecutive victory despite being without five starters who were away on international duty, including leading scorer Raul Ruidiaz.

Brian White scored for the Whitecaps (9-9-10, 37 points), who remained in eighth place in the West, one spot out of a playoff berth. Vancouver had an eight-match road unbeaten streak snapped (1-0-7) that dated to a 2-2 draw June 26 in Seattle.

O’Neill opened the scoring in the 5th minute, taking a pass from the right wing from Rowe and putting a header past Vancouver goalkeeper Thomas Hasal from the top of the 6-yard box.

Benezet made it 2-0 in the 14th minute. Following a throw-in on the right wing, Benezet took a pass from Bruin at the top of the 6-yard box, settled the ball and spun before putting a low shot inside the far post.

White, the reigning MLS Player of the Week after netting a hat trick in a 3-0 victory against San Jose, pulled Vancouver within 2-1 with a goal in first-half stoppage time. Ryan Gauld’s sharp-angled shot from the end line on the left wing was stopped by Seattle goalkeeper Stefan Frei, but the ball bounced right back to Gauld, who surprised the defense by passing back to White at the top of the 6-yard box and his one-timer sailed over a helpless Frei.

Bruin made it 3-1 in the 55th minute after taking a pass from Montero just outside the top right of the 6-yard box. His blistering shot beat Hasal high and inside the near post.

Chu, who came on as a substitute in the 85th minute, completed the scoring in second-half stoppage time with his first MLS goal, beating Hasal from about 10 yards out after Montero lobbed a pass over the defenders.