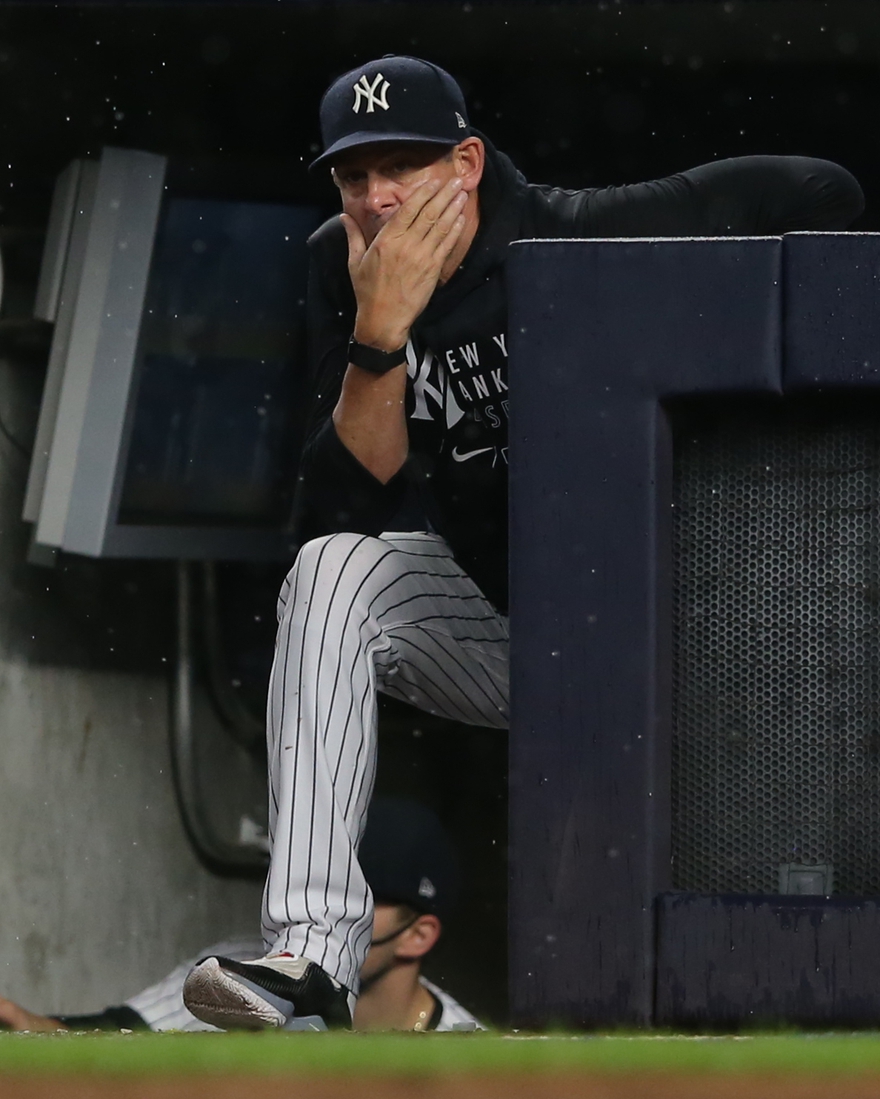 In the wake of a 6-2 loss to the Boston Red Sox in the American League wild-card game on Tuesday, manager Aaron Boone said he is unsure of his future with the New York Yankees.

“Obviously, my contract’s up and I haven’t had any conversations with anyone about that,” Boone said. “We’ll see. I love being here. I love going to work with this group.”

Boone has led the Yankees to the playoffs in each of his four years as manager, but they have advanced beyond their opening round just once. He is 328-218 (.601) in the regular season, but just 11-11 in the postseason.

Boone and general manager Brian Cashman have both taken heat for not going further in the playoffs.

In June, when the Yankees were six games behind in the wild-card chase, Cashman said, “This is not an Aaron Boone problem. This is not a coaching staff problem. We’re not getting the results, and I’m the head of baseball operations, so that falls more on me.”

Cashman then traded for Joey Gallo and Anthony Rizzo, who helped Boone get the Yankees back to the postseason.

“Fortunately, we’ve been in the playoffs every year, but it hasn’t ended how we wanted obviously,” Boone said. “Tonight was another tough one to take.”