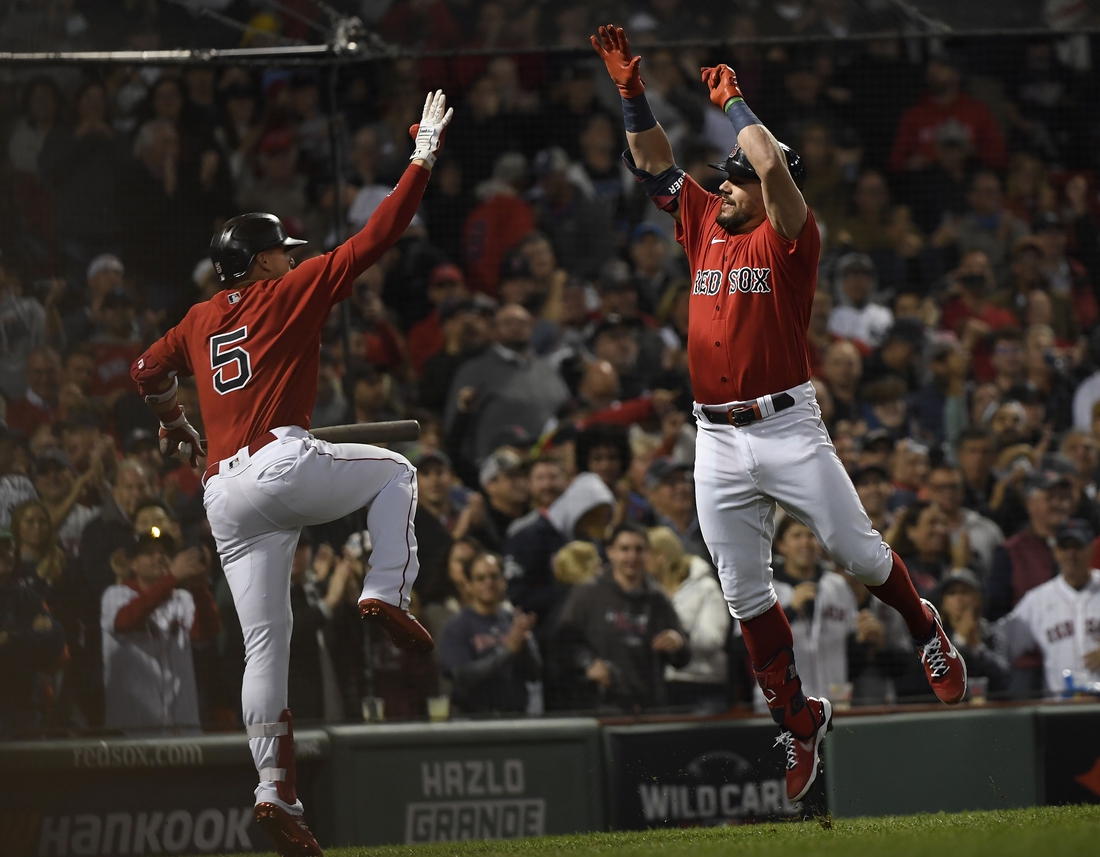 Bogaerts hit a two-run blast in the first inning and Schwarber smacked a solo shot in the third. Eovaldi (1-0) allowed four hits, struck out eight and did not walk a batter. Alex Verdugo added an RBI double and a two-run single for the Red Sox.

“To be able to play in October is, we’re blessed,” Red Sox manager Alex Cora said. “We’re lucky. That’s a great group of guys. They’ve been amazing throughout the process. It’s been a roller coaster. … It just happened that tonight we played better.”

Bogaerts added, “You’ve got to enjoy the moment. This was definitely a really tough game, one and out. I’ve never played in any game like this. … It’s not like you have another chance tomorrow. They’re going home, and we’re continuing.”

Anthony Rizzo hit a solo home run in the sixth and Giancarlo Stanton hit one in the ninth for New York. Yankees starter Gerrit Cole (0-1) — who entered with a 5.06 ERA in six career starts at Fenway Park — allowed three runs on four hits and two walks with three strikeouts in two-plus innings.

Yankees manager Aaron Boone said, “Guys are crushed. Unfortunately, we’ve been in this position where — fortunately we’ve been in the playoffs every year, but it hasn’t ended how we wanted obviously. Tonight was another tough one to take.”

It was the first meeting between the Red Sox and Yankees in the current wild-card game format. The teams played a one-game playoff in Boston for the AL East crown in 1978 when Yankees shortstop Bucky Dent — who was in attendance on Tuesday — hit his now-famous three-run homer over the Green Monster to win it.

In the first inning Tuesday, Stanton teased a solo blast with a towering fly ball to left field that bounced high off the Green Monster and ended up as a single.

With fans jeering Cole with chants of “Gerrit,” Bogaerts crushed a two-out pitch from the Yankees’ starter into the center field bleachers following a Rafael Devers walk to put Boston ahead 2-0.

Schwarber homered over the Yankees’ bullpen in right field to lead off the home third and make it 3-0. Cole was lifted two batters later and was shown on the broadcast telling Boone “I’m out” during the mound visit.

“Just a couple big mistakes, and obviously to Bogaerts (in) a big situation,” Cole said. “(Then a) big mistake to Schwarber.

“When it’s all said and done, I didn’t perform the way I wanted to perform tonight. … I’m sick to my stomach.”

Stanton nearly went deep again after Rizzo homered to make it 3-1 with one out in the sixth, driving a single off the wall in left. Aaron Judge was thrown out trying to score from first base after a relay throw home by Bogaerts.

Verdugo doubled in the sixth to restore Boston’s three-run lead and plated two on a bases-loaded single in the seventh.