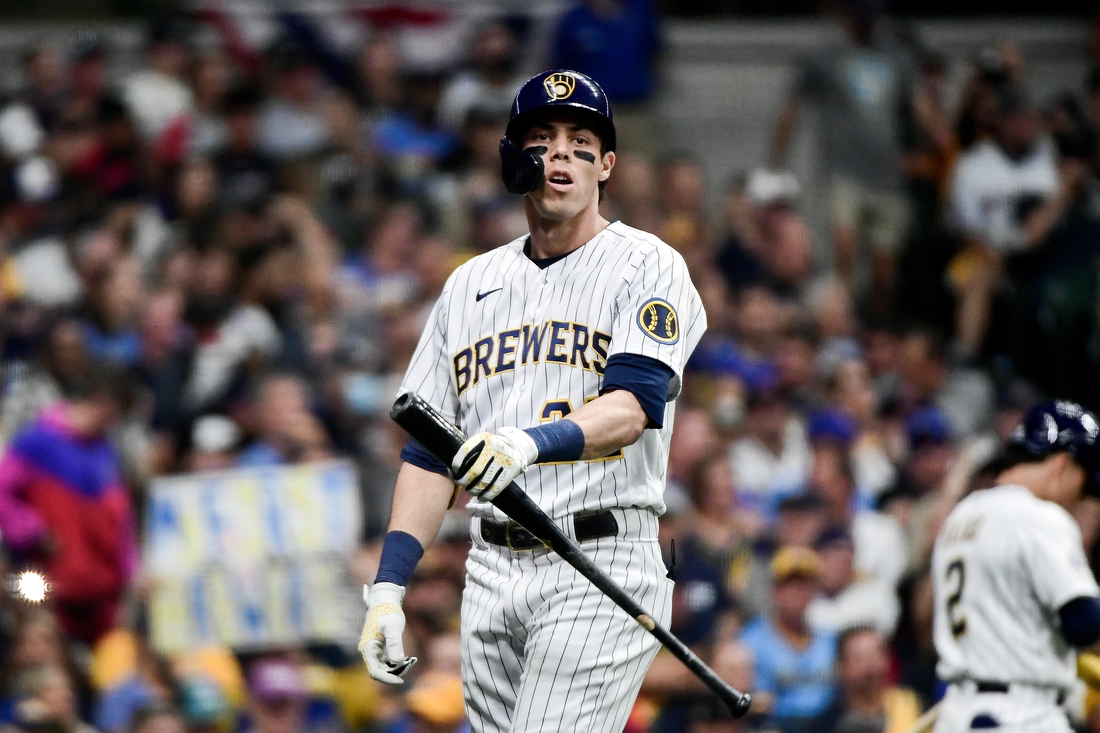 Ian Anderson will look to continue the Atlanta Braves’ trend of strong starting pitching on Monday afternoon when they play Game 3 of their National League Division Series against the visiting Milwaukee Brewers.

Charlie Morton tossed six scoreless innings before allowing a two-run homer to Rowdy Tellez in the seventh inning of an eventual 2-1 loss in the series opener on Friday. Max Fried also worked six scoreless frames Saturday as the Braves evened the set at one win apiece with a 3-0 win.

On Monday, the best-of-five series shifts to Atlanta, although one has to wonder which team holds the advantage by playing at Truist Park. The Braves posted just a 42-38 record at home while the Brewers boasted a 50-31 mark to set a franchise record for road victories outside of Milwaukee.

Austin Riley, who belted a solo homer on Saturday, said he thinks the Braves have the advantage.

“Going back home 0-2, you definitely don’t want it. Getting a split here is all you can ask for,” Riley told Bally Sports South and Southeast. “Taking it home to our fans, they’re excited. I know we are. I’m looking for it.”

Anderson (9-5, 3.58 ERA) owns a 4-0 record in six starts since returning from a seven-week absence due to right shoulder inflammation. The right-hander has yielded two runs or fewer in three of his past four starts.

Anderson, 23, flustered the Brewers in his lone start against them this season. He carried a no-hit bid into the seventh inning before allowing one run on two hits in an eventual 5-1 victory on May 15.

Milwaukee needs to wake up its slumbering bats in a hurry to keep Atlanta from moving within one win of returning to the NL Championship Series for the second straight season.

“It’s been a tough series to score runs for both sides,” Milwaukee manager Craig Counsell said. “It’s two games. It’s 1-1. It’s a two-out-of-three series now. Everybody’s going to be frustrated when you just miss a pitch that you feel like you had to hit, so I think that’s natural. But I don’t think offensively there’s frustration.”

Christian Yelich, who is 1-for-6 with two walks in the series, echoed that sentiment.

“It didn’t really work out for us (on Saturday). But, it happens,” Yelich said. “We kept after it, kept putting the pressure on them, and they did a good job making pitches when they had to.”

The Brewers announced right-hander Freddy Peralta (10-5, 2.81) as their starter for Game 3, although he limped down the stretch in September. He posted a 1-2 record with a 4.70 ERA in five starts last month.

Peralta, 25, certainly fared well in his lone start this season against Atlanta. He scattered two hits and struck out eight batters in six scoreless innings of a wild 10-9 victory on May 16.

In four career appearances (three starts), Peralta owns a 2-1 record with a 4.41 ERA vs. the Braves. Ozzie Albies (1-for-7) and Freddie Freeman (2-for-9) have struggled in small sample sizes against Peralta.

The 8.0-run Over/Under at DraftKings has seen split action, with 59 percent of the bets backing the Under but 54 percent of the money wagered on the Over.