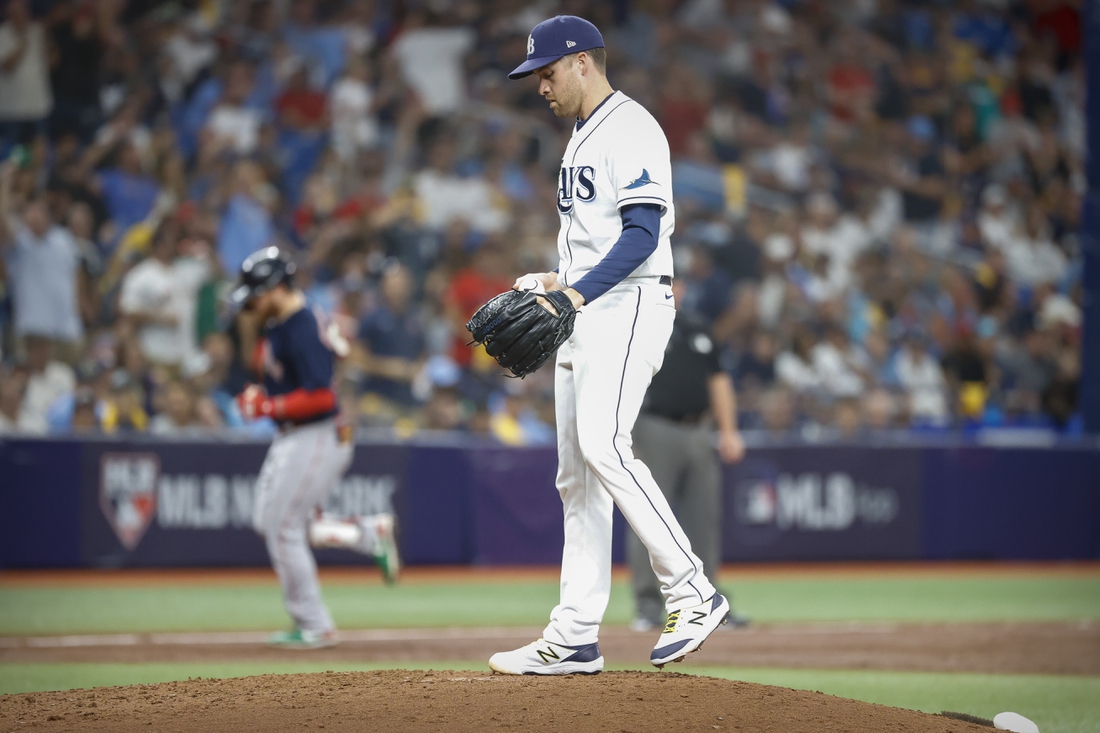 The Tampa Bay Rays will throw the kitchen sink at the Boston Red Sox on Monday, tabbing Collin McHugh to open Game 4 of the American League Division Series.

The Tampa Bay Times reported that McHugh and Michael Wacha are in line to get the bulk of the innings, after the Rays used nine pitchers in Sunday’s 13-inning loss. However, it’s all hands on deck for the Rays, save for rookies Shane McClanahan and Shane Baz, who started Games 1 and 2 of the ALDS, per the Times.

The Red Sox won Sunday’s 5-hour-plus marathon on Christian Vazquez’s two-run walkoff home run in the 13th. The Rays were robbed of a run in the top of the 13th when a ball hit by Kevin Kiermaier ricocheted off Red Sox outfielder Hunter Renfroe and bounced over the fence for a ground-rule double. Yandy Diaz, who would have scored from first on the play, was forced to return to third base.