MLB: Pirates rally from 5 down to clip Reds 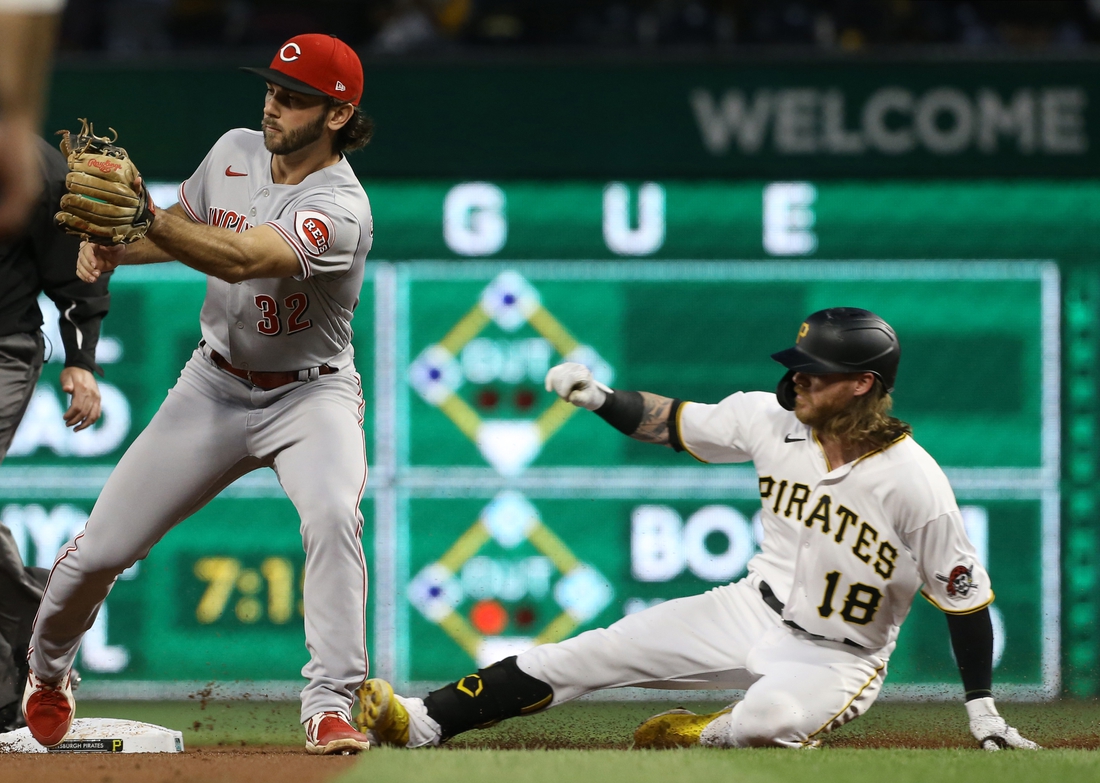 Wilmer Difo, Cole Tucker and Michael Chavis each drove in two runs Saturday for the Pittsburgh Pirates in a wild 8-6 win over the visiting Cincinnati Reds.

Bryan Reynolds had four hits, including an RBI triple, and Oneil Cruz added an RBI single for the Pirates (61-100), who trailed 5-0.

Pittsburgh starter Max Kranick gave up four runs, three earned, and five hits in four innings. Nick Mears (1-0) got the last out in the sixth for his first career win. Chris Stratton picked up his eighth save.

In the first, Stephenson singled and went to third on right fielder Yoshi Tsutsugo’s fielding error. Stephenson scored on Castellano’s sacrifice fly for a 1-0 Reds lead.

Cincinnati upped it to 2-0 in the third, as Delino DeShields singled and later scored on Schrock’s single.

In the fourth, Joey Votto walked. Suarez, playing in his 1,000th game, hit his 31st homer, to center.

Castellanos’ 34th homer, to right-center, in the fifth put Cincinnati ahead 5-0.

Pittsburgh went ahead in the bottom of the fifth. Ben Gamel singled, went to second on Jacob Stallings’ single and scored on Cruz’s single. Cruz, a touted prospect, was making his major league debut.

Stallings and Cruz scored on Difo’s pinch-hit triple, and Tucker drove in Difo with an infield single to close it to 5-4. Tsutsugo struck out before Reynolds singled, chasing Mahle for Justin Wilson. An out later, Chavis doubled in Tucker and Reynolds for a 6-5 Pirates lead.

The Reds tied it in the sixth. TJ Friedl led off with a double. Two strikeouts later, Schrock walked. Mears replaced Sam Howard, who gave up an RBI double to Stephenson.

Reynolds’ triple drove in Tsutsugo, who was hit by a pitch, in the bottom of the sixth for a 7-6 Pirates lead.

Luis Cessa walked Tucker with the bases loaded in the seventh to make it 8-6.