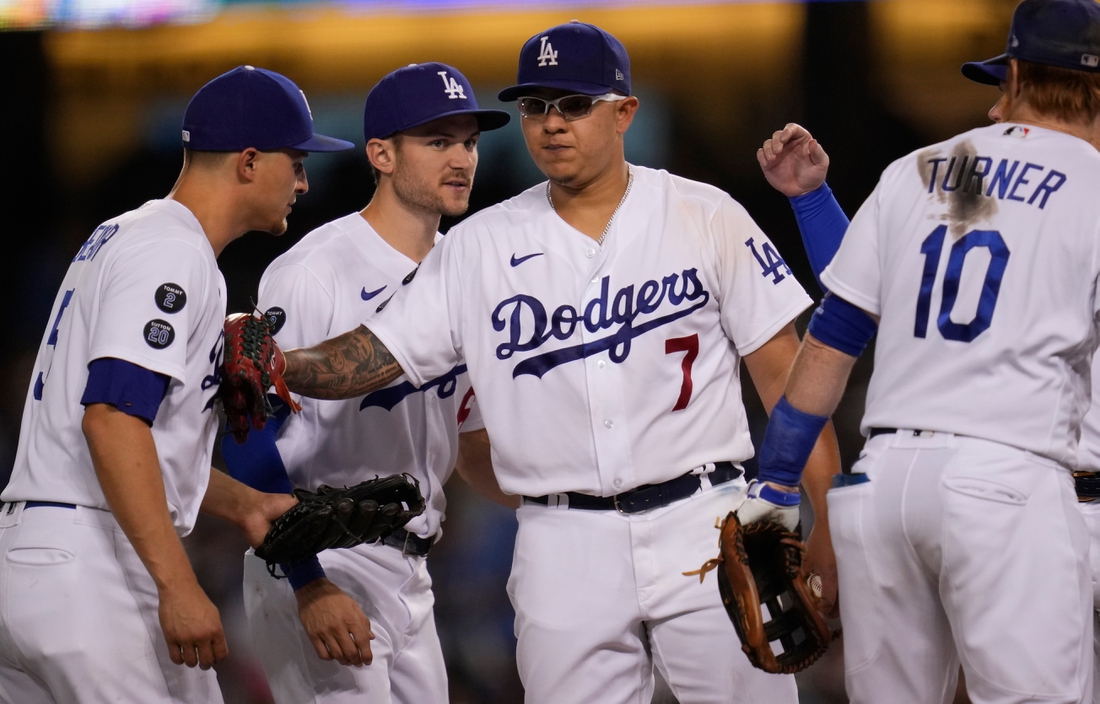 Julio Urias picked up his 20th win and the Los Angeles Dodgers pushed the National League West race to the final day of the regular season with an 8-3 victory Saturday over the visiting Milwaukee Brewers.

The victory moved the Dodgers (105-56) one game behind the San Francisco Giants in their bid to win a ninth consecutive division title. A Dodgers victory Sunday and a Giants loss to the San Diego Padres would force a 163rd game in the season for the NL West crown.

Urias (20-3) gave up one run on one hit over 6 1/3 innings with seven strikeouts to become the National League’s first 20-game winner since teammate Max Scherzer with the Washington Nationals in 2016. The last Dodgers pitcher to win at least 20 was Clayton Kershaw in 2014.

Brewers right-hander Corbin Burnes (11-5) went just two innings in his final tune-up start before the playoffs, giving up a three-run home run to Turner in the first inning. Burnes exited with an NL-leading 2.43 ERA, just slightly ahead of Scherzer (2.46) and Walker Buehler (2.49), who is expected to pitch for the Dodgers on Sunday.

The Brewers (95-66) jumped out to the early lead on a first-inning RBI groundout from Christian Yelich. Urias buckled down from there, with Yelich’s grounder the start of 16 consecutive Brewers retired before a Willy Adames walk in the sixth.

By then the Dodgers had built a 7-1 lead with a sacrifice fly from Will Smith, a two-run home run from Pollock, his 21st, and a solo shot from Corey Seager, his 16th. Pollock has four home runs in his last four games, while Seager has gone deep six times in his last six games.

Max Muncy had an RBI double in the eighth inning for the Dodgers, while Trea Turner had two hits to extend his hitting streak to 18 games and his NL-leading batting average to .328.

Adames hit his 25th home run in the ninth inning off David Price, followed by Eduardo Escobar’s double for his 1,000th career hit. Escobar scored on a single by Tyrone Taylor.