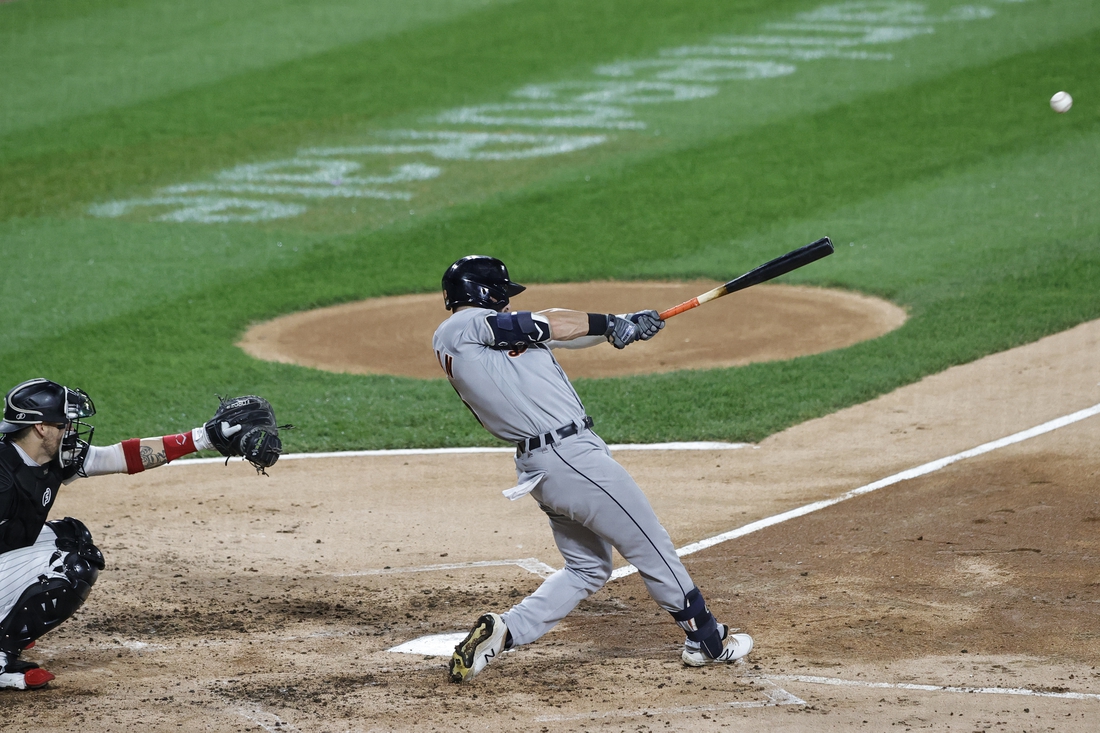 Yoan Moncada drove in three runs, including a go-ahead two-run homer in the eighth, and the host Chicago White Sox stretched their winning streak to six games with a 5-4 victory over the Detroit Tigers on Saturday.

Moncada also had two doubles and scored twice. Gavin Sheets scored one run and drove in another, while Tim Anderson had two hits and an RBI as Chicago (93-68) rallied from a 4-0 deficit.

Aaron Bummer (5-5) pitched an inning of scoreless relief to get the win, while Liam Hendriks collected his 38th save. Chicago starter Lucas Giolito gave up one run on two hits in five innings.

Robbie Grossman led Detroit’s offense, reaching base three times while scoring a run and knocking in another.

The Tigers (76-85) broke through in the fourth. Grossman led off with a single, stole second and advanced to third on Miguel Cabrera’s long fly ball. Jeimer Candelario brought home Grossman with a single.

Detroit had two runners on with none out in the sixth as Akil Baddoo singled and Grossman walked. But reliever Ryan Burr struck out Jonathan Schoop and induced Cabrera to bounce into a double play.

The Tigers scored three runs in the seventh against Dallas Keuchel. Isaac Paredes singled, advanced to second on a wild pitch and scored on Eric Haase’s two-out single. Daz Cameron ripped a double down the third-base line to bring home Haase. Following a walk to Baddoo, Grossman slapped a single to knock in Cameron.

The White Sox rallied for three runs in the bottom of the inning against Jose Urena and Alex Lange. Doubles by Yasmani Grandal and Moncada produced the first run. Sheets brought home Moncada with a single. Three batters later, Anderson singled to knock in Sheets.

Kyle Funkhouser (7-4) set down the first two batters in the bottom of the eighth. Eloy Jimenez drew a walk before Moncada’s blast to left, his 14th homer this season.