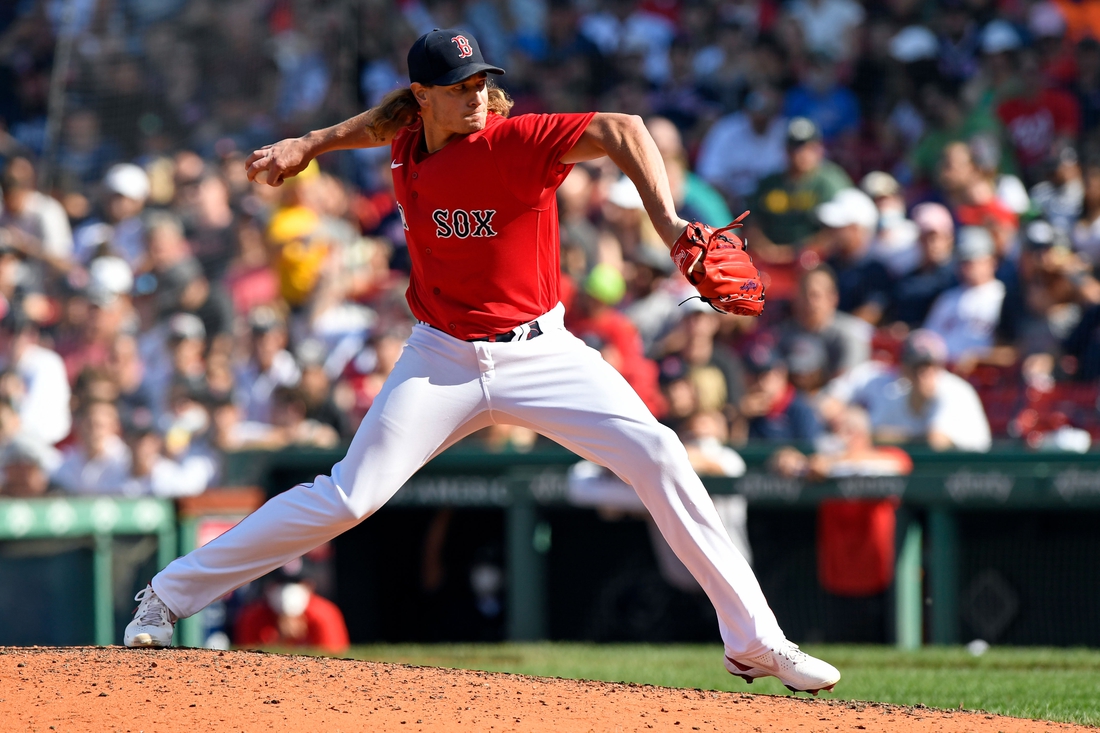 Boston Red Sox right-hander Garrett Richards will miss the rest of the American League Division Series against the Tampa Bay Rays with a left hamstring strain.

The Red Sox replaced Richards on their roster with right-hander Matt Barnes after gaining approval from Major League Baseball.

Richards faced one batter — recording an out — in Thursday’s 5-0 loss to the Rays on Thursday.

Barnes had a strong first half and made the American League All-Star team but struggled over the second half and lost his job as closer. He was 6-5 with a 3.79 and 24 saves and struck out 84 in 54 2/3 innings.

Also, designated hitter J.D. Martinez (ankle) was in the starting lineup for Friday night’s Game 2. Martinez missed Game 1. He batted .286 with 42 doubles (tied for the major-league lead), 28 homers and 99 RBIs in the regular season.