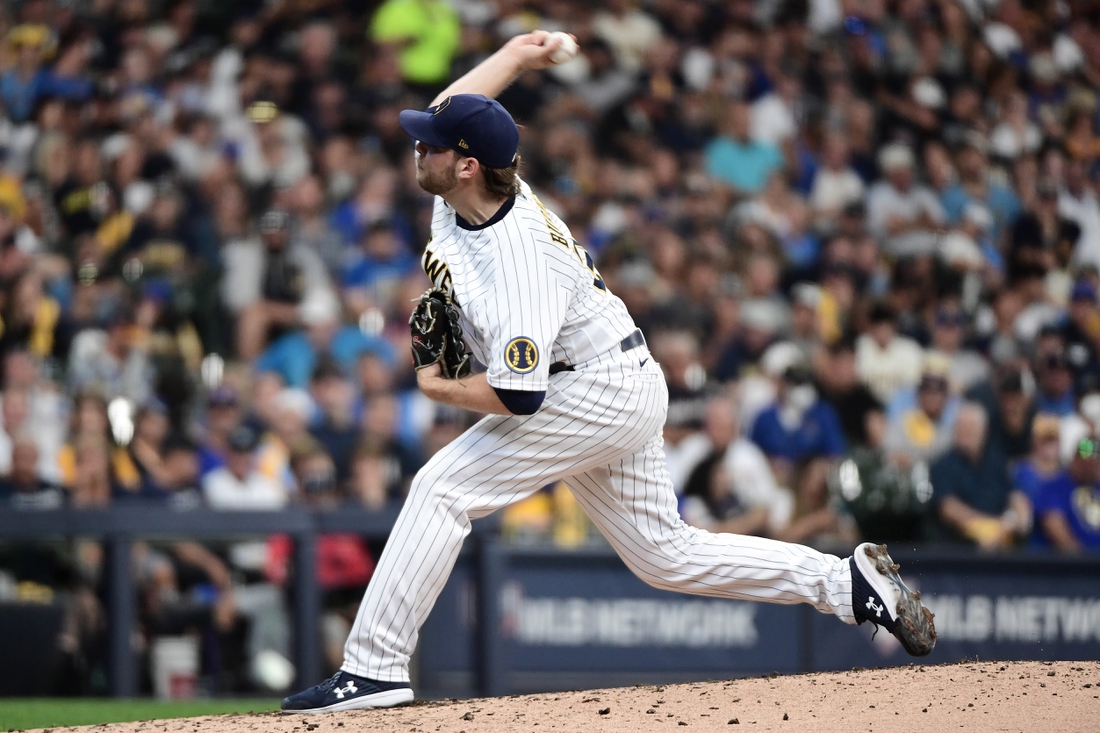 Rowdy Tellez snapped a scoreless tie with a two-run home run in the seventh inning to lift the host Milwaukee Brewers to a 2-1 victory over the Atlanta Braves on Friday in the first game of their National League Division Series.

Braves starter Charlie Morton (0-1), who had allowed just two hits through six innings, hit Avisail Garcia with a pitch to open the seventh. Tellez, who was on the injured list from Sept. 12 to Oct. 1 with a right patella strain, then drove a 1-2 pitch 411 feet to right-center.

“It was about as good as you can get,” Snitker said. “Threw one pitch that he probably would take back. But other than that, shoot, it was awesome.”

Pinch hitter Joc Pederson brought the Braves within 2-1 with an opposite-field homer to left with two outs in the eighth off Adrian Houser, who had retired the first five hitters he faced.

Josh Hader, who converted 34 saves in 35 tries during the regular season, preserved the victory with a scoreless ninth, despite allowing a walk and a hit. Pinch hitter Orlando Arcia, acquired from Milwaukee in an early-season trade, grounded out with runners at the corners to end the game. Houser (1-0) got the victory.

Brewers starter Corbin Burnes, the majors’ regular-season ERA leader, allowed two hits in six scoreless innings before being lifted for a pinch hitter. He struck out six and walked three in his 91-pitch outing.

Burnes worked out of trouble in the first when Jorge Soler and Freddie Freeman walked to open the inning, and Soler continued to third on a passed ball. Ozzie Albies grounded out to first baseman Tellez, who tagged first and cut down Soler at the plate for a double play. Freeman took third on a wild pitch, but Burnes fanned Austin Riley.

“You saw it gave Corbin life because it was going to be a tough first inning,” Counsell said. “The first two guys gave him great at-bats, just tough at-bats, as you’d expect.”

Atlanta did not get its first hit off Burnes until Eddie Rosario led off the fifth inning with a bloop single to shallow right center, but he was immediately erased when Travis d’Arnaud grounded into a double play.

Milwaukee, which won the NL Central despite losing 10 of its final 14, was just 16-49 when scoring three runs or fewer.

Right-hander Brandon Woodruff (9-10, 2.56 ERA) starts for the Brewers in Game 2 at Milwaukee on Saturday against left-hander Max Fried (14-7, 3.04) for the NL East winners. Atlanta and Milwaukee split six regular-season games, each winning two on the road.