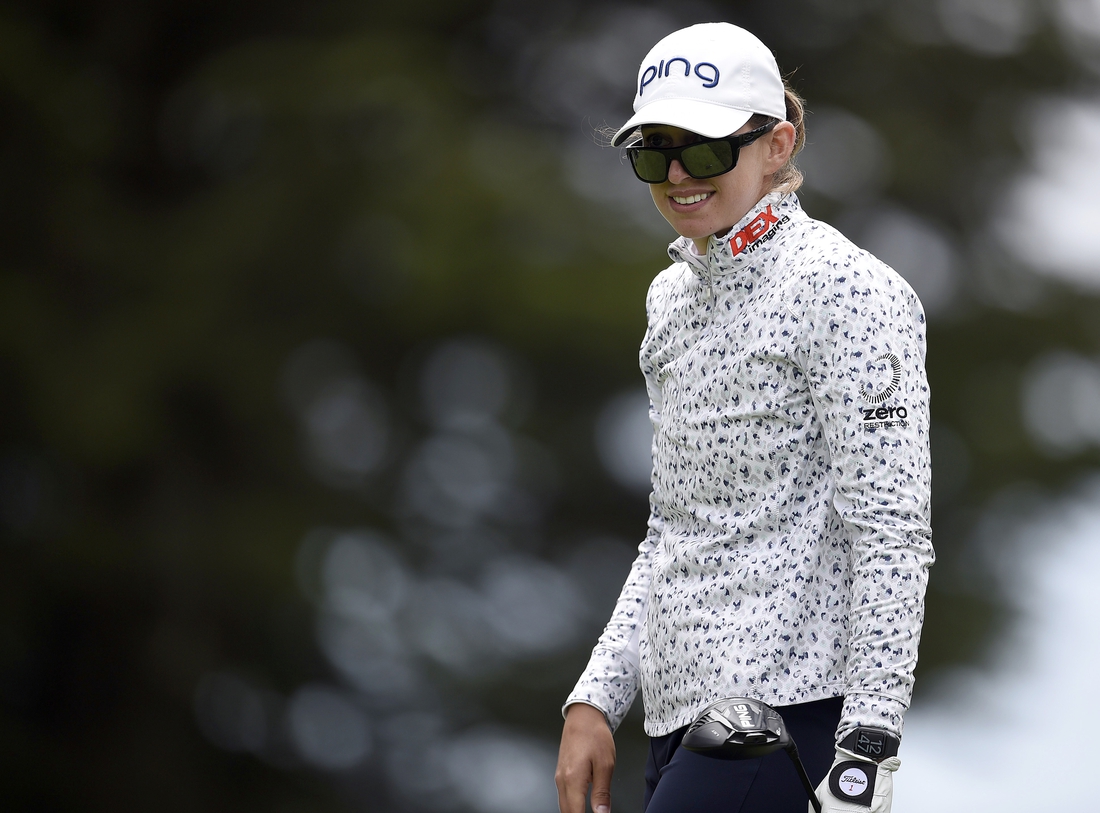 Jin Young Ko of South Korea maintained a four-stroke lead while Elizabeth Szokol surged into a second-place tie with three other golfers Saturday in the third round of the Cognizant Founders Cup in West Caldwell, N.J.

Ko, ranked no. 2 in the world, first had to resume her second round that had been suspended due to darkness Friday evening, but the long day of golf didn’t seem to affect the defending champion.

Ko hit 10 of 14 fairways and grabbed four birdies throughout her 2-under 69 third round, despite windy conditions. She also had two bogeys.

Szokol fired a 6-under 65 to forge that second-place tie. Her day included seven birdies and one bogey.

“I hit a lot of fairways and that definitely helped,” Szokol said. “I had a lot of good chances for birdie and got a few long putts to fall, so it was definitely a good day.”

She’s tied with U.S. Women’s Open champion Yuka Saso of the Philippines, So Yeon Ryu of South Korea and Lindsey Weaver at 9-under. Saso’s third-round 67 included five birdies and one bogey, while Weaver recorded a 2-under 69 and Ryu hit a par 71.

Five golfers are tied for sixth, one of whom, World No. 1 Nelly Korda, finished 3-under with a 68. Korda hit 11 of 14 fairways with five birdies.

“It was a little bit more difficult,” Korda said. “Definitely wasn’t as hot. It was a lot windier. Obviously I came out here really early so I’ve been up for a really long time.

“Definitely feeling it a little bit.”

Korda is tied with Germany’s Caroline Masson and Mexico’s Maria Fassi, who each recorded a 2-under 69, and Lexi Thompson and France’s Perrine Delacour both put down 1-under 70s on their scorecards.

Six more golfers are a stroke back at 6-under, including Korda’s older sister, Jessica.

“We always said it’s like a built-in best buddy. It’s always fun, no filter, so that’s nice. But, yeah, I enjoy playing with Jess,” Nelly Korda said. “It’s actually crazy, because we legitimately hit the same stuff into every green. I see her whipping out a 7-wood and I’m like, Okay, 7-wood it is. I’m hitting 7-wood, too.

Other standouts Saturday included Jennifer Chang and Japan’s Nasa Hataoka, tied for 17th at 5-under after both golfers scored 5-under 66’s.