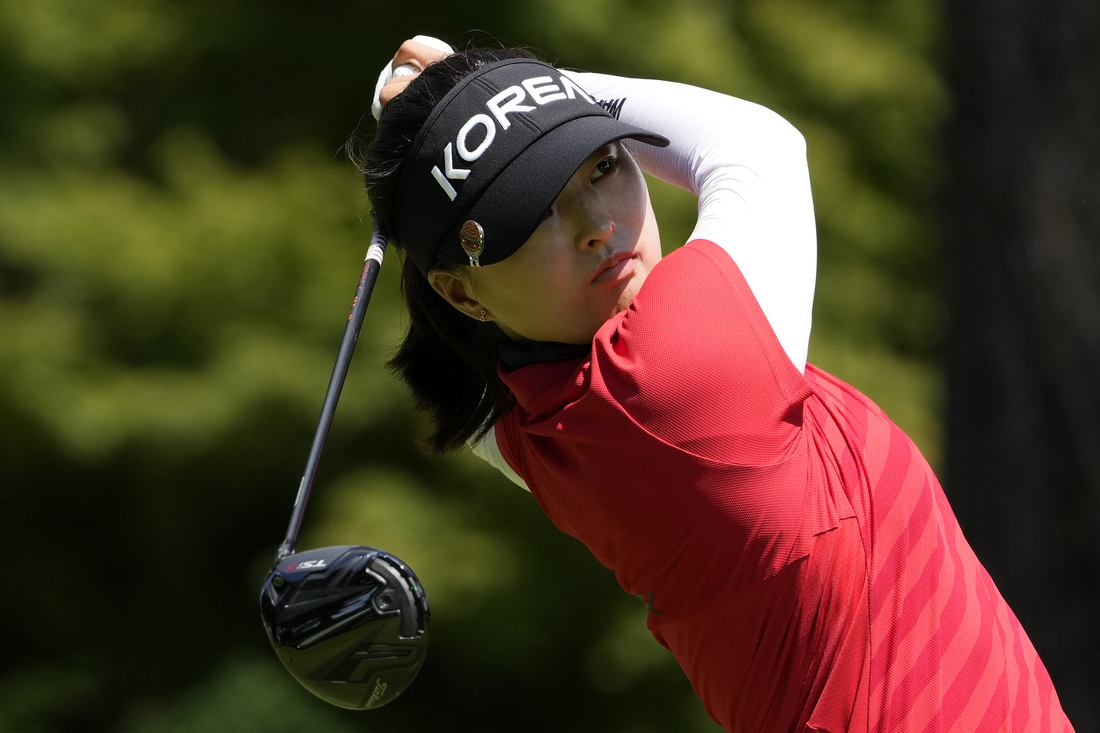 Defending champion Jin Young Ko of South Korea held a three-shot lead when play was suspended due to darkness Friday during the second round of the Cognizant Founders Cup in West Caldwell, N.J.

Ko, ranked No. 2 in the world, could extend her streak of rounds in the 60s to 12. Annika Sorenstam holds the LPGA Tour record at 14. Mountain Ridge Country Club is a par-71 setup, so Ko can secure a 2-under 69 with four pars when play resumes Saturday.

Ko said she isn’t bothered by having to stop a round and restart it in the morning.

“I had a lot of good opportunity for birdies and left four holes for tomorrow,” Ko said. “I will just take a rest tonight and then I will get better for tomorrow.”

Weaver, who is seeking her first tour win, is in good position after a rough stretch. In four of her past five starts, she either missed the cut or withdrew.

The 28-year-old made six birdies and two bogeys Friday and was relieved to complete her round before dark.

“Surprisingly I am hitting it pretty good,” Shin said. “Beginning of this week I was a little bit lost, and then I decided maybe I shouldn’t hit any balls. I didn’t practice a little all this week. Just kind of went with my feel, and I think that’s what’s been helping me this week so far.”

Chun made nine straight pars to open her round, then birdied Nos. 10, 11 and 12 before the suspension of play cut off her momentum.