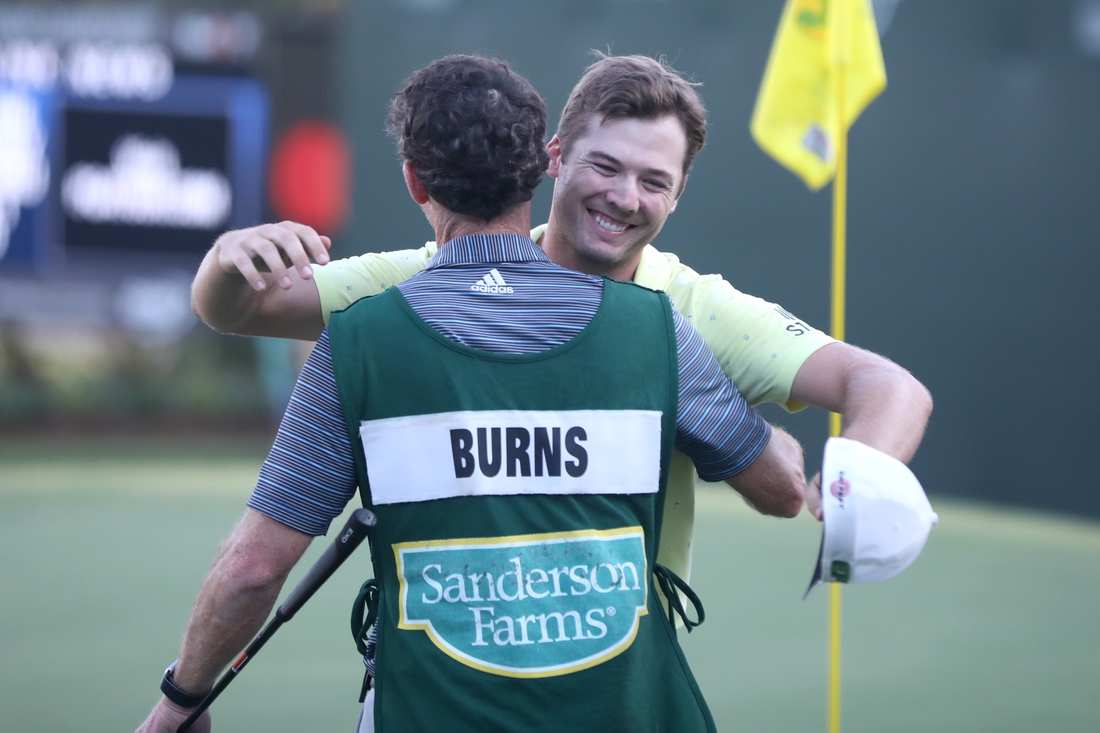 Sam Burns shot a final-round 5-under 67 Sunday to emerge from the pack and win the Sanderson Farms Championship in Jackson, Miss.

Burns’ 22-under 266 was enough for his second title this calendar year, after winning last season’s Valspar Championship in May. Nick Watney (65) and Cameron Young (68) tied for second at 21 under.

“It hasn’t really set in yet. Still looking out there at the golf course like kind of trying to figure out what happened,” said Burns, 25.

What happened was a stretch of four birdies over five holes on the back nine to bring Burns as low as 23 under for the tournament. He got to within 8 feet for birdie at No. 11, drained a 13-footer at the par-3 13th, left an eagle putt inches to the right at the par-5 14th and had a tap-in birdie at No. 15. A bogey on Burns’ last hole didn’t do enough damage to his advantage over the field.

Burns did his best not to worry about how the rest of the field was scoring.

“I didn’t really look. I made a comment to Travis (Perkins, his caddie) on the par-3, 13, can’t remember what I said, but he kind of snapped me back into it, back into what we were trying to do,” Burns said. “And so he was great all week and just keeping us in the moment and keeping us focused on our process.”

Burns also birdied three holes on the front nine. None of those putts was longer than 6 feet, 4 inches, thanks to stellar iron play.

He dedicated the win to his infant nephew, Burns Walker, who is in the hospital with spinal meningitis.

“He won’t remember (the victory) because he’s only five or six weeks old, but I’ll definitely remember it and our family will remember it and (I’m) just really thinking about my sister and her husband and their family and what they have experienced,” Burns said.

Watney had a bogey-free card with seven birdies, including a 25-foot birdie putt at No. 14 and a 5-footer at No. 15 to make a brief run at Burns.

Sweden’s Henrik Norlander fired the round of the day, an 8-under 64 featuring an eagle and three birdies on his back nine. He drove the 14th green in two and drained a 40-foot putt for eagle.

PGA Tour rookie Sahith Theegala held at least a share of the lead after each of the first three rounds. But his final-round 71 led him to a tie for eighth at 19 under with Seth Reeves (69) and South Korea’s Si Woo Kim (66).

“It was a fantastic week,” Theegala said. “I played some really good golf and just a little unfortunate how that sort of how that back nine is. But it’s my first one and first time really being in that position, so I’m obviously going to learn a lot and just take so many positives away.”