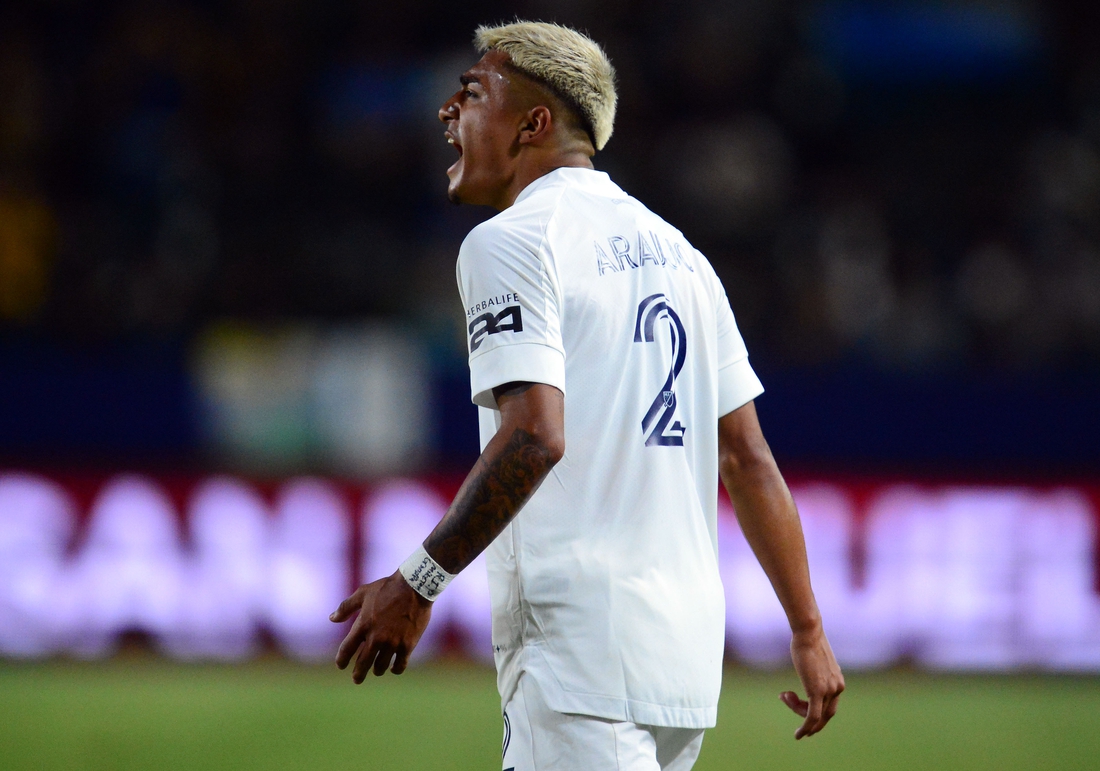 A Mexican-American dual national, Araujo was eligible to file for a one-time switch after previously playing for the U.S. team. FIFA and Araujo announced Tuesday that his request was approved.

“My heart is with Mexico,” Araujo said in a statement. “I’m grateful for every opportunity that U.S. Soccer has provided me to help me grow as a soccer player and now I am excited to continue my international career with Mexico.”

Araujo only has one cap for the U.S. senior team, but also made appearances for the Americans’ under-23 team and other youth squads. He chose to decline a call-up to the USMNT this past summer for the CONCACAF Gold Cup, which the U.S. went on to win by beating Mexico in the final.

Araujo follows midfielder Efrain Alvarez and goalkeeper David Ochoa as dual nationals to switch from the States to Mexico, but the Stars and Stripes managed to keep teenage striker Ricardo Pepi.