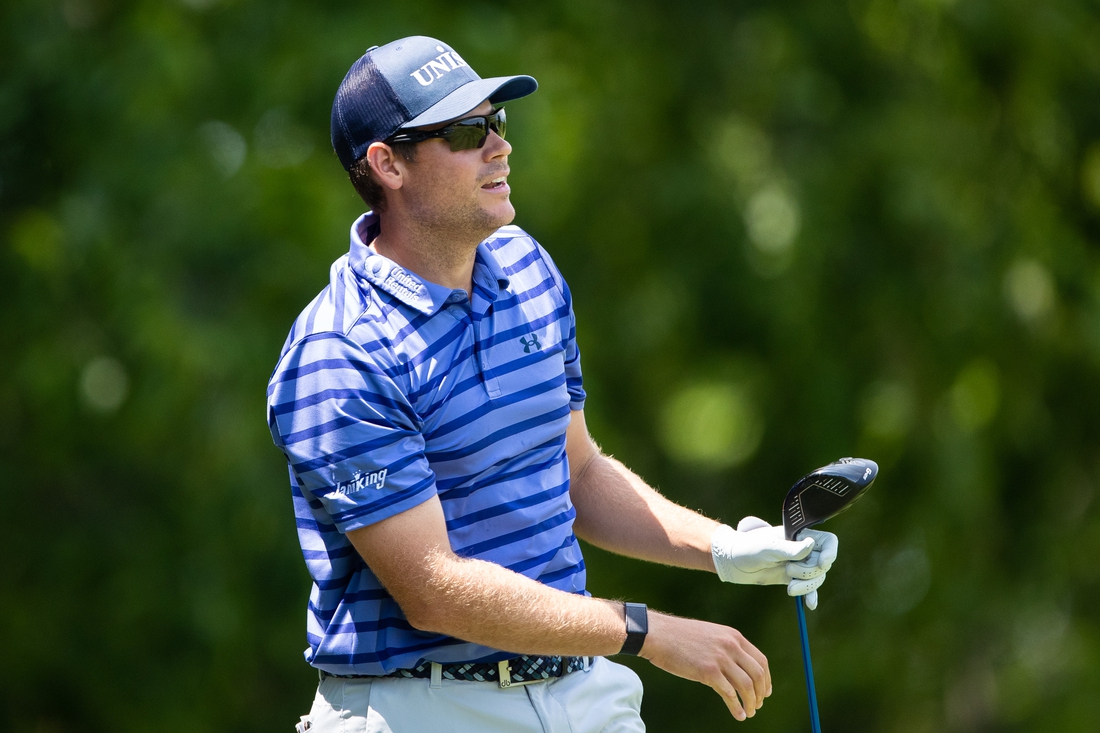 Adam Schenk fired a 66 Saturday to sit alone atop the leaderboard after the third round of the Shriners Children’s Open in Las Vegas.

Schenk sits at 18-under 195 and holds a one-shot lead over Matthew Wolff (65) heading into Sunday’s final round at TPC Summerlin.

Second-round co-leader Sungjae Im shot 70 to fall into sixth place at 15 under, three shots back. Adam Hadwin (68) and Harry Hall (68) are four shots back in seventh.

Schenk got off to a bit of a rough start, carding bogeys on two of his first five holes. But he finished with seven birdies, including one that he sandwiched between the bogeys. He posted birdies on three of his final four holes.

“Great finish,” Schenk said, brushing off his poor start. “Definitely disappointing, but there’s so many more birdie holes out there and the first five or six holes might be probably the hardest holes on the golf course, minus the finish.”

Having a lead after 54 holes is not a common situation for Schenk.

“I haven’t been in this situation a lot. I started to play a lot better towards the end of last year, but just keep doing the same things I’ve been doing. I mean, you’re going to have to shoot a low score tomorrow,” Schenk said.

Wolff posted a clean round of four birdies and an eagle on the par-5 16th.

“I’m not really sure what it’s going to take tomorrow,” Wolff said. “But I know that if I keep on doing what I’m doing, I’m sure I’m going to like where I end up at the end of the week. … I think it’s going to be a really good test tomorrow, I don’t know how the conditions are going to be, but I’m just really looking forward to having a good time.”