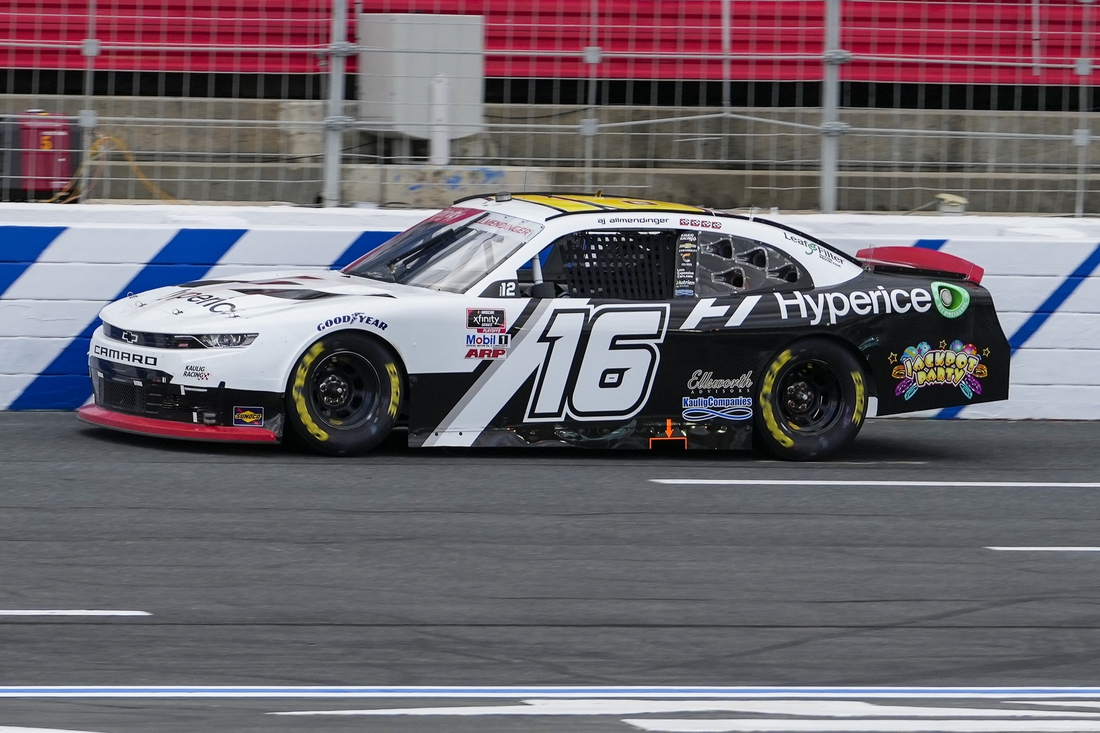 The driver of the No. 16 Kaulig Racing Chevrolet won his third straight race at the 2.28-mile, 17-turn Roval and achieved several milestones in the process.

With his overtime victory in the Drive for the Cure 250 presented by Blue Cross Blue Shield of North Carolina, Allmendinger clinched a spot in the Round of 8 in the NASCAR Xfinity Series Playoffs. He won for the fifth time this season and the 10th time in his career.

Allmendinger, who worked his way forward from the 14th starting position, took the lead for good on Lap 48 when Ty Gibbs suffered brake problems, blew the chicane on the backstretch and had to come to a full stop before continuing.

From that point, Allmendinger stretched his lead to 8.8 seconds before a caution for Tommy Joe Martins’ wreck on Lap 64 sent the race to overtime.

After the subsequent restart on Lap 67, Allmendinger pulled away again and beat Cindric to the finish line by 3.192 seconds.

“I knew it was coming out,” Allmendinger said of the final caution. “It wasn’t going to go simple like that. That was a fight today. We had to be kind of on defense early, worrying about the points. This place was tough to pass–the track was really slick to start with, obviously, because of all the rain.

“Once we got the lead, the (car) was stupid-fast.”

As the final run progressed, Cindric didn’t have the pace to keep up with Allmendinger.

“I feel like this has honestly been one of my weakest road courses for probably exactly what you saw–the rear tires fall off way too much,” Cindric said. “I felt like I was driving a skid-pad car after about 10 laps.

“I feel a little bit lucky and a bit fortunate, honestly. I didn’t get moved or put in the wall, so either way we had a fast car. I think we set a fast lap time and got a good finish, so that sets us up well for Texas. I just wish we could have taken advantage of getting a Playoff point.”

Instead, it was Hemric who added to his Playoff point total by winning the first two stages of the race. Allmendinger gained five additional Playoff points for the victory.

The race featured six lead changes among five drivers, with Allmendinger leading the final 21 circuits. There were seven cautions for 13 laps, the fourth of which also caused a brief stoppage when the brakes failed on the No. 07 Chevrolet of Josh Bilicki, with the car plowing through the backstretch chicane and dislodging pieces of curbing in its path.

Track workers had to remove the exposed bolts that had held the curbing in place before the race could continue.