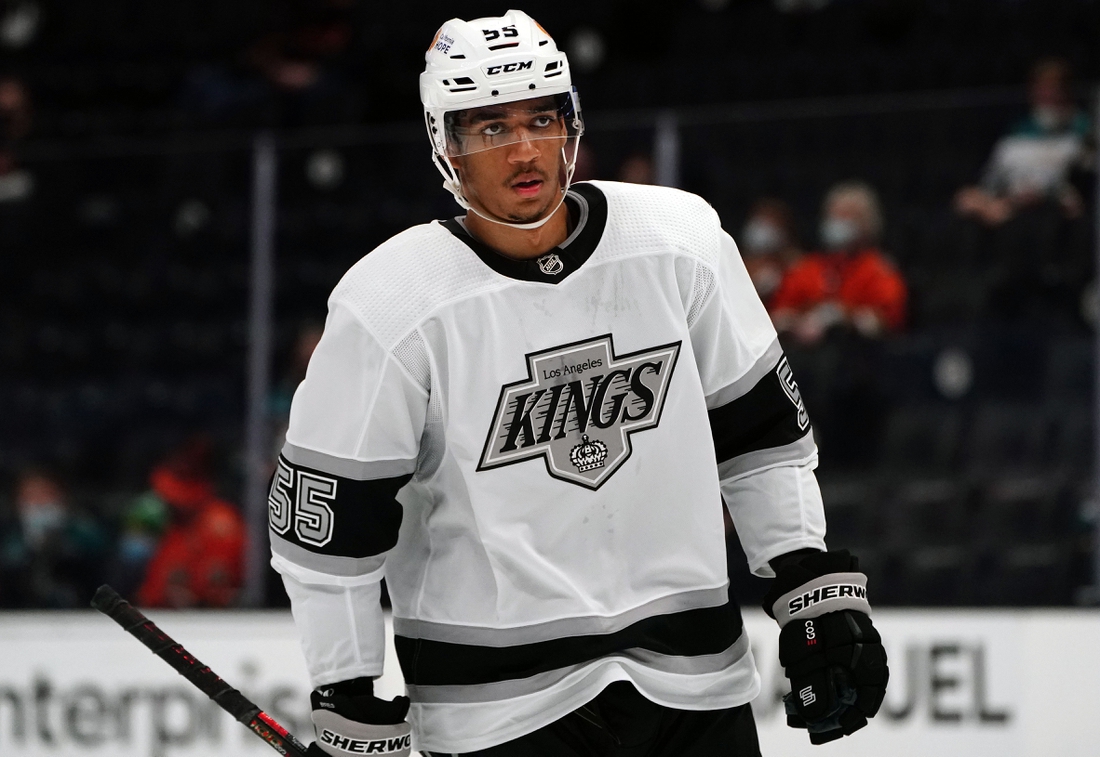 According to the team, the 19-year-old rookie will be sidelined indefinitely.

Byfield got hurt in the final period of the Kings’ 4-1 home preseason loss to the Coyotes when hit by Arizona’s Christian Fischer. Byfield finished the night with two shots on goal.

The second overall selection in the 2020 draft, Byfield made his NHL debut in April. He appeared in six games for Los Angeles last season, recording one assist and two penalty minutes while averaging 15:01 of ice time.

He spent most of last season with the Kings’ AHL affiliate in Ontario, Calif., recording eight goals and 12 assists in 32 games.

Looking to fill the vacancy Byfield leaves, the Kings called up Arthur Kaliyev, Alex Turcotte, Rasmus Kupari and Jaret Anderson-Dolan from Ontario ahead of a Wednesday preseason road game against the Anaheim Ducks.

The Kings open the regular season Oct. 14 against the visiting Vegas Golden Knights.