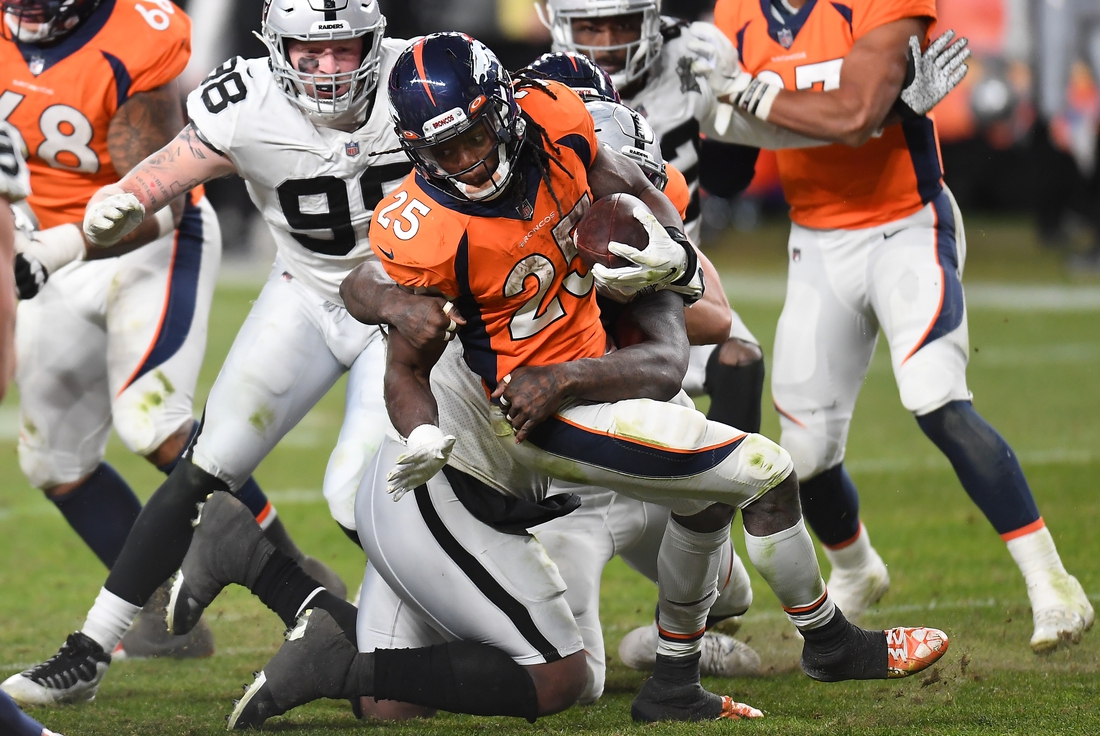 Raiders Week in Denver is normally a time to sneer at the AFC West rivals and call them names. But with the upheaval within the Las Vegas organization, the vitriol has been largely muted ahead of Sunday’s game between the Raiders and Broncos.

The uncovering of Jon Gruden’s offensive emails from a decade ago led to his sudden resignation Monday night as the head coach of Las Vegas, putting the team in turmoil that goes beyond a two-game losing streak.

The Raiders (3-2) visit Denver (3-2) with plenty of uncertainty on and off the field.

Special teams coach Rich Bisaccia was elevated to interim head coach with the task of bringing Las Vegas out of its funk. But while he tries to bring a sense of normalcy to the players, a dark cloud hangs over the team.

Owner Mark Davis, who called Gruden a “dream” hire when he brought him on in 2017, has been mostly silent on the situation, punting when asked about the controversy by ESPN.

“I have no comment. Ask the NFL. They have all the answers,” he said Wednesday.

The Raiders are searching for answers on the field as well. Quarterback Derek Carr’s fast start has faded with two subpar performances. He has passed for a total of 402 yards in the last two weeks, 33 yards fewer than he had in the season opener.

Las Vegas has struggled to find a running game as well. The Raiders are averaging 78.6 rushing yards per game, but take away backup quarterback Marcus Mariota’s 31-yard run in the first game and it drops to 72.4 yards.

The Broncos are in a similar slide after starting the year with three wins. They, too, have struggled to find consistency on offense, particularly on third downs where they have gone 5-for-26 over the past two games.

Part of the problem has been injuries to the receiving corps.

Jerry Jeudy went down in the first game and KJ Hamler was lost in Week 3. Denver tried to shore up the depth this week by signing veteran wideout John Brown to the practice squad. He was with the team Wednesday, but it wasn’t known if he would be activated for Sunday.

“Offensively, we have had too many third-and-longs,” head coach Vic Fangio said. “You have to convert some of those. Lately we haven’t been able to do that. We did that in the first weeks. The last few weeks, I don’t know if we have gotten any. We have to get in more manageable third downs and no matter what third down we are in, we have to convert.”

The defense will get a boost this week with the return of cornerback Ronald Darby from a hamstring injury. Fellow cornerback Mike Ford will be out with a knee injury suffered in last week’s loss at Pittsburgh.

Safety Kareem Jackson (back) and running back Melvin Gordon III (hip) did not practice Wednesday, but their status for Sunday hasn’t been determined.

For Las Vegas, only defensive tackle Johnathan Hawkins (hip) did not practice Wednesday due to injury.