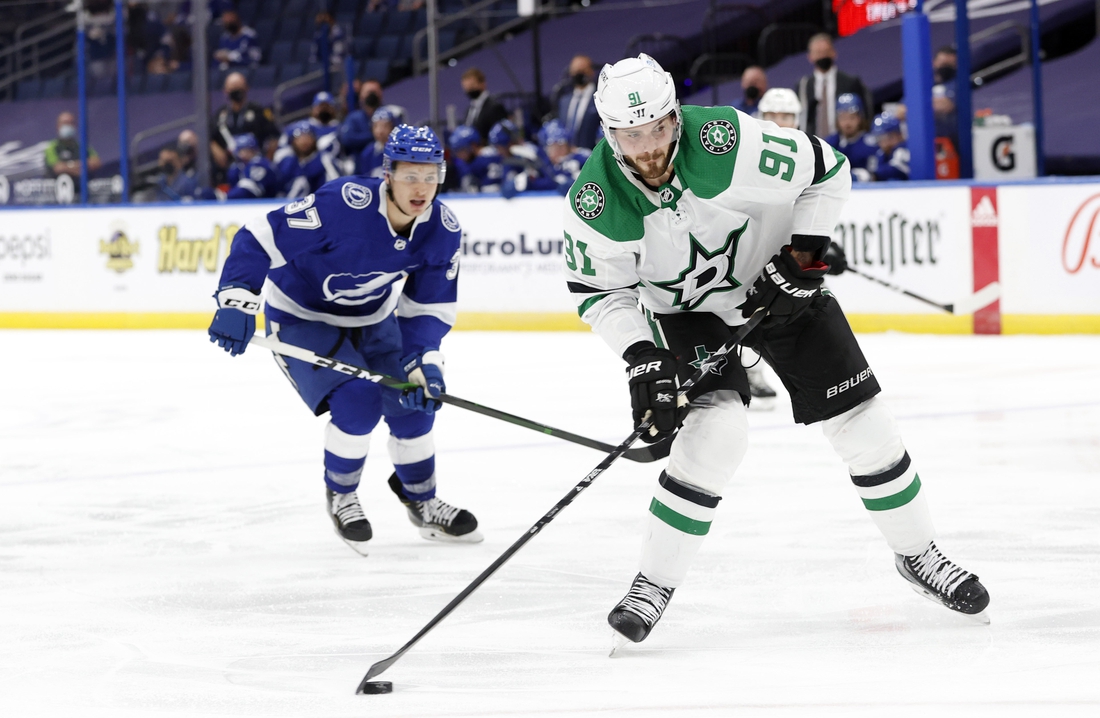 The New York Rangers began the Gerard Gallant era with a dud against the Washington Capitals that left them discussing various aspects that went wrong.

The Rangers hope to avoid facing questions about a poor performance when they return to New York for their home opener against the Stars on Thursday night. Dallas will be making its season debut.

Gallant’s version of the Rangers began the season with a 5-1 nationally televised loss in Washington on Wednesday. New York’s new emphasis on physical play was among the things to doom the team to a lopsided loss, especially when the Rangers were whistled for nine penalties and allowed three power-play goals.

Chris Kreider scored New York’s lone goal. His power-play goal came after the Rangers fell behind 4-0 and started getting away from their game, according to Gallant. The new coach will be behind the bench for New York’s first home game since getting outscored 10-5 in a pair of home losses to Washington on May 3 and May 5.

After the first of those two defeats eliminated the Rangers from playoff contention, the team fired team president John Davidson and general manager Jeff Gorton. The Rangers axed coach David Quinn a week later after the regular season ended.

Gallant said of his first game in charge, “I was happy as hell with the way we played the first half. We contained them. You come into this building, they’ve got six or seven shots after 33 minutes, so I was pretty happy with the way the game was going. After that third goal, we were a different team. We changed our game (and) we started taking high-risk plays.”

While the Rangers took a late trip back to New York, Dallas is ready for a season-opening, four-game road trip after following up a run to the 2020 Stanley Cup Final by missing the postseason in 2021. After losing in six games to the Tampa Bay Lightning for the 2019 championship, the Stars went 23-19-14 and missed the postseason by four points.

The Stars return most of the same cast for a season that many view as the end of their window for a championship due to several key players being on expiring contracts, as is coach Rick Bowness.

“We know the situation with our team, where we’ve got quite the balance of older guys and younger guys, kind of the perfect mix,” Dallas center Tyler Seguin said. “We know there are some core pieces that are coming out of deals right now, and that’s not lost on us. We know we’ve got a great team on paper, but paper doesn’t mean anything.”

Dallas is also hoping Seguin is back to full strength after being limited to three games in the shortened season following hip and knee surgeries. Seguin scored 17 goals two seasons ago and finished with 13 points during the Stars’ unexpected run to the Stanley Cup Final.

“Everyone is excited,” Seguin said. “It felt like a long camp because we haven’t really had any in the last while. But everyone is ready and pumped up.”

Seguin spent this week practicing on the same line as Jamie Benn and fellow veteran Alexander Radulov. Radulov missed practice Wednesday due to a non-COVID 19 illness, but the Stars were hopeful he would play the season opener.