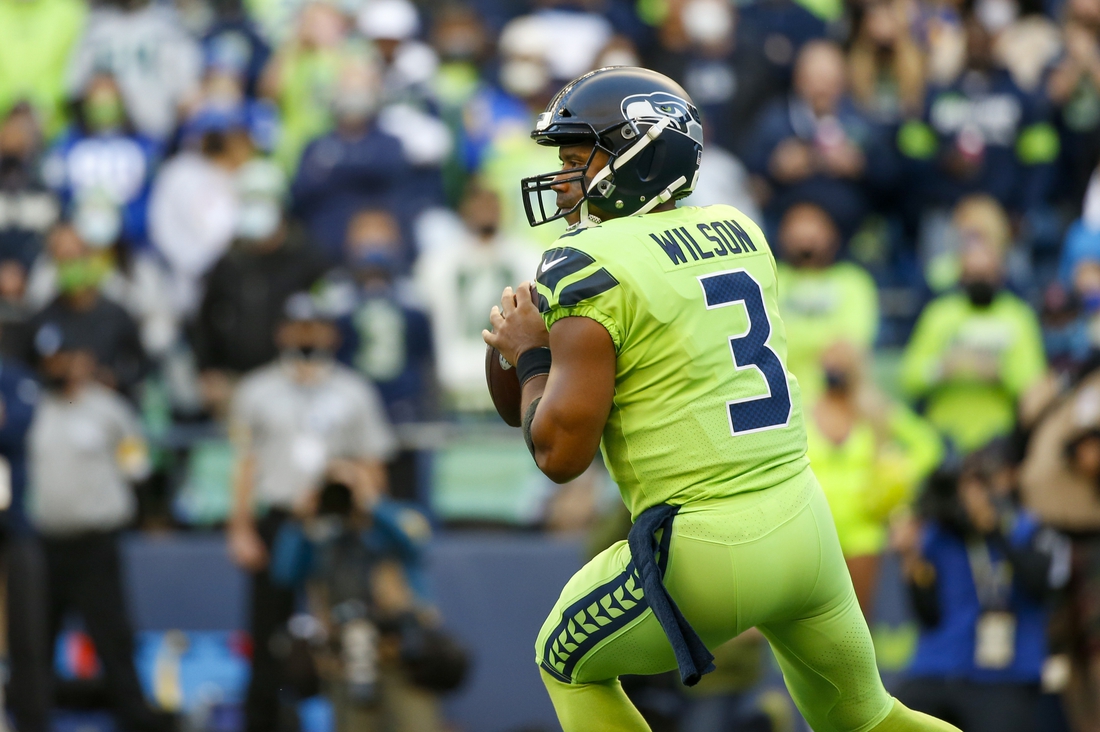 Seattle quarterback Russell Wilson left the Seahawks’ Thursday defeat to the visiting Los Angeles Rams due to a badly sprained right middle finger, and his status moving forward is uncertain.

Seahawks coach Pete Carroll said postgame that it’s an injury “we’ve got to figure out. … I wouldn’t put any timeline on it right now.”

Wilson got hurt on a deep throw to Tyler Lockett, with his follow-through hitting the wrist of Rams defensive lineman Aaron Donald. After the incompletion, Wilson held up his bent middle finger.

Wilson returned for the next drive after getting his finger taped but threw just one pass on a three-and-out series.

As for Wilson’s attempt to go back into the game again, Carroll said, “He knew. He knew this wouldn’t help us.”

Wilson has never missed a start in his 10 NFL seasons. His streaks of 149 consecutive regular-season starts and 165 starts counting the regular season and the postseason are both the longest active runs among quarterbacks.

Journeyman Geno Smith then took over and led the Seahawks on a 10-play, 98-yard touchdown drive, going 5-for-5 for 72 yards and a 23-yard scoring strike to DK Metcalf. That was Smith’s first touchdown pass since 2017, when he played for the New York Giants.

Carroll said if Wilson winds up sidelined, Smith “showed that we are in good hands.”