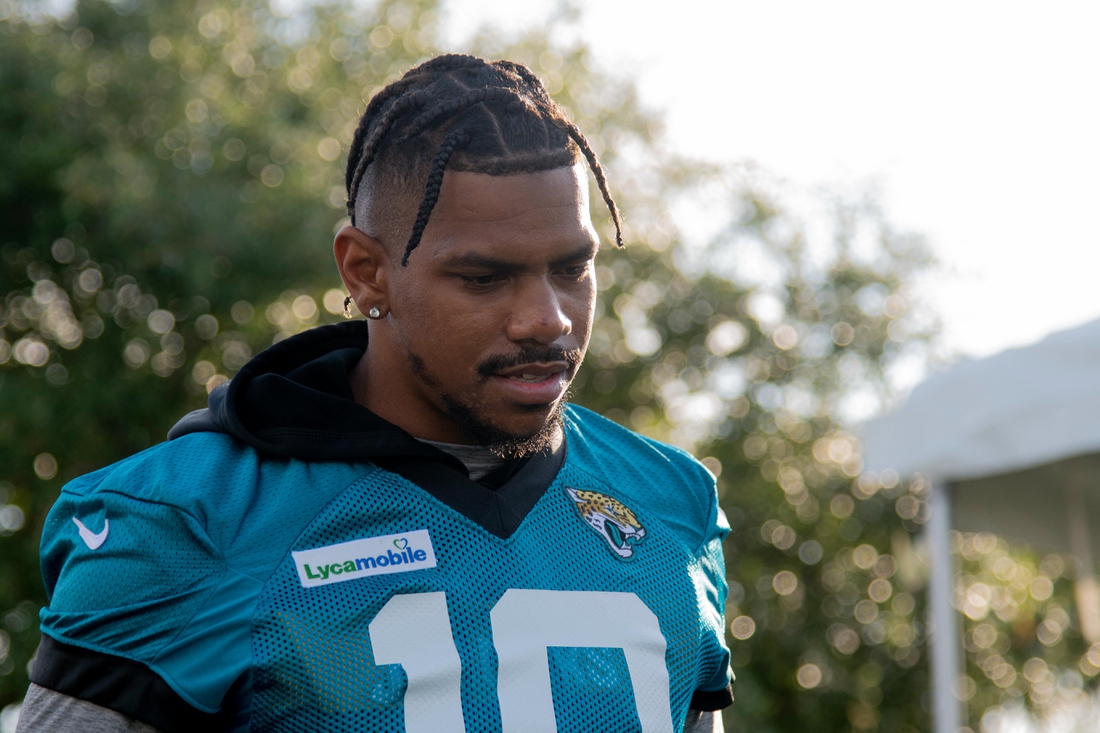 Pryor allegedly got into a phone argument with a woman, texting and calling her repeatedly, before striking the woman and throwing a deck chair at her.

The complaint says he then began throwing pumpkins at the windshield of her car, which he admitted to the officer who wrote the police report after denying hitting the woman.

Pryor was released on $100,000 bond under condition that he have no contact with the woman.

A hearing is scheduled for Oct. 19.

After an impressive collegiate career with the Buckeyes, Pryor was on NFL rosters for seven seasons.

His most productive season as a quarterback came in 2013 with the Oakland Raiders, when he threw for 1,798 yards with seven touchdowns and 11 interceptions. He later had a 1,000-yard season as a receiver with the Cleveland Browns in 2016.