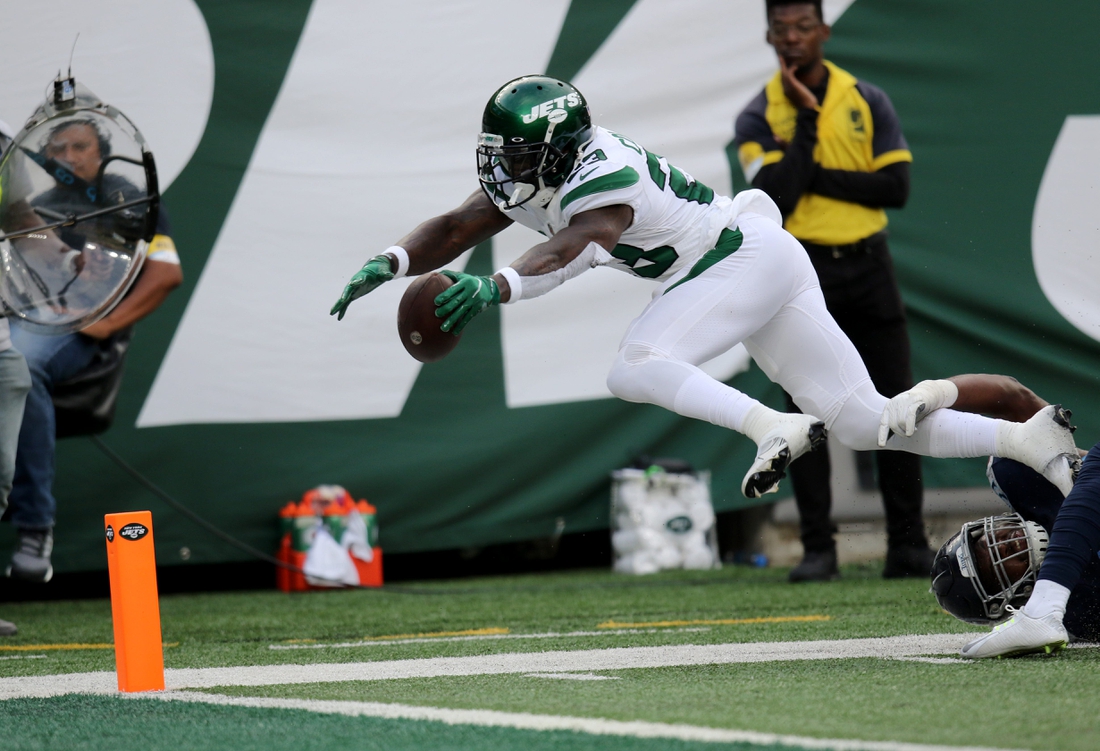 The NFL ventures halfway across the globe on Sunday when the New York Jets face the Atlanta Falcons in London.

The Jets (1-3) enter Tottenham Hotspur Stadium riding the momentum from their spirited 27-24 overtime victory versus the Tennessee Titans last Sunday.

Rookie quarterback Zach Wilson completed 21 of 34 passes for a season-high 297 yards and two touchdowns to make a winner out of first-year coach Robert Saleh.

“I feel like we’re getting better,” Saleh said. “More comfortable with the schemes. I’m hopeful. I see us getting faster, in all three phases playing at another speed on Sunday. There’s so much to be had. We’re getting more effective in techniques, and what I’ve asked of each player — to be responsible and be able to unlock their athleticism as we continue to grow, rack up reps and get faster.”

Rookie Michael Carter recorded his first career NFL touchdown with a 2-yard score late in the first half last Sunday. Fellow running back Tevin Coleman hasn’t found the end zone this season, but he is excited to face his former team.

While New York has a rookie quarterback at the controls, Atlanta (1-3) features grizzled veteran Matt Ryan under center. Ryan, 36, threw for 283 yards and four touchdowns in the Falcons’ 34-30 setback to the Washington Football Team last Sunday.

“(Ryan’s) a veteran that has been successful his entire career, one of the best in the league,” Saleh said. “He has tremendous arm talent, he’s one of the bigger competitors, a really, really, really good competitor. He’s a dog, always fighting. If he was mic’d up during the game, you’d hear more cuss words than you could imagine. He’s very talented.”

Saleh might drop a few cuss words of his own if he doesn’t contain Cordarrelle Patterson. The versatile star became the first running back in franchise history to record three receiving touchdowns last week.

Calvin Ridley is the primary receiving threat for the Falcons, but the team leader in catches (27) and receiving yards (255) did not travel with the club due to a personal matter.

Rookie tight end Kyle Pitts slowly is getting acclimated to the NFL after being selected by Atlanta with the fourth overall pick of the 2021 NFL Draft. He has six catches for 85 yards over his last two games.

Wide receiver Russell Gage and defensive lineman Marlon Davidson did not make the trip to London due to their respective ankle injuries.

Safety Erik Harris (calf) did not practice on Wednesday for Atlanta.

While Harris’ availability is in question, the Falcons definitely will be without cornerback Isaiah Oliver. The 25-year-old was placed on season-ending injured reserve Tuesday after being carted off the field with a knee injury against Washington.

“There are a lot of ways to attack it,” Falcons coach Arthur Smith said of addressing the long-term absence of Oliver. “Not necessarily every time do you have to go one-for-one when you have injuries.

“… There’s a lot of ways to do it. We can have multiple guys step up there and play different roles. You may naturally evolve into something else, could be a really good thing for you.”