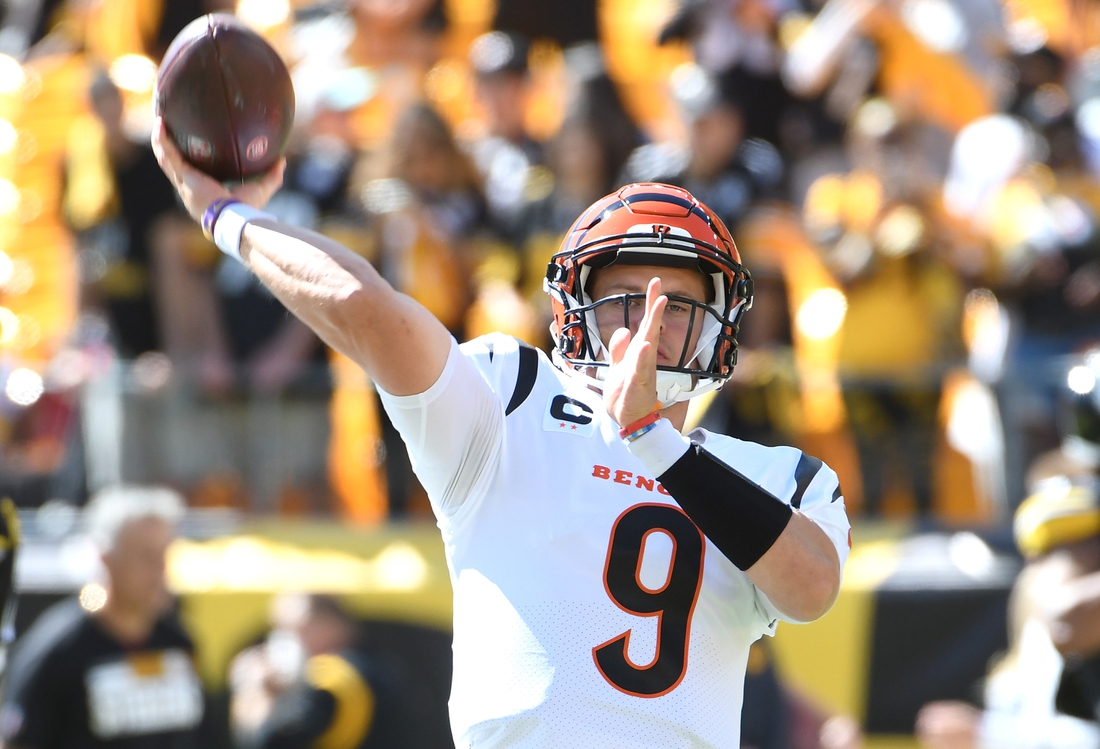 The mystique of the three-time MVP extends to opposing offenses, as well, putting rookie receiver Ja’Marr Chase and the Bengals’ attack on high alert before the ball is snapped that there may already be a shootout afoot.

“They’ve got Aaron Rodgers on their team,” Chase said. “Lord knows I respect that man. I’ve watched him come back in 36 seconds. Just the high praise of him, just sitting on the sidelines watching him play, we’re going to need to score. Put up more points than he does because of who he is.”

Of course, Chase wasn’t bashful about his own signal-caller, and why should he be?

While Rodgers keyed Green Bay’s 27-17 home win against Pittsburgh in Week 4 by passing for 248 yards and a pair of touchdowns to Randall Cobb and rushing for another score, the Bengals’ Joe Burrow was 25-for-32 for 348 yards and two TDs in a 24-21 home victory against Jacksonville.

“Joe sees it really well. I think that’s what it really comes back to is Joe sees it well,” Bengals coach Zac Taylor said. “We’re not always sitting back there just holding onto the ball. A good amount of it is quick stuff that gets it out of his hands and finds a matchup. And we also have stuff we feel like we can push the ball down the field and buy some time. So we just feel like it’s a good package for us and serves us well.”

Empty backfields also help to keep opponents honest in their bid to stop running back Joe Mixon, who did not practice Wednesday due to an ankle injury.

Green Bay enters on a three-game winning streak behind its aforementioned star-led offense, as well as a stout defense that ranks sixth in the NFL with 311.5 yards allowed per game.

The defense welcomed cornerback Kevin King and linebacker Krys Barnes back to practice this week after both players had been in the concussion protocol.

The Packers have rebounded from a season-opening loss to New Orleans by remaining aggressive and confident on both sides of the ball, though that spirit especially can be evident in the offense.

“Certainly any time we cross the 50, I want to go for it,” Green Bay coach Matt LaFleur said. “That was the struggle last game, when we punted from the 40. That just ate at my core.”

LaFleur and Taylor share ties from a previous stop with the Los Angeles Rams. LaFleur served as Rams offensive coordinator in 2017, while Taylor was the team’s assistant wide receivers coach.

“He’s a guy I will always root for,” LaFleur said,” except for this week.”

Cincinnati leads the all-time series 7-6 and boasts victories in three of the past four meetings. The Bengals are 2-0 against the Packers at Paul Brown Stadium in that stretch. Green Bay edged visiting Cincinnati 27-24 in overtime in 2017, the teams’ most recent meeting.